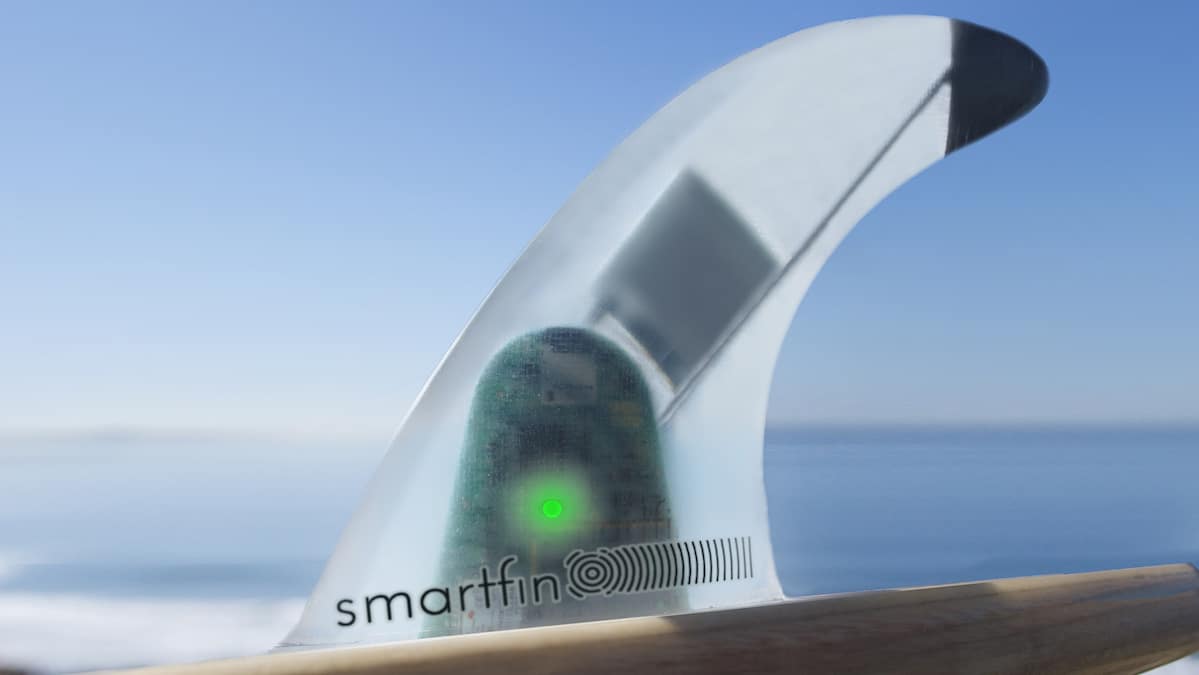 Who better to study the sea than a surfer?

That’s the big idea behind Smartfin, a U.S.-based non-profit that’s giving data-collecting “smart” surfboard fins to surfers. The fins collect a range of data, including temperature and location.

The fins are needed because scientists need more data about the warming of our ocean. Since the 1970s more than 90% of the excess heat from greenhouse gas emissions has entered the sea.

Innovations like the Smartfin project – decentralizing data collection and crowdsourcing solutions to our biggest problems – are just the kind of solution the World Economic Forum’s UpLink initiative is looking for.

“Most people who really call themselves surfers are out there, you know, almost every single day of the week and often for three, four hours at a time,” Smartfin’s senior research engineer Dr. Phil Bresnahan told Chemistry World. “I’m really a hobbyist compared to that.”

But it’s precisely the surfing pedigree of its scientists that has enabled Smartfin to break new ground in marine research. Because the inspiration behind Smartfins came from knowledge of an existing piece of kit.

Surfboards typically have fins mounted on the tail to improve stability in the water. The Smartfin team realized these fins could become powerful data-gathering machines if sensors were included.

The team also figured there was a gap in existing ocean data collection methods. The dynamic, choppy nature of coastal waters makes it hard for traditional sensors to operate. And buoy-mounted sensors are limited in number and have less flexibility.

Working with researchers from the University of California San Diego’s Scripps Institution of Oceanography, in 2017 a collaboration with local San Diego surfers was born. The project showed how a small group of citizen scientist-surfers could collect an entirely fresh dataset that was also accurate.

The San Diego trial informed today’s Smartfins, which are collecting motion data as well as temperature and location. This makes the readings even more valuable.

“This is enormously beneficial for researchers,” said Bresnahan. “No scientist would be able to do a whole lot with a temperature time series without their locations.” The team hopes to include pH detectors and optical sensors soon too.

But the data isn’t just “nice to have.” The International Union for Conservation of Nature (IUCN) warns that rising sea temperatures are not only damaging marine habitats like coral reefs; they are also impacting food security and causing more extreme weather events.

According to the Intergovernmental Panel on Climate Change (IPCC), since 1993 it is likely that the rate of ocean warming has more than doubled and it is virtually certain that by absorbing more CO2, the ocean is undergoing increasing surface acidification.

While the cost of Smartfin production is falling, the project still relies on donations and is not looking to become a mass market product anytime soon, project creator Andy Stern told Science Magazine.

Yet the desire to help protect a much-loved resource is motivating surfers to get involved in data collection.

“If doing what I love and being where I love to be can contribute toward scientific research with the ultimate goal of ocean conservation, then I’m stoked to be doing it,” says David Walden, Smartfin project participant at the Surfrider San Diego Chapter.

“The Smartfin Project is a joy that gives my surfing meaning. Rad!”