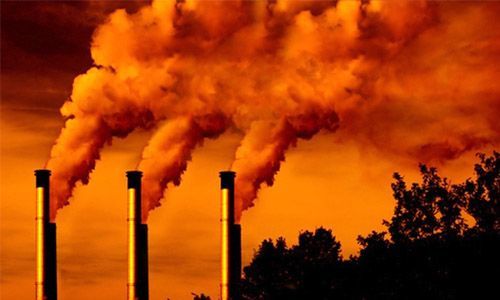 Dealing a major blow to President Obama’s climate change agenda, the Supreme Court on Tuesday placed a temporary hold on the Clean Power Plan Tuesday until all legal proceedings surrounding it have concluded.

This decision is not the final word from the justices. The case is likely to return to the Supreme Court after an appeals court hears a challenge made by a group of more than two dozen states led by West Virginia and Texas.

The temporary hold has proponents of the plan worried though, because it’s “an early hint that the program could face a skeptical reception from the justices,” The New York Times reported.

The White House said in a statement that it disagreed with the court’s decision and remained confident that it would ultimately prevail: “The administration will continue to take aggressive steps to make forward progress to reduce carbon emissions.”

Environmental organizations were quick to share their disappointment with the Supreme Courts decision.

“The Clean Power Plan is a flexible, economical response to the Clean Air Act’s mandate to regulate carbon emissions,” Ken Berlin, president and CEO of Climate Reality Project, said. “It is a grave disappointment that the same Supreme Court that made clear that carbon dioxide must be regulated as a pollutant, has now decided to stay enforcement of the Clean Power Plan pending a far fetched legal challenge.

“This disturbing development makes clear that people must demand that their leaders at all levels act on climate. One hundred ninety five nations spoke in one voice in Paris to say climate change is real, caused by humans and must be addressed urgently. There is no doubt that the Clean Power Plan is the United States’ path forward to turning the agreements made in Paris into a reality.”

The 5 to 4 vote, with the four liberal justices dissenting, was an unprecedented ruling, according to The New York Times, as “the Supreme Court had never before granted a request to halt a regulation before review by a federal appeals court.”

“If there was ever a Supreme Court decision that looked backwards instead of towards the future, this was it,” Jamie Henn, communications director at 350.org, said. “If left to conservatives on the court, we’ll be stuck addressing climate change with ‘all deliberate speed.’

“Make no mistake, this case was brought forward on behalf of the fossil fuel industry and companies like ExxonMobil who will hold back change by any means necessary, but their days are numbered. The American people overwhelmingly support efforts to fight climate change and momentum is on our side.”