Superbug Bacteria Resistant to All Antibiotics Found in the UK 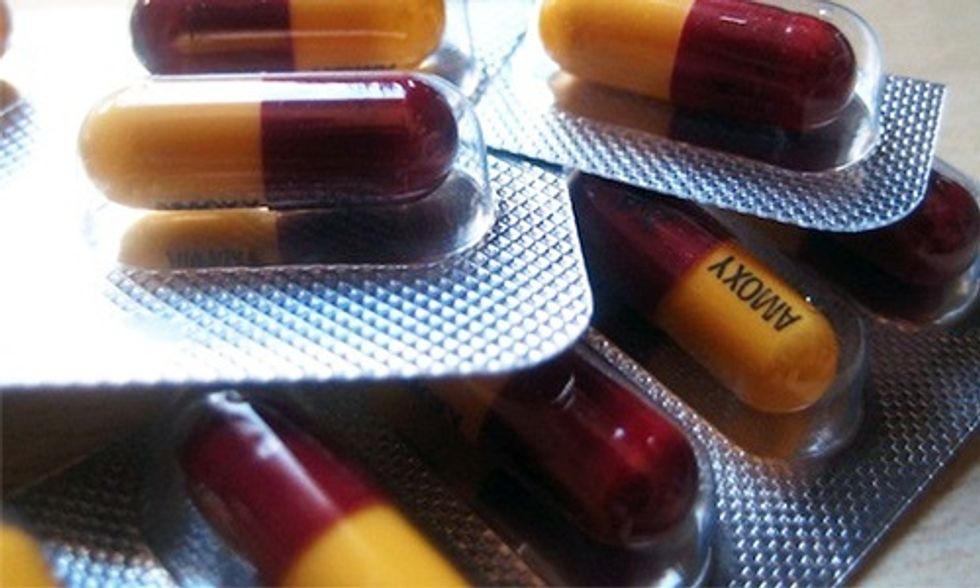 Following the discovery in the UK of bacteria that resist the most common antibiotic of last resort, a leading British expert is warning it is "almost too late" to stop a global superbug crisis.

News outlets reported Monday that UK government scientists have found a gene, known as mcr-1, that gives bacteria resistance to colistin, often used by doctors when other antibiotics fail. Such resistance was first discovered last month in China and in the past few weeks, the resistance gene has also been found in Denmark, France, the Netherlands, Portugal and in several Asian and African countries.

The rise of the so-called post-antibiotic era is widely linked to over- and misuse of antibiotics in industrial agriculture.

Public Health England found colistin-resistance in 15 of the 24,000 bacterial samples it keeps on record from cases between 2012 and 2015, including samples of salmonella and E. Coli.

According to the Soil Association's Alliance to Save Our Antibiotics campaign, scientists found the mcr-1 gene in E. coli from two pig farms, in samples from a pig and two separate patients. The E. coli from the human patients were also resistant to the critically important cephalosporin antibiotics, the Alliance noted. Meanwhile, the colistin gene was also found in 10 human salmonella infections and in salmonella from an imported sample of poultry meat.

The gene is reportedly found on mobile pieces of DNA, which means it can jump from farm-animal bacteria into bacteria causing human infections.

As the BBC wrote, "The concern is that colistin-resistance will now find its way into other superbugs to create infections that doctors cannot treat."

Indeed, Antibiotic Research UK director David Brown told the Press Association on Tuesday: "It is almost too late. We needed to start research 10 years ago and we still have no global monitoring system in place."

"I think we have got a 50-50 chance of salvaging the most important antibiotics but we need to stop agriculture from ruining it again," he said.

The Alliance to Save our Antibiotics echoed that call, with the group's scientific adviser Cóilín Nunan demanding the UK government "respond urgently" to the crisis.

"The routine preventative use in farming of colistin and all antibiotics important in human medicine, needs to be banned immediately," Nunan declared.

But Brown said it would take more than legislation to turn the tide. "When the public start demanding meat that has not seen antibiotics—because they understand that the meat may contain antibiotic resistant bacteria—only then will real progress be made," he argued. "We need education about the threat."

Meanwhile, in the U.S., superbugs kill at least 23,000 Americans every year "and the problem is only getting worse," wrote Anya Vanecek, public health digital campaigner for U.S. PIRG, in a blog post on Monday.

As the U.S. Food and Drug Administration's (FDA) own accounting showed in a report issued earlier this month, the sale and use of antibiotics for food-producing animals is actually on the rise, despite decades of warnings from scientists and health experts and the FDA's imposition of voluntary guidelines meant to lower the use of antibiotics on livestock and poultry.

Calling on the agency to "set a stronger, more meaningful plan to combat antibiotic resistance at one of its primary origins," PIRG's antibiotics program director Bill Wenzel wrote: "We now have definitive evidence that as long as producers are permitted to use antibiotics for disease prevention in animals that are not sick, antibiotics misuse on farms will continue."

"More must be done," he concluded. "Nothing less than a ban on the routine and unnecessary use of antibiotics on livestock and poultry will halt this trend and ensure that our life-saving medicines can remain effective for generations to come."