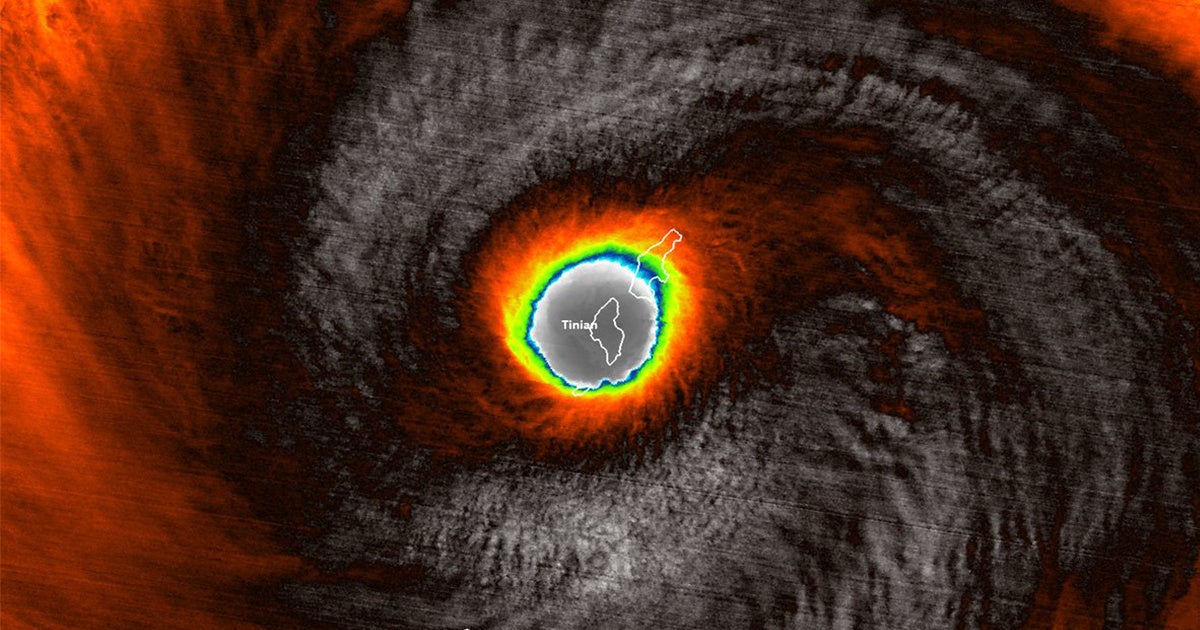 The storm hit with the power of a Category 5 hurricane when it struck the largest Northern Mariana Islands of Saipan and Tinian, home to 55,000 people, with winds of 174 miles per hour, knocking out power and water and destroying homes, CNN reported.

Commonwealth of the Northern Mariana Islands’ delegate to U.S. Congress Gregorio Kilili Camacho Sablan told the Associated press by phone that several people were injured and that the islands would need help to recover from the storm.

“There’s a lot of damage and destruction,” Sablan said. “It’s like a small war just passed through.”

Check out the eye of Super Typhoon #Yutu in the western Pacific, seen today from #Himawari-8. The ferocious Category 5 storm is packing 180 mph winds and quickly approaching the U.S. territories of Saipan, Tinian and Rota. More imagery: https://t.co/naIsWtiBev pic.twitter.com/mo7PW10PaP

The island of Tinian got a direct hit from the eye of the storm, and National Weather Service meteorologist Brandon Aydlett said both Tinian and Saipan would be unrecognizable after the storm passed. He said he had heard reports of wind tearing off roofs and blowing out windows.

“This is the worst-case scenario. This is why the building codes in the Marianas are so tough,” Aydlett said. “This is going to be the storm which sets the scale for which future storms are compared to.”

All of Tinian’s shelters are full, as are six of Siapan’s 10. There are currently around 200 federal emergency workers helping with recovery, Sablan said.

Glen Hunter, a 45-year-old who has lived on Saipan most of his life, told the Associated Press by Facebook message that he looked outside his home Thursday morning to find a palm tree uprooted and his neighbor’s house of wood and tin entirely vanished.

“My family stayed because we thought it’ll be fine,” she told CNN. “Now (we are) just trying to find something to eat and drink” and “looking for medicine under the rubble.”

Typhoon Yutu is the latest storm of the 2018 season to intensify rapidly over a short period.

Yutu is predicted to retain its intensity for 24 hours, then weaken slightly as it threatens Taiwan and the Philippines, CNN reported.