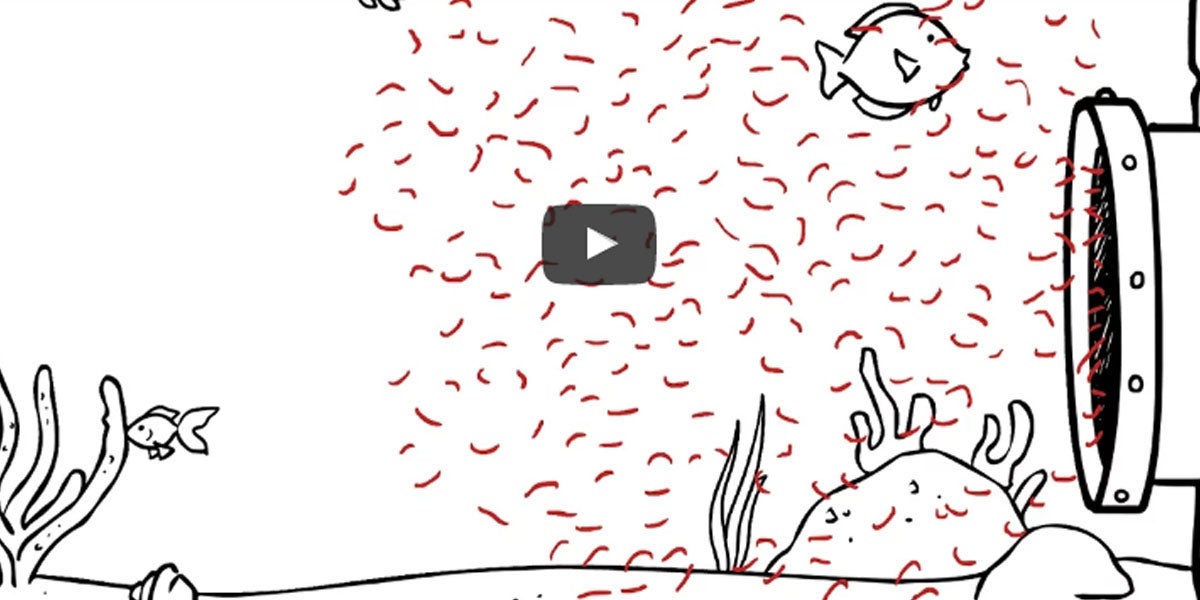 A new movie is putting pressure on the clothing industry to address a major emerging threat to aquatic life. Grounded in mounting scientific evidence, the 2-minute animated movie from the Story of Stuff Project calls attention to the issue of microfiber pollution from synthetic clothing.

Along with the movie, a global petition has been launched aimed at major apparel brands, demanding these companies pledge resources to developing solutions and make those pledges public.

Microfibers are tiny plastic threads shed from synthetic fabrics like polyester, rayon and nylon. These fabrics currently make up 60 percent of all clothing worldwide and their use as the dominant textile materials are dramatically on the rise. When washed, plastic microfibers break off and a single jacket can produce up to 250,000 fibers in washing machine effluent. Less than 1 mm in size, they ultimately make their way through wastewater plants and into marine environments where they have been found to enter the food chain. Microfibers make up 85 percent of human made debris on shorelines around the world according to a 2011 study.

“We understand that despite clothing manufactures best intentions, our workout clothes, dress shirts, favorite fleeces and even our underwear are polluting our waterways and, potentially, our bodies,” said Stiv Wilson, campaign director of the Story of Stuff Project. “This new movie is going to turn up the volume on this issue, expand public understanding and create a chorus of voices demanding accountability and transparency. Our goal is to unlock and encourage collaboration between the clothing industry, scientists, advocates and policymakers, so that we tackle this problem head on and out in the open.”

While some companies have started to suggest interim solutions, such as washing synthetics less or capturing the fibers with filters, the Story of Stuff Project and other advocates believe a larger, systemic solution, such as new fabric formulations, is the only true answer.

“Our society has overcome tremendous challenges in the past,” said Michael O’Heaney, executive director of Story of Stuff. “If we can put people on the moon, we can make fabrics and clothing that don’t pollute the environment and threaten public health.”