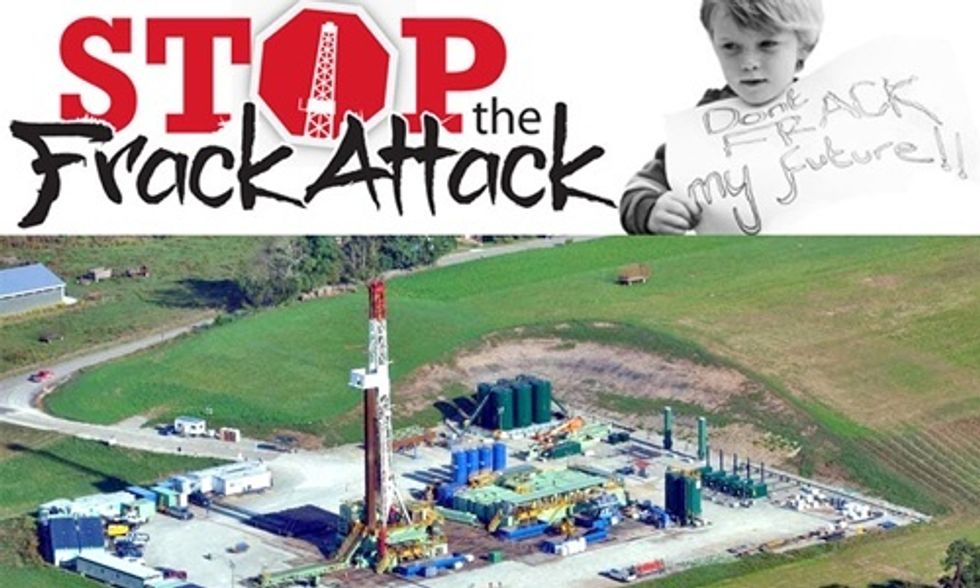 Journalist and author Chris Hedges, in his keynote speech at the Stop the Frack Attack conference in Denver, Colorado, declared that real change typically starts in the U.S. at the grassroots level, not the federal level.

Hedges' comment resonated with the conference's attendees, many of whom are focusing their organizing efforts at the state and local levels to slow down or halt shale gas drilling in their communities. "Any hope we have of overthrowing … corporate power will come with movements like this. It's going to come from the bottom-up," Hedges told the audience. "It's not going to come from the top-down."

Hedges worked at The New York Times for 15 years as a foreign correspondent and was part of a team of reporters that won a 2002 Pulitzer Prize for its reporting on terrorism. Since leaving The Times, Hedges has written a dozen books on American politics and society.

In New York, activists spent a half-dozen years pushing the state government to keep shale gas drilling out of their state. The work ultimately paid off when state officials in June 2015 announced that "after years of exhaustive research and examination of the science and facts, prohibiting high-volume fracturing is the only reasonable alternative." Most political observers believe the administration of New York Gov. Cuomo would not have banned fracking in the state if there had not been a strong grassroots movement against the practice.

In Colorado, the host state of the anti-fracking conference, the state Supreme Court recently agreed to hear two cases in which the gas industry filed lawsuits against cities whose residents adopted a bottom-up approach to shale gas drilling. In Longmont, Colorado, residents voted to ban fracking in 2012, and Fort Collins adopted a five-year fracking moratorium. Lower state courts had overturned the fracking restrictions after the Colorado Oil and Gas Association filed a lawsuit, saying that regulation of fracking is up to the state.

In a breakout session at the conference, Kirk Jalbert, manager of community-based research and engagement for the FracTracker Alliance, explained there are more than 1.1 million active oil and gas wells in the U.S. and that at least 15 million people live within one mile of a well. The FracTracker Alliance offers a do-it-yourself approach to tracking the industry by providing residents with tools to identify the location of energy industry activity in their communities.

The alliance recently released a free smart phone app that is designed to collect and share experiences related to oil and gas drilling. The app allows residents to track, monitor and report potential issues with drilling from their smart phones.

The investigative tools developed by FracTracker dovetail with Hedges' message that residents should remain vigilant about the actions of corporate interests in their communities. Hedges, whose latest book, Wages of Rebellion: The Moral Imperative of Revolt, lamented how political and corporate officials have succeeded in commodifying so much of the world, a concern shared by many in the audience who believe the energy industry views their communities solely as corporate profit centers. "Life has an intrinsic value rather than a monetary one," he told the audience.