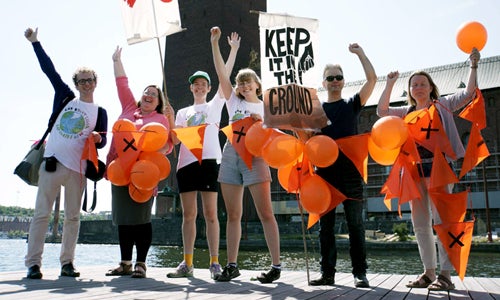 After one-and-a-half years of citizen-led campaigning, Fossil Free Stockholm declare victory today as the Swedish capital joins cities around the world in withdrawing their funds from coal, oil and gas companies. The amendment of the city’s investment policy has led to the withdrawal of approximately 30 million SEK from fossil fuel companies. 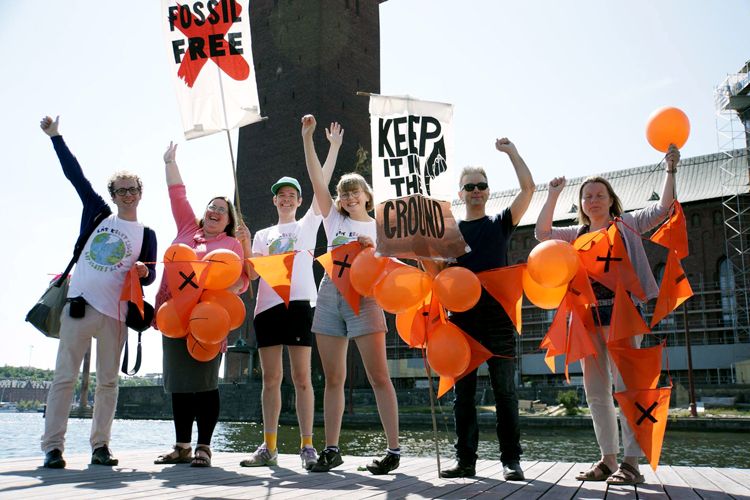 “Stockholm’s decision to divest from companies driving the climate crisis demonstrates that it’s no longer morally acceptable to invest in or support business as usual for the fossil fuel industry,” said Andrew Maunder who has campaigned with Fossil Free Stockholm for divestment for more than a year.

“Stockholm’s political leaders clearly understand that averting the climate crisis means doing everything in their power to keep any more fossil fuels from being burnt. We congratulate them on this historic decision and hope our national politicians are paying close attention, as they consider whether or not to keep Sweden’s own lignite reserves in Germany in the ground,” Maunder continues in reference to the upcoming decision over the sale of Vattenfall’s coal assets to foreign investor, EPH.

Stockholm joins Malmö, Uppsala, Copenhagen, Oslo, Paris and cities all across the world in cutting their financial ties to the fossil fuel industry.

“This year has seen unparalleled climate action with thousands of people taking to the streets, joining civil disobedience to keep Vattenfall’s coal in the ground and making creative calls for divestment,” Christian Tengblad, Swedish divestment organizer at 350.org, said. “As our capital city takes a stand against oil, coal and gas, our national government needs to follow suit and take responsibility for its carbon reserves by making sure the state-owned lignite in Germany never gets burned.”