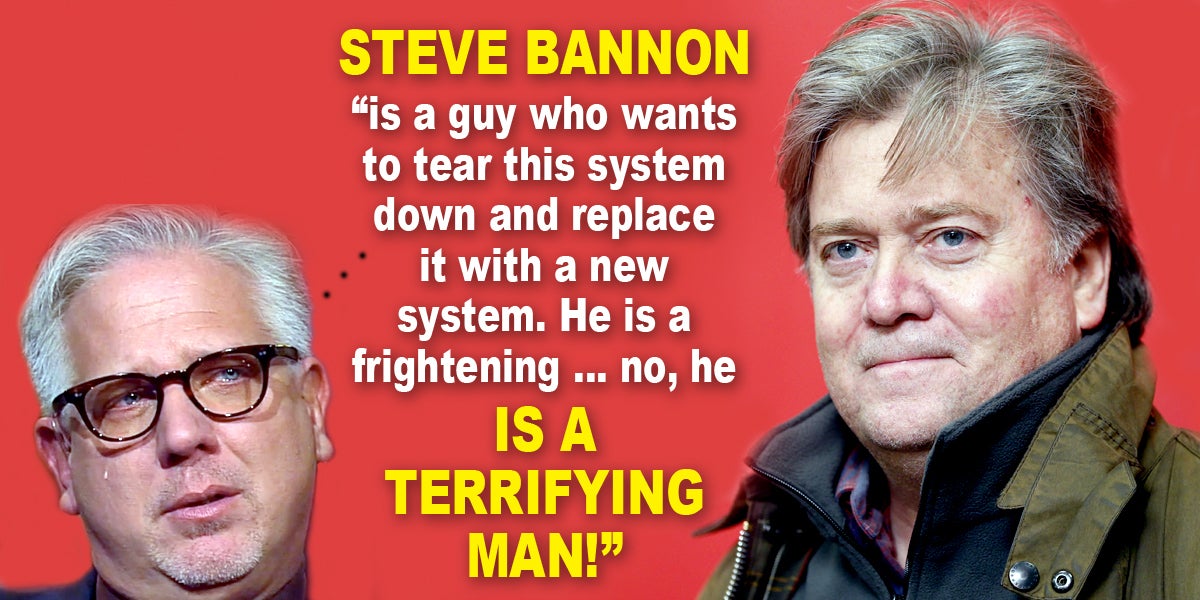 Donald Trump’s selection of Steve Bannon as his chief strategist and senior advisor is “terrifying” for many reasons. Stories published under his watch as executive chairman of the alt-right website Breitbart News include racist, homophobic and sexist rhetoric and headlines. Not only that, Bannon’s role as the president-elect’s top White House advisor is a major red flag to the climate movement.

Trump's War on the Green Blob Will Make (Almost) All of Us Richer, Happier, and Freer https://t.co/Vci4NkrZeU pic.twitter.com/WsUV7gEM9a

“President-elect Trump’s choice of Steve Bannon as his top aide signals that white supremacists will be represented at the highest levels in Trump’s White House,” a spokesman for Senate Minority Leader Harry Reid said about the former Goldman Sachs investment banker.

Even climate-denier Glenn Beck warned that Bannon “is a guy who wants to tear this system down and replace it with a new system. He is a frightening … no, he is a terrifying man. A terrifying man.”

While Bannon hasn’t specifically talked about his climate plans, he bragged to Mother Jones in July that his site had become “the platform for the alt-right.” Well, this platform harbors a clear disgust for environmentalists and environmental policy.

Let’s take a look at some of the anti-climate stories and sample quotes published by Breitbart writers.

1. “Trump’s War on the Green Blob Will Make (Almost) All of Us Richer, Happier, and Freer” by James Delingpole

Trump—who believes climate change is a hoax invented by the Chinese and literally said, “The wind kills all your birds” and solar is “not working so good”—has made no bones about his support of fossil fuels and vows to undo “all job-destroying Obama executive actions” such as the Clean Power Plan.

Just yesterday, the World Meteorological Organization (WMO) announced at the Morocco climate summit that 2016 will most likely be Earth’s hottest year and that “long-term climate change indicators are also record breaking.” The organization deemed October’s Hurricane Matthew as its “most significant” weather event due to the sheer number of casualties in Haiti (546 confirmed deaths and 438 injured as a result of the hurricane) and the major damage it caused in Cuba, Bahamas and in the U.S. southeastern coast.

“Because of climate change, the occurrence and impact of extreme events has risen. ‘Once in a generation’ heatwaves and flooding are becoming more regular. Sea level rise has increased exposure to storm surges associated with tropical cyclones,” said WMO Secretary-General Petteri Taalas. 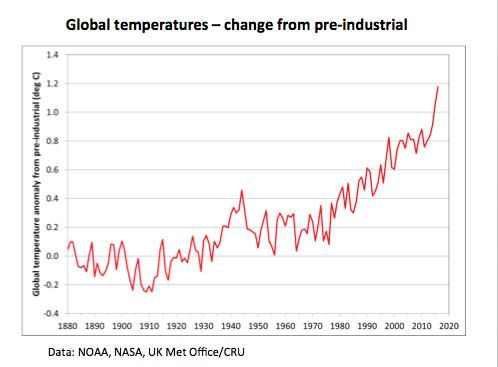 Hey, polls are polls (and there are always conflicting ones, at that). Despite the near-scientific consensus that human activity causes climate change, the unfortunate truth is that most Americans give environmental issues low priority. Climate change was all but ignored at the presidential debates, after all. Per the Washington Post: “Here’s a depressing statistic if you’re worried about climate change: 63 percent of Americans say they’re concerned about the issue, but only 47 percent think the government should do anything about it.”

With Bannon and a climate-denier-in-chief steering our ship, looks like any environmental regulation is getting tossed overboard. For the sake of our human existence, we can’t let that happen.