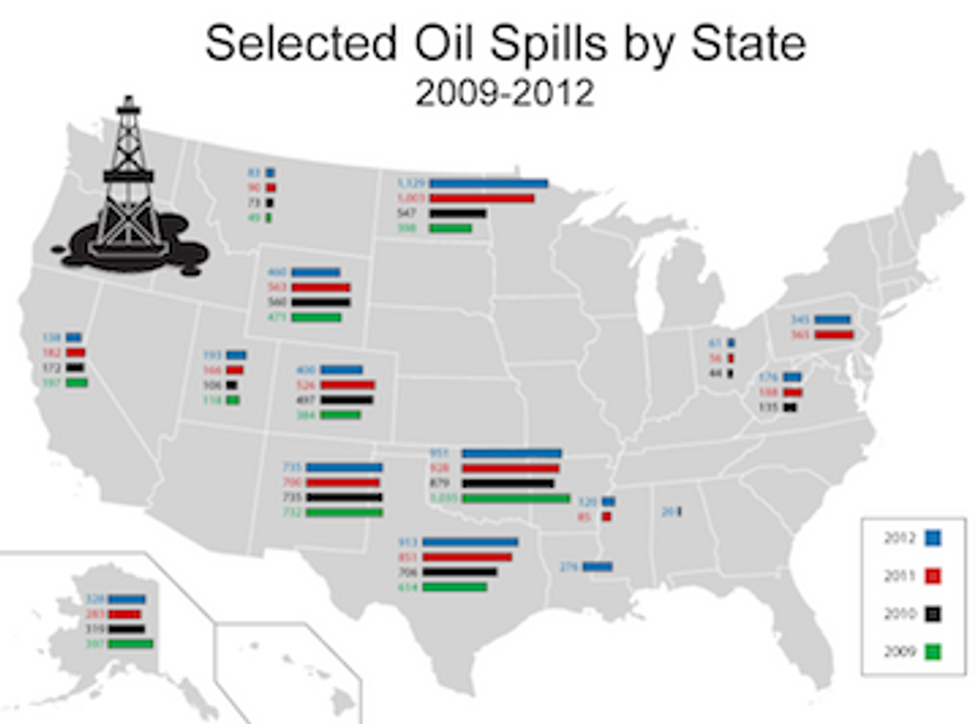 A scathing new investigation from EnergyWire confirms the worst fears of citizens across the country who live near fracking sites: state regulators are not doing everything they can to prevent oil and gas companies from repeatedly violating the law. EnergyWire spent months analyzing state records.

While the extensive investigation uncovers numerous violations, below are some of the most appalling findings:

Texas: In the last fiscal year there were 55,000 violations. If that weren't shocking enough, the state only sought enforcement for two percent of them.

Pennsylvania: In 2012, state regulators levied fines for only 13 percent of violations.

Wyoming: In 2012 there were 204 recorded oil and gas spills but only ten producers were fined. EnergyWire highlights a 2012 blow-out, where chemicals were spewed into the air near homes for three days with reported impacts to human health and the environment, but the operator was not fined one penny. One organic farmer reported that the air was so polluted that she couldn't see the barn from 200 feet away, there was a petroleum sheen in the water in their stock tank, and one of her daughters had nosebleeds for 29 straight days.

New Mexico: EnergyWire reports that regulators haven't issued one fine since 2009, when a judge ruled that the state doesn't have the authority to do so.

Local communities across the country are rightfully working to protect their citizens with rules, moratoria and bans that go beyond state standards. Industry fights these efforts with money and litigation, but it's no surprise that local governments want to take action when oil and gas companies are repeat offenders. Pro-industry regulatory systems need to be reformed, with stiff penalties to encourage meaningful changes in business practices. We also need stronger federal laws and enforcement, not only change at the state level.