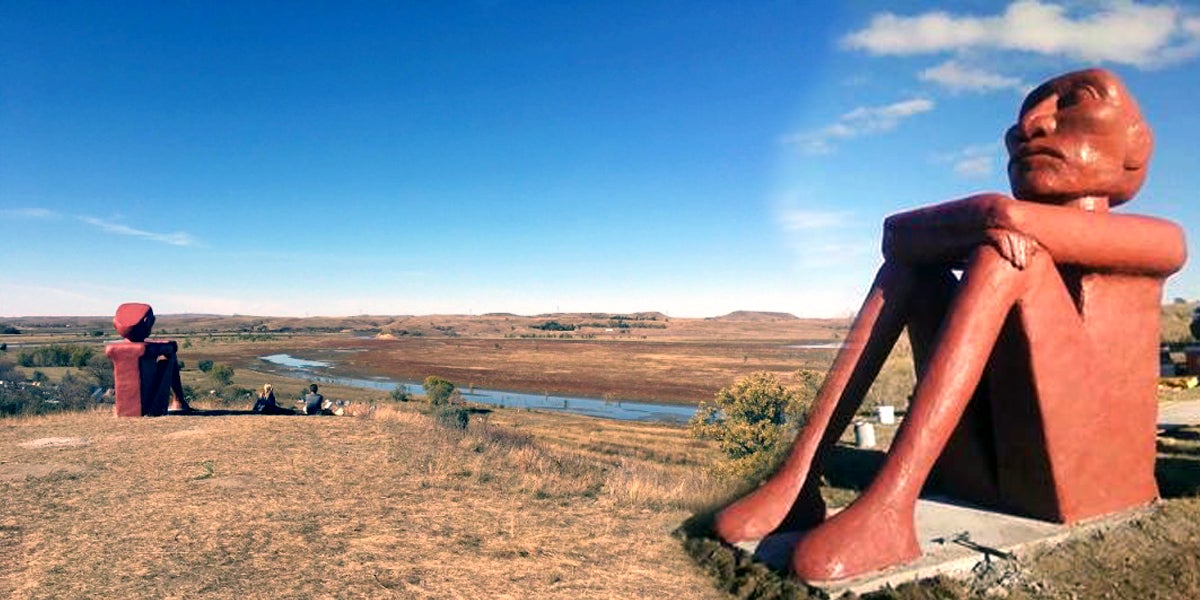 Since April, thousands of demonstrators have been camping out at the confluence of the Cannonball and Missouri Rivers on the Standing Rock Sioux reservation in North Dakota. These peaceful water protectors—representing more than 200 Native-American tribes, plus many nonnative allies—are demanding a halt to the construction of the Dakota Access Pipeline, which threatens the water and sacred land of the Standing Rock Sioux. Tensions are escalating—on the night of Nov. 20, North Dakota law enforcement deployed water cannons, tear gas and rubber bullets against the unarmed group in subfreezing temperatures.

On a hill above the Sacred Stone camp, a metal and concrete statue of a seated man surveys it all—the camp, the rivers, the impending construction, the often intense conflict—his expression calm but resolute. Not Afraid to Look, completed in October, is the work of Charles Rencountre, a Lakota artist based in Santa Fe, New Mexico.

Originally from South Dakota, Rencountre got his start as an artist 30 years ago by teaching himself to carve traditional, effigy-style Lakota pipes, as his grandfather did before him. Today Rencountre still focuses on effigies, though on a different scale, transforming the tiny carvings his ancestors made into monumental sculptures. 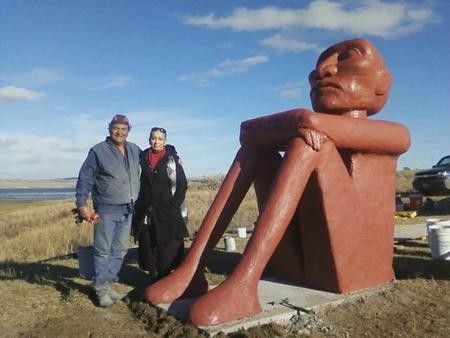 Friends of Not Afraid to Look

The statue at Standing Rock is based on one such effigy, a mid-19th-century Lakota pipe titled Not Afraid to Look the Whiteman in the Face. The piece features a bowl shaped like a white man’s head; on the stem, an American Indian man sits looking directly at him. The pipe was made during a time of intense conflict between indigenous tribes and the U.S. government.

“It was a really difficult time for our people. We’d pretty much lost everything we knew,” Rencountre said. “Some man out there in that world, that reality, was carving a pipe—it was a political piece that was saying, ‘We’re not afraid.'” 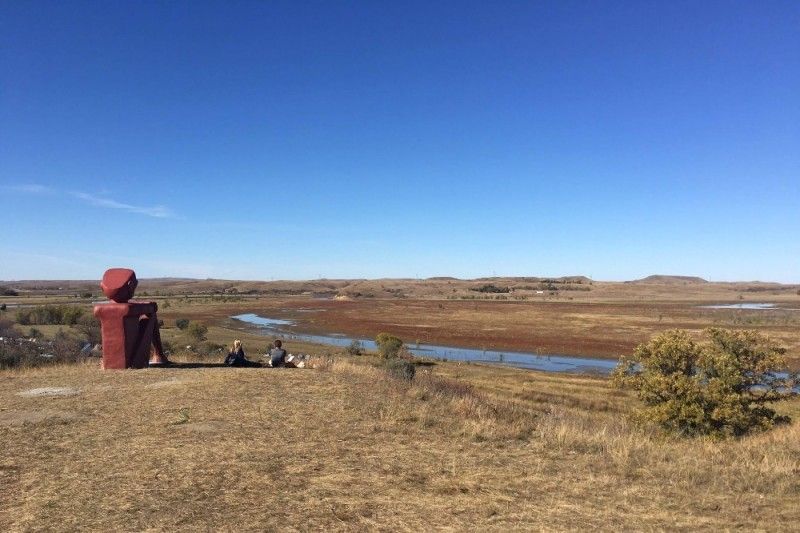 The Dakota Access Pipeline represents a modern-day threat to native rights. If completed, the $3.7 billion pipeline would transport 470,000 barrels of crude oil every day across four states from North Dakota’s Bakken region to a production facility in Illinois. Its path threatens sacred American Indian sites, including ancient burial grounds and the rivers’ confluence, and endangers the Standing Rock Sioux’s primary source of drinking water, Lake Oahe.

When Rencountre saw the movement happening at Standing Rock, he knew Not Afraid to Look belonged there. “Seeing that so many native tribes from across the nation had shown up at Standing Rock to support these folks that were protesting the pipeline … That was extremely powerful to me,” he said. Rencountre and his wife, fellow artist Alicia Marie Rencountre-Da Silva, decided to retain just the first half of the namesake pipe’s title to reflect the more diverse nature of today’s many environmental threats.

Rencountre and Da Silva are interested in creating art that builds community and this piece was no exception. Many at the Sacred Stone Camp pitched in, lending a hand with their carpentry and welding skills. With their help, Rencountre spent 30 days working from sunup to sundown. 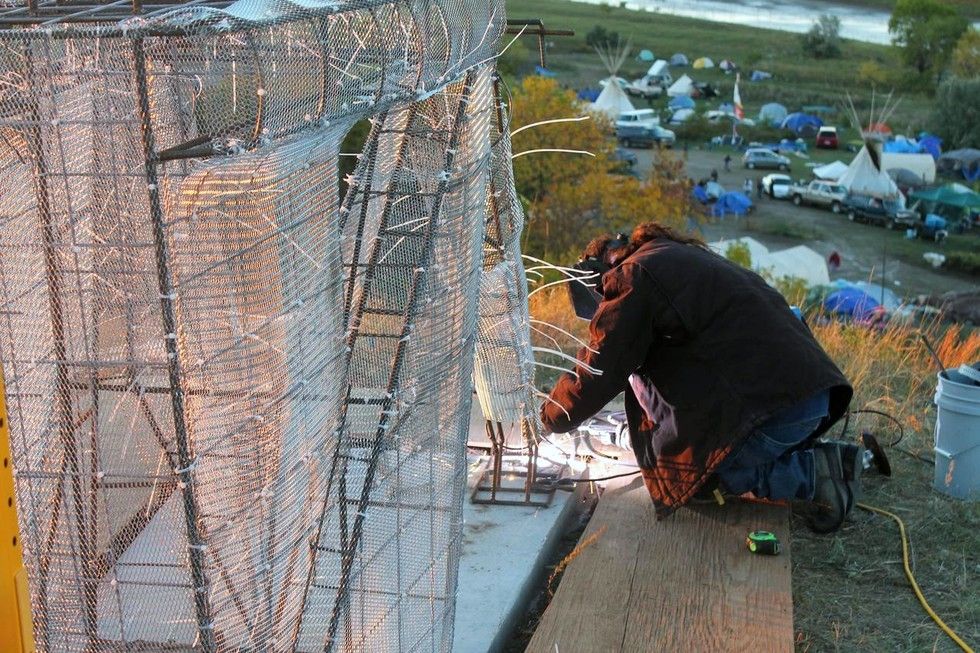 Friends of Not Afraid to Look

This isn’t the first time Rencountre has sculpted Not Afraid to Look. Another version of the statue sits outside the Museum of Contemporary Native Arts in Santa Fe, New Mexico. The husband-and-wife team envisions Not Afraid to Look becoming a symbol of strength for people fighting to protect natural resources around the world.

On Nov. 14, the U.S. Army Corps of Engineers halted construction of the pipeline pending further environmental review and consultation with the Standing Rock Sioux tribe. The CEO of Energy Transfer Partners, the parent company of the Dakota Access Pipeline, however, then stated: “If [protesters] want to stick around and continue doing what they’re doing, great, but we’re building the pipeline.”

Whatever happens next, Not Afraid to Look will be there for years to come as a concrete symbol of people’s power to stare down injustice.