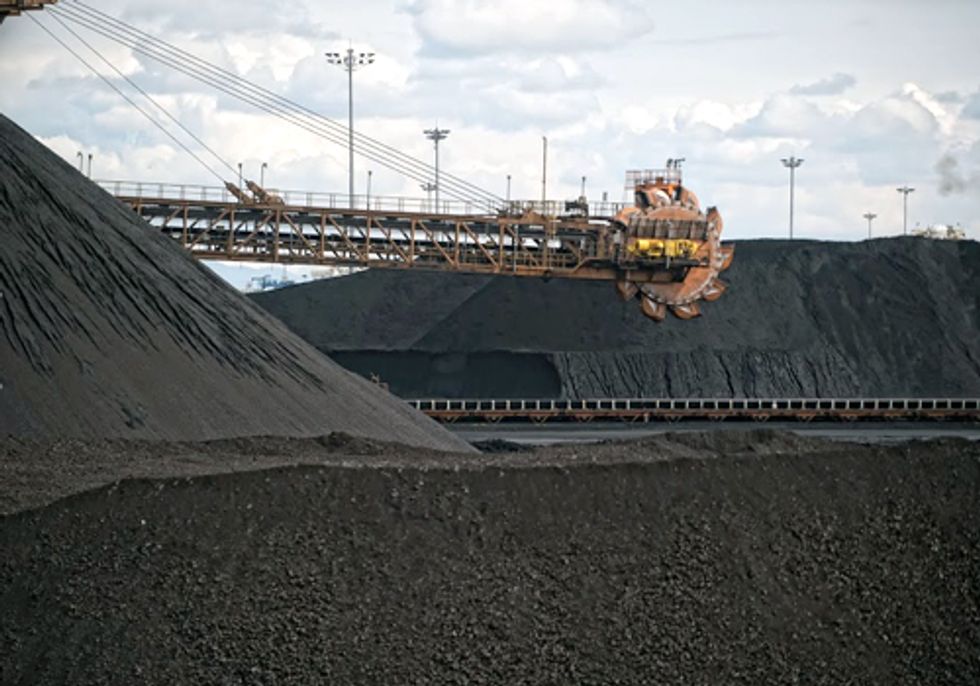 What has long been thought of as an energy issue primarily affecting the Pacific Northwest is now making its way to the Southeast: coal exportation. While the exportation of coal out of Southeastern ports is nothing new, all signs appear to point to a dramatic increase of coal traffic out of Southeastern export terminals over the next decade.

As highlighted in an earlier blog, the combination of lower gas prices and stricter environmental regulations have led many American utilities to begin decreasing their dependence on coal as a source of domestic electric generation. With natural gas prices expected to stay low throughout 2013, the amount of coal exported from the U.S. is anticipated to grow given current trends.

As exportation becomes a more popular choice for coal producers looking to sell their excess coal on the international market, it will become more important for the public to be aware and environmental advocates to educate themselves about the impacts that exporting coal will have on our region from fugitive dust and a displaced carbon footprint. Ultimately, it seems, we may simply be playing a climate shell game as we cut our coal usage and carbon emissions here in the U.S., only to ship that fuel overseas where it gets burned anyway and added to the global carbon emission budget.

As more U.S. utilities switch from coal to alternative forms of energy generation, the amount of coal exported by the U.S. is expected to rise. Natural gas prices are a predominant driver in this trend, but while prices are comparatively inexpensive in the U.S., they are considerably more expensive than coal in many other countries. Analysts predict that coal prices would have to rise in Europe by roughly $80 per metric ton before natural gas could become price competitive. This discrepancy between national and international natural gas prices, along with the increased industrialization of countries like China and India, accounts for the increasing demand of U.S. coal exports.

The International Energy Agency’s 2011 World Energy Outlook predicts that China will be using 70 percent more energy than the U.S. by 2035 (despite the fact that China’s per capita demand at that time will likely be less than half of that in the U.S.). As a whole, Asia is projected to use an additional billion tons of coal each year by 2016, with China adding almost 160 new coal plants and India adding almost 70. As a result, U.S. exports of coal are predicted to rise over the coming decade as coal consumption decreases in the U.S. Exports in 2012 reached 125 million tons, an amount well beyond the previous record of 113 million tons set in 1981. The more coal being exported each year, the more coal exportation terminals will need to be developed in order to meet growing capacity.

Currently, there are numerous fights being waged in the Pacific Northwest to combat expansion of their coal export terminals–residents are most significantly concerned about the increase in train transportation, which creates fugitive coal dust–a dangerous source of air pollution. In light of the controversy surrounding export terminals in the Northwest, coal companies nationally are hedging their bets and pursuing construction/expansion of terminals in the Southeast to ensure their coal can make its way to international markets. Although no clear connection can be made between a specific coal terminal plan in the Southeast and the delay of terminals in the Pacific Northwest, it is clear that one way or another coal companies are going to find a way to ship their coal overseas.

In 2012, there were some major announcements to expand export capacity in the Gulf Coast. Kinder Morgan Energy Partners announced plans to invest approximately $400 million to expand its Gulf Coast terminal network. Storage company Oiltanking announced it would be developing a new export terminal for coal and pet coke in Port Sulphur, Louisiana and, depending on demand, the terminal could handle 10 million short tons annually.

In July 2012, Peabody Energy, the world’s largest private coal company, announced that it would begin using ports in Houston and New Orleans to ship Colorado Powder River Basin coal to international markets. Peabody’s planned expansion would more than double its export capacity along the Gulf Coast–between 5 million and 7 million tons annually from 2014 to 2020. Most of this particular coal is bound for Peabody’s European markets. As part of their Gulf Coast expansion, Peabody has an agreement with Union Pacific Railroad to transport coal from its Colorado mines to its Houston terminals.

The surge in U.S. coal exports is unsettling and should be getting more attention from the public at large and the environmental community in particular. Along with increased air pollution from the transport of coal cross-country in the form of fugitive coal dust, the increase of U.S. coal exports presents us with a philosophical and climate dilemma: even if the U.S. greatly decreases its own dependence on coal generated electricity, is it fair to say that we are actually reducing our carbon footprint if we simply play a shell game by sending coal overseas to supply international coal plants?

We must recognize that in increasing exportation of our domestic coal, the U.S. is actually just exporting its carbon footprint along with its coal. Instead of focusing energy and resources to expand our coal export infrastructure, the U.S. should be concentrating on building our own renewable energy generation resources and implementing robust energy efficiency measures. As long as the U.S. is meeting the international demand for coal, and international natural gas prices remain high, our citizens and environment will continue to see destructive mining practices, like mountaintop removal coal mining, and we will be no closer to lowering global carbon emissions and reducing the destructive impacts of climate change.