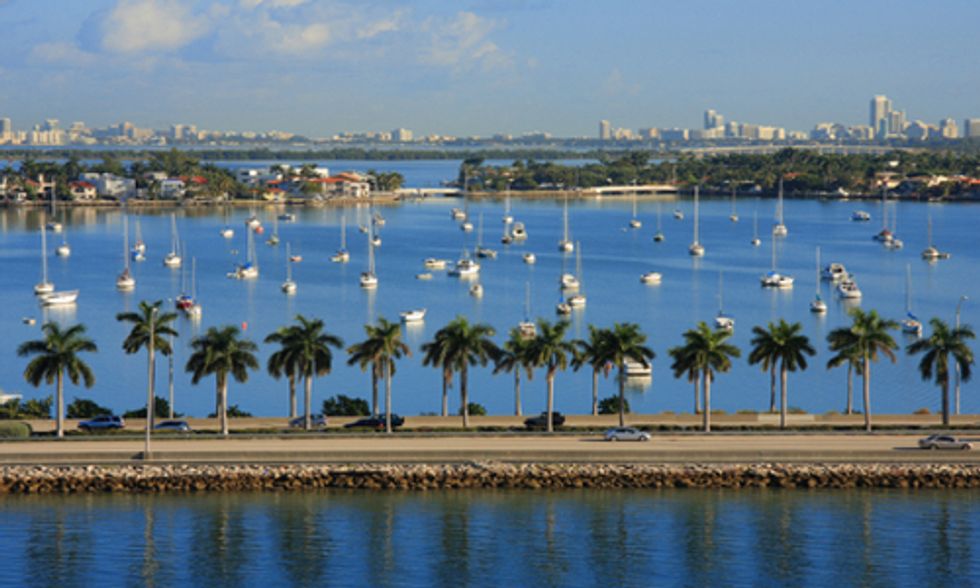 Some may remember a politically motivated proposal to split California into six separate states floated earlier this year. That was basically a proposal by a wealthy venture capitalist for the rich areas to take their ball and go home, leaving the poorer areas to fend for themselves. By last month, it had failed to collect enough signatures to make the 2016 ballot and most likely would have died on a national level, no matter what Californians decided, since it would require Congressional approval.

Now a similar proposal is being floated in Florida. And while some media has blown this up into another political food fight, given the historic rancor between its southern coastal cities and its more conservative north where the capital of Tallahassee is located, it actually has a more specific motivation.

The mayor and city commission of South Miami recently passed a resolution calling for the separation of Florida into two states, North Florida and South Florida. The vote was 3-2. It's full of "whereases" but here's the key one:

"whereas, climate change is a scientific reality resulting in global warming and rising sea level; and"

And you people in Tallahassee aren't doing a DAMN thing about it! Ok, they didn't put it quite like that.

The resolution concludes that "The creation of the 51st state, South Florida, is necessary for the survival of the entire southern region of the current state of Florida."

“It’s very apparent that the attitude of the northern part of the state is that they would just love to saw the state in half and just let us float off into the Caribbean," South Miami Mayor Philip Stoddard told the Orlando Sentinel. "They’ve made that abundantly clear at every possible opportunity and I would love to give them the opportunity to do that.”

With its combination of hurricane frequency and its low-lying land exposed to the ocean making it vulnerable to sea level rise, Florida's southern end is already feeling the impacts of climate change. Earlier this month, Miami Beach held King Tide Day, marking the year's highest tide, to draw attention to how rising sea levels have worsened the flooding it causes in that city. Scientists and even groups of evangelicals have been trying to meet with Gov. Rick Scott to talk with him about the need for action of climate change impacts to the state and found him generally unresponsive. (He's in a tight battle to retain his job with Democrat Charlie Crist, who has advocated for more aggressive action on climate change).

According to the Natural Resources Defense Council, "Florida's valuable coastal property and key tourist resources will be damaged by the most obvious result of global warming: rising sea levels. In low-lying areas, anticipated sea level rise could force water to flow horizontally as much as 400 feet or more inland—flooding shoreline homes and hotels and eroding Florida's famous beaches. Freshwater supplies that feed cities, agriculture and tourist centers may be endangered by salt-water intrusion. Sea level rise, rising temperatures and alterations in rainfall will also combine to harm the very coastal ecosystems such as the Everglades and coral reefs that make Florida a unique and appealing destination. These changes will alter the $45 to $50 billion annual revenue from Florida's tourist economy."