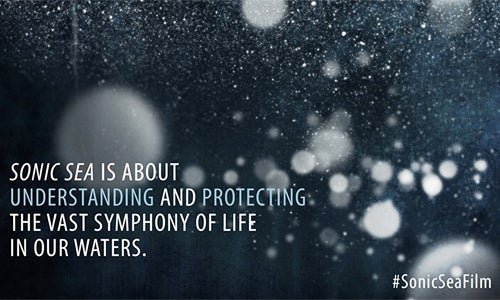 Beneath the surface of our oceans lies a finely balanced, living world of sound, most of which we never hear topside. But to whales, dolphins and other marine life, sound is survival, the key to how they navigate, find mates, hunt for food, communicate over vast distances and protect themselves against predators in waters dark and deep. 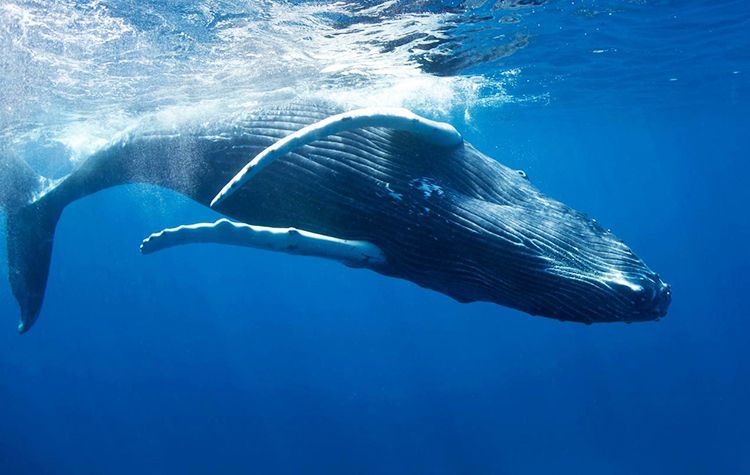 The seas have become so loud, in places, that these great animals are drowning in noise that threatens their health, their future and their very lives. Photo credit: Ethan Daniels / Shutterstock

Our oceans, though, have become vast junkyards of industrial noise — often louder than a rock concert — from commercial shipping, military sonar and seismic blasts that test for oil and gas. The seas have become so loud, in places, that these great animals are drowning in noise that threatens their health, their future and their very lives.

On May 19, the Discovery Channel will premiere an important new Natural Resources Defense Council (NRDC) film that documents this shattering underwater peril. Sonic Sea calls on us to turn down the volume before it’s too late.

Naval sonar drills leave whales disoriented and impaired. They can go silent and abandon their habitat and some even become stranded and die in a desperate bid to escape torturous noise. Watermen report entire populations of fish vanishing across broad ocean regions after oil and gas seismic blasting. And in a world where a staggering 60,000 commercial tanker and container ships are plying the seas at any given time, each one as loud as a nearby thunderstorm to area marine life in the area, the onslaught of undersea noise has become relentless, doubling roughly every decade.

For animals that live by what they hear, more and more of our oceans are sounding like the factory floor: too loud for conversation at the center of their life. North Atlantic right whales off the coast of Boston regularly lose up to 80 percent of their communications range, their ability to process sound drowned out by commercial shipping. And it’s getting harder to find sanctuary — anywhere.

To the future of marine life worldwide, deafening noise is hardly the only threat. It is compounding the stress ocean life faces a growing litany of environmental ills.

Climate change is raising ocean temperatures, threatening coral reefs. When we burn coal, gas and oil, we put carbon pollution in the air. Much of that carbon settles into our seas, raising the acidity of global waters in a process called ocean acidification, impairing the ability of shellfish to grow strong shells. On top of all that, our seas are confronting chronic overfishing, chemical pollution, oil and gas production and a global tide of plastic waste.

By compromising the ability of whales, dolphins and other marine life to feed, reproduce and protect themselves, ocean noise is undermining the natural resiliency species need to cope with these other threats.

The sea is where life on Earth begins. If our oceans die, we won’t survive. And here’s the thing: Ocean noise is a problem we can solve. Like a summer night when the fireworks end, our oceans return to their natural soundscape when we turn down the noise. That’s what NRDC has been working to do for the past two decades, standing at the forefront of the fight against ocean noise worldwide.

Last year, we won a court settlement to protect whales, dolphins and other marine mammals from powerful sonar during routine U.S. Navy tests and exercises off the coasts of Hawaii and Southern California. Naval security and readiness remain sound. We don’t have to harm or kill some of the most majestic creatures on Earth to safeguard our seas and shores.

We’ve also sued the oil and gas industry over seismic blasting that threatens marine life, winning important improvements in the way such testing is done in places like the Gulf of Mexico. And we helped persuade the United Nations International Maritime Organization to adopt guidelines for reducing low-frequency ocean noise from commercial ships. There’s far more, though, that we must do.

Better shipping technology and practices, changes in military exercises and tests and stronger safeguards against seismic blasting at sea can all go a long way toward reining in the acoustic assault on our oceans. And we need forward-looking action plans from the U.S. Navy, the Interior Department, the Transportation Department and the National Oceanic and Atmospheric Administration, the federal agencies that produce or manage noise in the sea.

To quiet the world’s waters, though, we all need to raise our voices. That’s what Sonic Sea is all about: increasing awareness of this growing threat and building a worldwide community of citizen advocates to help us turn down the volume on undersea noise.

The award-winning film is narrated by Oscar-nominated actress Rachel McAdams. It features interviews with the Grammy award-winning musician and environmental activist Sting, as well as the renowned oceanographic explorers and educators Sylvia Earle and Jean-Michel Cousteau. It was produced by NRDC and Imaginary Forces in association with the International Fund for Animal Welfare and Diamond Docs. And it was directed and produced by NRDC’s multimedia and film director, Daniel Hinerfeld, along with Michelle Dougherty, a director with Imaginary Forces.

Thank you, New York City, for an incredible premiere. Don't miss #SonicSea, May 19th at 9/8c on @Discovery. pic.twitter.com/5waqz6Y82A

I hope you’ll join me in tuning in to watch this documentary on the Discovery Channel May 19. Then, together, let’s speak up to turn down the noise that threatens our oceans — and threatens us all.