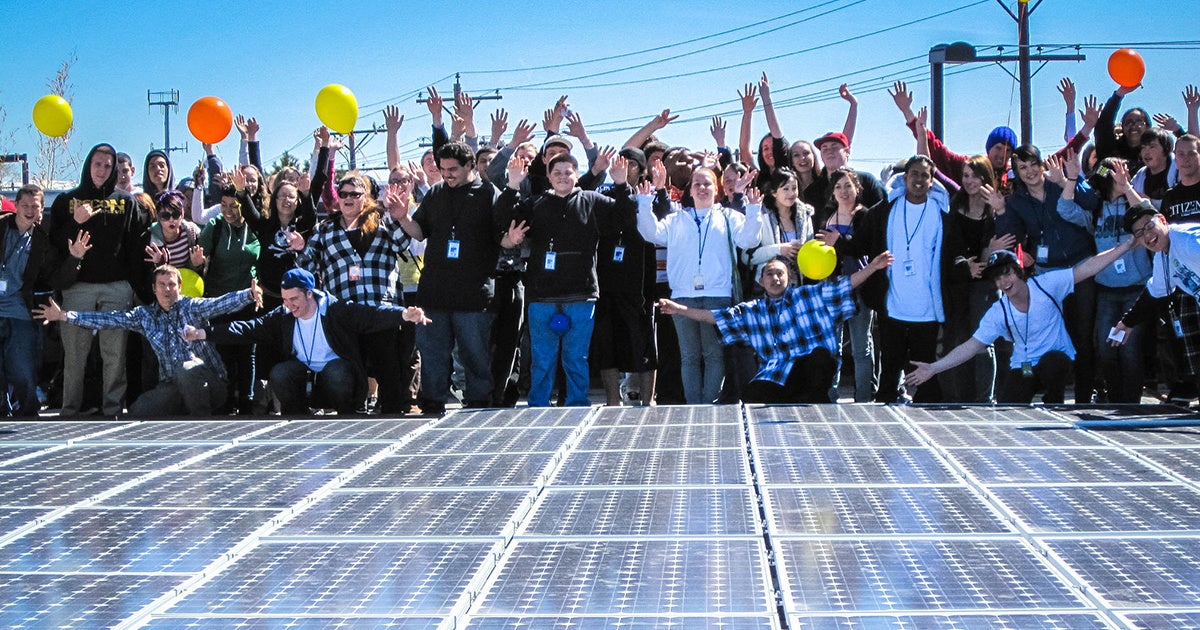 When a city decides to transition from fossil fuels to clean energy, headlines follow. But the work has only just begun. Cities have many options for generating and purchasing renewable electricity, each of which comes with distinct benefits and challenges.

Large, off-site projects tend to offer scale and help make a measurable difference towards locally-defined renewable energy goals. But they can be legally and financially complex and harder to sell to elected officials and residents. For this reason, the first renewable project that a city undertakes is often based in its own community. This might be an on-site solar project, which is installed at the same location where the electricity is consumed. Or it could be a community solar program, which allows residents to subscribe to a shared solar project within the community.

These kinds of projects visibly demonstrate a local government’s dedication to climate action. The clean electricity they provide to municipal facilities and residents can reduce community-wide greenhouse gas emissions.

But fewer emissions and cleaner air aren’t the only reasons that cities want to go renewable. Many are using local solar projects to achieve broader community benefits and align with other priorities. These include saving money, creating local jobs, expanding renewables access to low-income residents, and advancing local resilience.

Generating wind and solar is increasingly more competitive or cheaper than other forms of energy. That means switching to renewables can help municipal governments save taxpayers money. Nevertheless, the upfront cost of installing solar can be daunting to cash-strapped local governments.

One way a city can manage costs is by entering into an on-site physical power purchase agreement (PPA), a financial contract in which a solar developer owns and maintains a solar photovoltaic system that is installed on a municipally-owned building and sells the electricity to the city at a discount. A PPA allows a local government to leverage one of its key assets — land and roof space — in exchange for a cheap, fixed-term source of clean electricity.

This is exactly the kind of arrangement completed by Washington, DC. In April 2018, Mayor Muriel Bowser gathered community members to announce the completion of a 10.9 megawatt system comprised of on-site solar projects spread across 35 municipally-owned properties, including schools, hospitals and recreation centers. Over the 20-year term of the contract with developer Sol Systems, Washington anticipates saving million from reduced electricity costs.

Fayetteville, Arkansas used a similar model to make progress toward its goal of achieving 100 percent municipal use of clean energy by 2030. In November 2018, Fayetteville’s City Council signed an agreement with Ozarks Electric Cooperative and Today’s Power, Inc. to install 5 megawatts of solar panels and 12 megawatt-hours of battery storage at each of the city’s two wastewater treatment plants, which combined make up about two-thirds of municipal electricity use. The 20-year project is expected to save the city million.

In 2018, the U.S. added 110,000 net new clean energy jobs, outnumbering jobs from fossil fuels by about three to one. Leading cities are working to bring these well-paying jobs to their own communities.

In August 2018, Philadelphia’s Office of Sustainability released a roadmap for how the city can reduce carbon emissions 80 percent from 2006 levels by 2050 while emphasizing equity and community health. Local stakeholders encouraged the city to take a holistic view of energy and climate action when developing the plan and identify the potential for co-benefits such as job creation and air quality improvements.

Leading the roadmap’s implementation is the Philadelphia Energy Authority (PEA), an independent municipal authority that provides targeted expertise for local energy efficiency and generation efforts and facilitates the purchase of energy services on behalf of the city. PEA is leading the Philadelphia Energy Campaign, an effort that leverages billion in public and private financing to invest in clean energy and energy efficiency. The Campaign is expected to create more than 10,000 jobs for Philadelphia residents in 10 years and create 0 million in savings for the local economy. 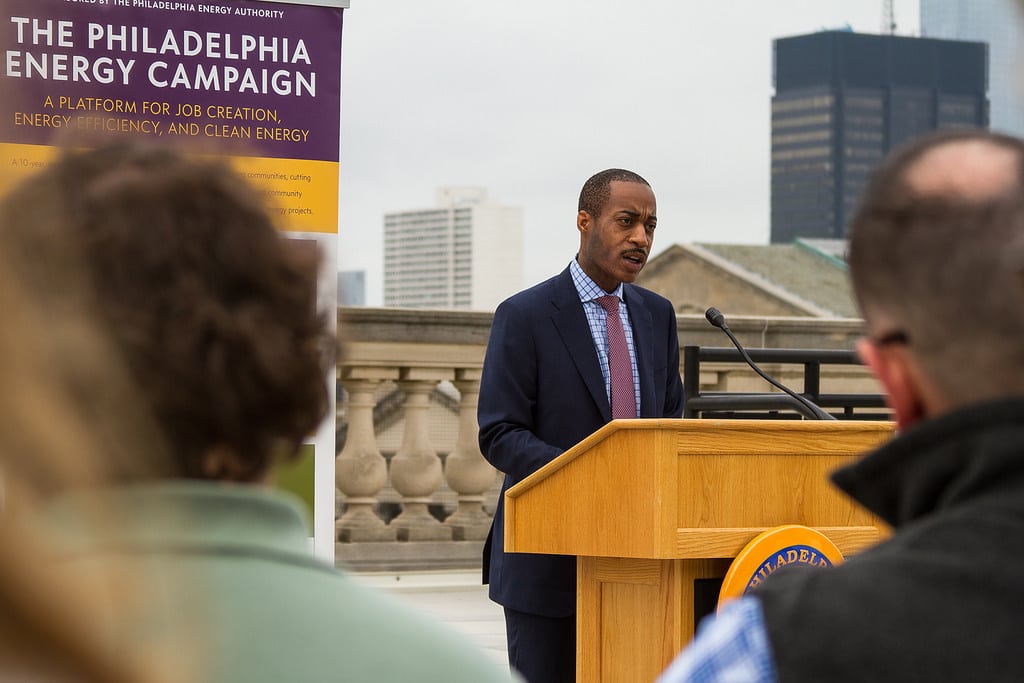 3. Expanding Clean Energy Access to Residents Who Can’t Install Solar on Their Property

To bring clean electricity to renters and low-income communities, cities are launching innovative community solar programs, which allow residents to purchase a share of a solar installation and reap the benefits of clean energy (including cost savings) without having to physically install panels on their property.

Austin, Texas spearheads multiple initiatives to meet the solar requirements in the city’s renewable portfolio standard — for example, solar rebates and a utility green pricing program that allows customers to pay a premium for wind projects from across the state. However, wealthier residents tend to take advantage of these programs more often than those from low-income neighborhoods: Austin zip codes with an above-average median family income received 75 percent of all solar rebates in 2017. To expand solar access more equitably across the community, Austin Energy has created a community solar program and is piloting an innovative shared solar solution that targets hard-to-reach solar markets, like multi-family affordable housing and non-profits.

Programs like these are more than just feel-good — they offer financial benefits to those who need it most. Minneapolis, which has one of the most successful community solar programs in the country, saves money for 92 percent of their solar subscribers, and nearly a third of the program serves public entities such as schools.

In addition to cost savings, renewable energy projects can also increase community resilience. Pairing renewable energy with storage or microgrids can reduce dependence on the grid in times of natural disaster.

Too often, city resilience efforts begin with a catastrophic local event. In September 2013, Boulder, Colorado experienced a 100-year flash flood event that caused fatalities, widespread power outages and critical infrastructure damage. As part of the recovery, Boulder sought to rebuild in a more resilient way that would mitigate the risks and damages of future floods. The city partnered with Boulder Housing Partners (BHP), an affordable housing developer, to implement a solar-plus-storage system that allows operations to continue during emergencies. It includes electric vehicle charging stations to ensure that emergency transportation is available even if the grid is down.

Similarly, Santa Barbara County, California was ravaged by a series of wildfires in late 2017, followed by disastrous flooding and mudslides in the following year. Besides suffering extensive property damage, cities and towns in the area dealt with a series of widespread power outages. Perched at the edge of the Pacific Ocean, the community is located at the end of Los Angeles’ transmission line, where natural disasters can quickly leave residents in the dark. To reduce grid dependence, local cities like Santa Barbara and Goleta are exploring the potential to pair distributed renewable electricity generation with a microgrid and storage to mitigate future power outages.

To achieve their clean energy and climate goals, cities will need to take a creative portfolio approach to renewable energy procurement that combines the tangible benefits of local solar projects with the scale of innovative large, off-site procurement options. The portfolio of renewable energy solutions will vary from city to city and should be paired with energy efficiency initiatives that reduce future electricity demand and enable a net zero-carbon electricity system. Successful implementation of local solar projects can be an effective first step to build momentum for other more ambitious renewable projects.