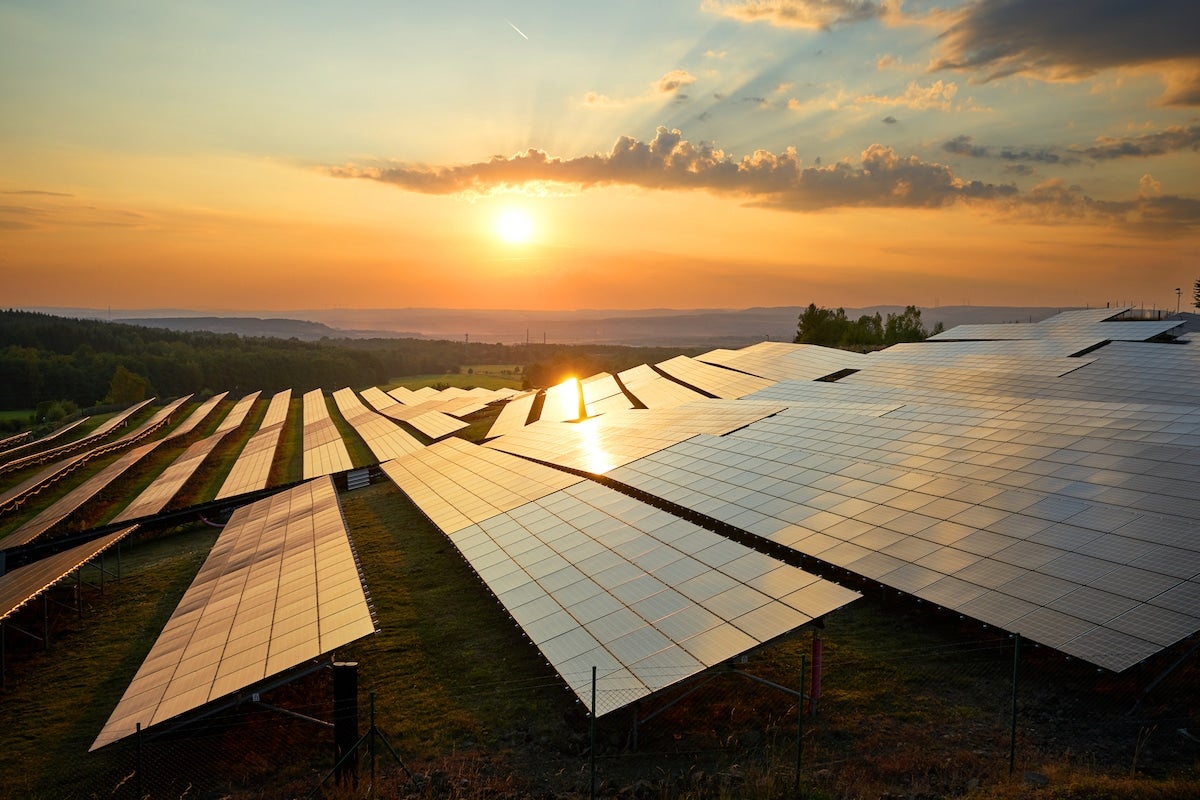 A solar farm at sunset in the Czech Republic. Milos-Muller / iStock / Getty Images Plus

Solar panels are a popular form of harvesting clean energy, but they aren’t without their limitations. They work best in bright, direct sunlight, so overcast and rainy days can limit energy efficiency. As for nightfall, solar panels can’t work without direct or indirect sunlight — at least for now.

A team of researchers, including researchers from the School of Photovoltaic and Renewable Energy Engineering at UNSW Sydney and the ARC Centre of Excellence in Exciton Science, have made a breakthrough in infrared technology that could lead to the development of solar panels that work at night.

“In the late 18th and early 19th century it was discovered that the efficiency of steam engines depended on the temperature difference across the engine, and the field of thermodynamics was born,” Exciton Science associate investigator and lead researcher Nicholas Ekins-Daukes said in a press release. “The same principles apply to solar power — the sun provides the hot source and a relatively cool solar panel on the Earth’s surface provides a cold absorber. This allows electricity to be produced. However, when we think about the infrared emission from the Earth into outer space, it is now the Earth that is the comparatively warm body, with the vast void of space being extremely cold. By the same principles of thermodynamics, it is possible to generate electricity from this temperature difference too: the emission of infrared light into space.”

For now, the amount of energy produced in the tests is incredibly small compared to solar panel output, about 0.001%. But it does show hope in developing solar panels that can produce energy, even at night. For now, the team is looking to do more research and form industry partnerships.

“We usually think of the emission of light as something that consumes power, but in the mid-infrared, where we are all glowing with radiant energy, we have shown that it is possible to extract electrical power,” Ekins-Daukes said. “We do not yet have the miracle material that will make the thermoradiative diode an everyday reality, but we made a proof of principle and are eager to see how much we can improve on this result in the coming years.”

These aren’t the only scientists looking to create solar panels that operate 24/7. Rune Strandberg, a researcher from Norway, was the first to explore the possibility. Currently, researchers at Stanford University are also testing alternate methods of harnessing thermal energy in the dark.