Solar Panels to Be Installed Above California Canals 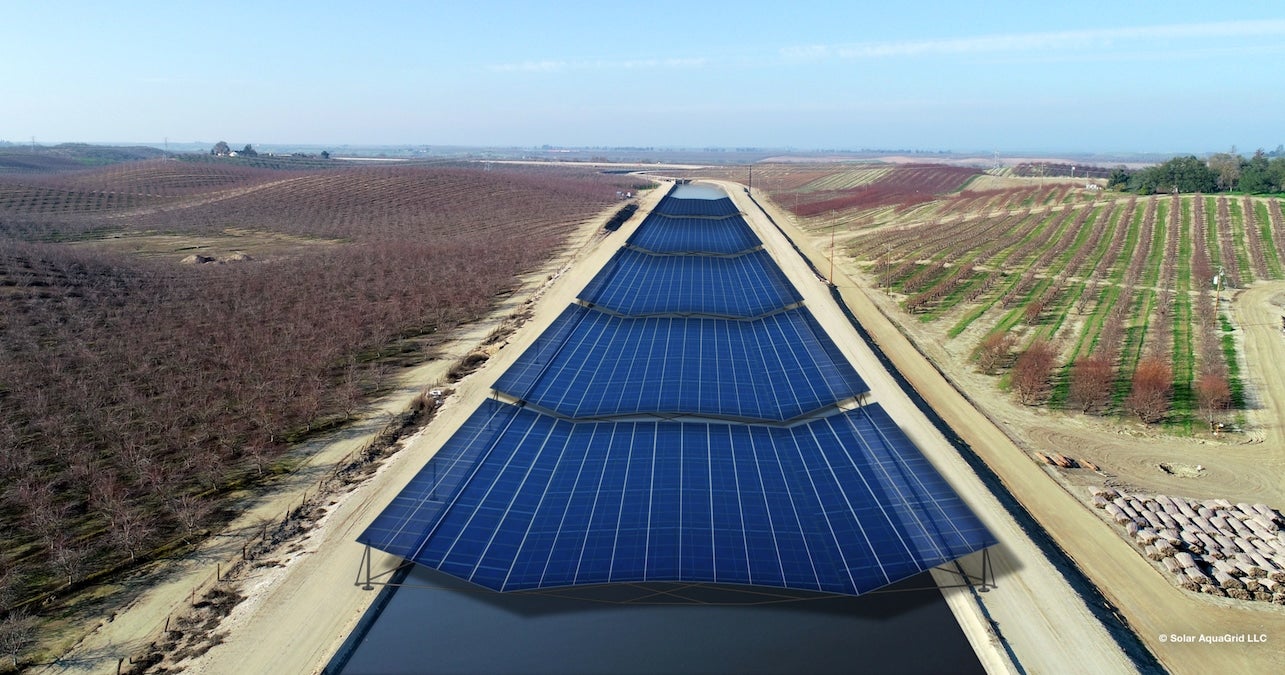 An artist's rendering of solar panels above a canal. Project Nexus

Solar panels are coming to two California canals. The “Project Nexus” follows research from the University of California-Merced finding substantial benefits for water quality and delivery, in addition to the benefits of renewable power generation.

This first-of-its-kind pilot project will install solar arrays over two canals (one 25-feet wide and one 110-foot-wide) in the Turlock Irrigation District, allowing operators to monitor and evaluate the arrays’ impacts on water quality and evaporation and learn more about the potential maintenance and logistical issues involved with installing and operating solar panels over the canals.

“In today’s world and how we are operating our system, saving every possible drop of water for future beneficial use is something that we are really trying to focus on. And so, any potential water savings is a water benefit to our ratepayers and to our growers,” Josh Weimer of the TID said.

As reported by PV Magazine:

Solar AquaGrid LLC founders recognized the untapped opportunity to put a lid on evaporation by shading California canals, as is done in Europe, where canals are lined with tree cover, and in India, where canals are being covered with solar panels, and began their investigation, forming a unique public/private/academic collaboration to advance California’s Solar Over Canal initiative. The company commissioned the study at the University of Merced through the Sierra Nevada Research Institute and UC Water.

“Research and common sense tell us that in an age of intensifying drought, it’s time to put a lid on evaporation,” said Jordan Harris, CEO of Solar AquaGrid. “Our initial study revealed mounting solar panels over open canals can result in significant water, energy, and cost savings when compared to ground-mounted solar systems, including added efficiency resulting from an exponential shading/cooling effect. Now is the chance to put that learning to the test.”

(Climate Nexus is not connected to the project.)