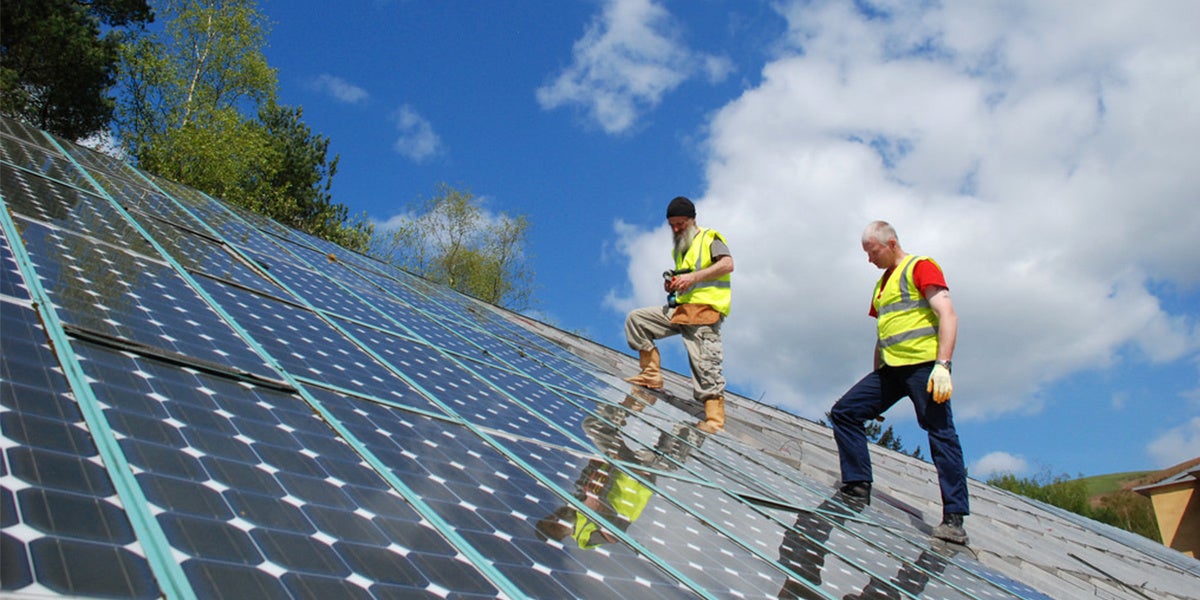 This 3.8 percent decline was driven by a number of factors, from a slowdown of utility-scale and residential solar installations to the industry’s uncertainty over
President Trump‘s tariffs on imported solar panels.

“After six years of rapid and steady growth, the solar industry faced headwinds that led to a dip in employment in 2017, including a slowdown in the pace of new solar installations,” said Andrea Luecke, president and executive director at The Solar Foundation. “Uncertainty over the outcome of the trade case also had a likely impact on solar jobs growth.”

President Trump’s decision last month to impose 30 percent tariffs on imported solar panels and related equipment was made to protect domestic manufacturers but was criticized by most of the solar industry. The
Solar Energy Industries Association warned that the decision would effectively cause the loss of roughly 23,000 American jobs this year.

However, the sector remains positive about the long-term outlook.

“While the industry faces challenges ahead, including higher costs as a result of the new tariffs, the demand for low-cost, reliable, and sustainable energy shows no sign of slowing down,” George Hershman, president of
Swinerton Renewable Energy, said. “In the years ahead, we are confident that solar will continue to create jobs and grow local economies across the United States.”

Lynn Jurich, the co-founder and CEO of
Sunrun, noted that while the tariff “restrained the industry in recent months, the fact remains that solar energy is the lowest-cost, cleanest, most abundant and accessible energy source in the world.”

The Solar Foundation report showed that the number of U.S. solar jobs boomed 168 percent in the past seven years, from about 93,000 jobs in 2010 to more than 250,000 jobs in 2017—a trend that swamps other energy industries such as
coal and nuclear energy.

There are some other bright spots in The Solar Foundation’s eighth annual report.

While the two states with the largest number of solar jobs nationwide saw a drop in employment (California by 14 percent, Massachusetts 21 percent), solar jobs increased in 29 other states and the District of Columbia last year. This includes states with emerging solar markets, such as Utah, Minnesota, Arizona, Colorado, Pennsylvania, New Jersey, New York and Tennessee.

“We will continue doing everything we can to protect our environment and our health, while building an even stronger
clean energy economy in Minnesota,” Dayton added.

Here are other key findings from the report: