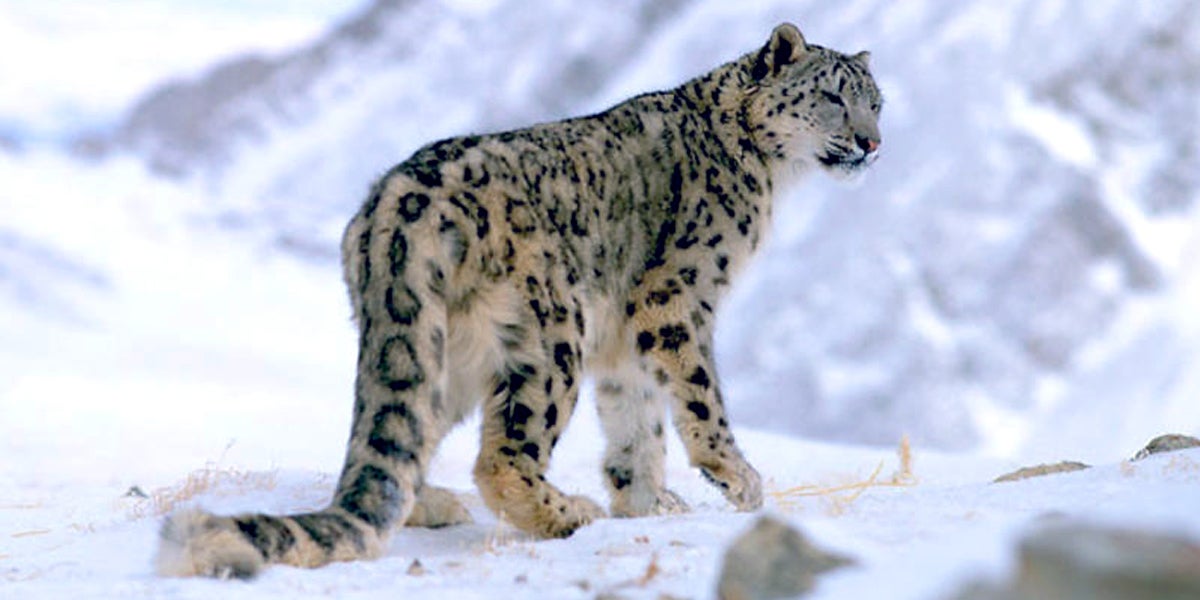 With possibly as few as 4,000 snow leopards surviving in the wild, a new report from TRAFFIC has found that hundreds of the endangered big cats are being killed illegally each year across their range in Asia’s high mountains.

Published ahead of today’s UN meeting on snow leopards and International Snow Leopard Day on Sunday, An Ounce of Prevention: Snow Leopard Crime Revisited estimates that between 221-450 snow leopards have been poached annually since 2008—a minimum of four per week. But this number could be substantially higher since many killings in remote areas go undetected.

Combatting poaching and illegal trade of snow leopards is a key objective of the Global Snow Leopard Ecosystem Protection Program (GSLEP), which unites all 12 snow leopard range countries with intergovernmental and non-governmental organization partners. The GSLEP Secretariat is among the organizers of today’s UN meeting.

Using a combination of methods, including seizure records, market surveys and expert interviews to provide the first quantitative estimates of the scale of snow leopard poaching and trafficking since 2003, the report found that the majority of snow leopards are killed in retaliation for attacks on livestock (55 percent) or by non-targeted methods, such as snares (18 percent).

Only 21 percent of snow leopards were poached specifically for the illegal trade in their pelts and products. However, the report found that over half the retaliatory and non-targeted poaching incidents result in opportunistic attempts to sell, contributing to the estimated 108-219 snow leopards that are illegally traded each year.

Interestingly, the report also found a steep decline in the number of snow leopards observed in trade and in markets, particularly in China, which suggests that demand could be falling—perhaps due to increased enforcement.

“Even if there is reduced demand for snow leopard skins, the killing will continue unless we all work together to drastically reduce human-wildlife conflict and ensure that local communities can co-exist with snow leopards,” said Rishi Sharma, World Wildlife Fund Snow Leopard Program leader and co-author of the report. “Compensation schemes and innovative predator-proof corrals are making a difference but we urgently need to expand these to benefit communities—and snow leopards—across Asia’s high mountains.” 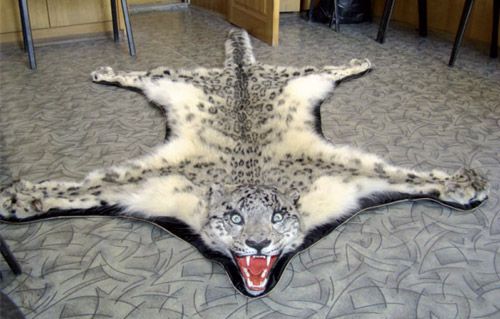 The report calls on governments to mitigate human-wildlife conflict by preventing snow leopards from killing livestock, offsetting the costs of livestock losses and expanding community-based conservation programs. It also recommends strengthening both national and transboundary law enforcement, especially as less than a quarter of known cases of snow leopard poaching were investigated and just 14 percent were prosecuted.

The report also recommends that TRAFFIC maintains the snow leopard crime database that was developed as part of the current research. The database contains records of seizures and observations of snow leopard killing, capture and trade dating back to 1989.

“The snow leopard crime database is a critical resource for everyone involved in efforts to reduce poaching and illegal trade in the species and will help to target interventions at key points across snow leopard range,” said Kristin Nowell, lead author of the report. “But we need to expand efforts to monitor activity on the internet and social media as snow leopard traffickers may be moving online to try to evade law enforcement.”

According to the report, more than 90 percent of the reported snow leopard poaching occurred in five range countries: China, Mongolia, Pakistan, India and Tajikistan. Nepal was also flagged for having relatively high poaching levels considering its relatively small population of snow leopards. China and Russia were most frequently identified as destinations for animals poached in other countries. Afghanistan has also been a major illegal market for snow leopard furs over the past decade.