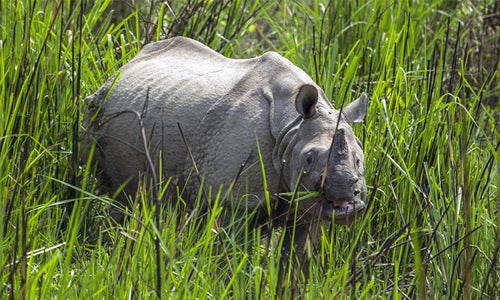 Nepal marked two consecutive years since its last rhino was poached on May 2, 2014. This exceptional success is a result of a combination of high-level political will and government entities and the active involvement of conservation communities.

The country achieved two other periods of 365 days each of zero rhino poaching since 2011. 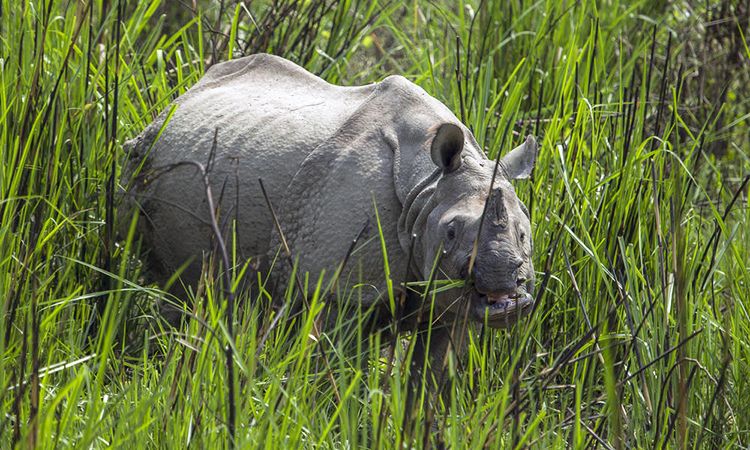 “It takes a whole country to achieve conservation success like zero poaching and Nepal has just done that one more time,” said Shubash Lohani, deputy director of World Wildlife Fund’s (WWF) Eastern Himalaya Ecoregion program. “This rare success gives us a hope for a better future for rhinos and WWF is proud to be a partner of the Nepali government and people in achieving this success.”

Much of the country’s zero-poaching achievements is rooted in a coordinated national response that includes improved protection efforts within national parks and surrounding buffer areas and the use of a software system that helps rangers identify poaching hotspots, improve rapid response measures and understand the impact of anti-poaching efforts.

Thanks to these efforts, more than 645 one-horned rhinos now live in Nepal—the highest recorded number in the country so far. These robust protection efforts will continue on, with the hope of reaching an additional 365 days of zero rhino poaching on May 2, 2017.

But as we’re celebrating the effective efforts to stop wildlife crime in Nepal, we’re also fighting the troubling rise of rhino poaching in Africa. Poachers killed at least 1,338 rhinos in southern Africa in 2015—a new record and the sixth annual increase in a row.

28 Celebrities That Are Vegetarian or Vegan