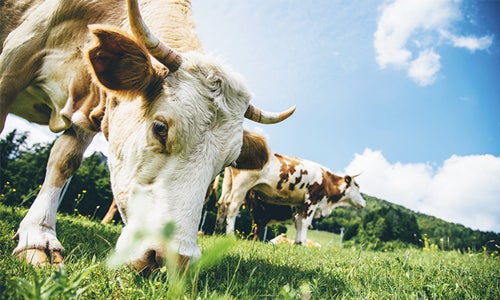 It’s no secret that livestock production is a resource-intensive sector of agriculture that takes a heavy toll on the planet and significantly contributes to climate change.

According to the U.N. Food and Agriculture Organization, the livestock sector is the single largest anthropogenic user of land. It uses approximately 30 percent of the land surface on the planet, is responsible for between 14 and 50 percent of greenhouse gas emissions, according to some estimates and accounts for more than 8 percent of human water use. 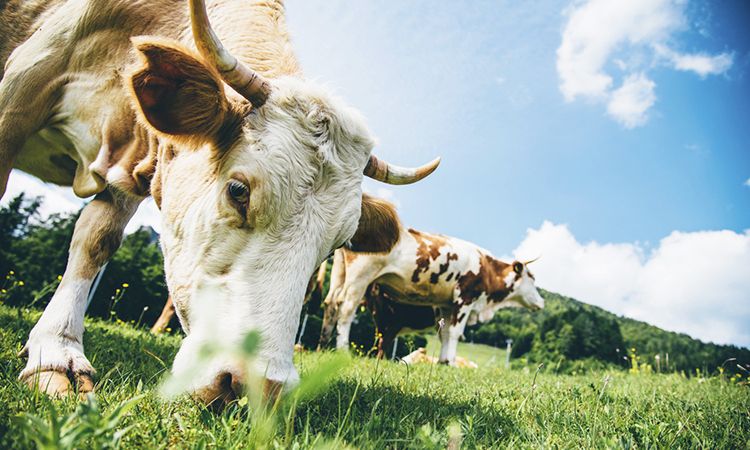 Experts have different ideas about how to mitigate the environmental impacts of livestock production, but the two most modeled and researched methods are one, increasing productivity and two, reducing demand. Increasing productivity means meeting the projected demands for meat while minimizing impacts through strategies such as improving feed efficiency, digestibility and the protein and mineral levels in feed. Reducing demand, on the other hand, means urging eaters to consume less meat products and replacing the large proportion of ruminants with monogastric livestock, such as pigs, rabbits and other animals.

But there is another strategy that could be a key piece in the global efforts to find a way to sustainably raise livestock: reducing the use of livestock feed that competes with direct human food crop production, which is called “food-competing feedstuffs” (FCF).

A recent study published in the Journal of the Royal Society set out to examine the benefits and challenges of limiting FCF in livestock diets, which they call “the consistency strategy.” This approach shows promise for two reasons. First, it reframes the role of livestock in the food system as a solution to a problem, rather than merely a source of protein. Ruminants are uniquely designed to utilize resources that cannot otherwise be used for food production, including grasslands, much of which is not suitable for arable crop production and food waste and by-products such as brans, whey and oil-cakes. Instead of feeding ruminants crops that can be used for human consumption, this strategy takes advantage of the animals’ ability to convert less useful resources into food. Second, limiting FCF in livestock diets will, in turn, affect production and consumption because it would lead to a reduction in supply. It would also alleviate land-use competition by decreasing the amount of feed grown on croplands.

This study analyzed several livestock production scenarios and found that the consistency strategy can produce sufficient quantities of food while significantly lessening environmental impacts as compared to a business-as-usual scenario. In the most extreme case, where animals are exclusively fed from grassland and by-products, greenhouse gas emissions would be reduced by 18 percent, arable land occupation would be reduced by 26 percent and freshwater use would be reduced by 21 percent. This scenario would also result in reducing protein intake per capita from livestock products by 71 percent.

The study authors emphasize that their method is a complement, not a substitute, for other strategies of increasing efficiency and reducing demand. The consistency strategy would work in tandem with existing efforts to create an even more effective solution to shape the future of sustainable livestock production.

Lani Furbank is a writer and photographer based in the DC metro area, where she covers the intersection of food, farming, and the environment for local and national publications. Follow her on Twitter @lanifurbank.