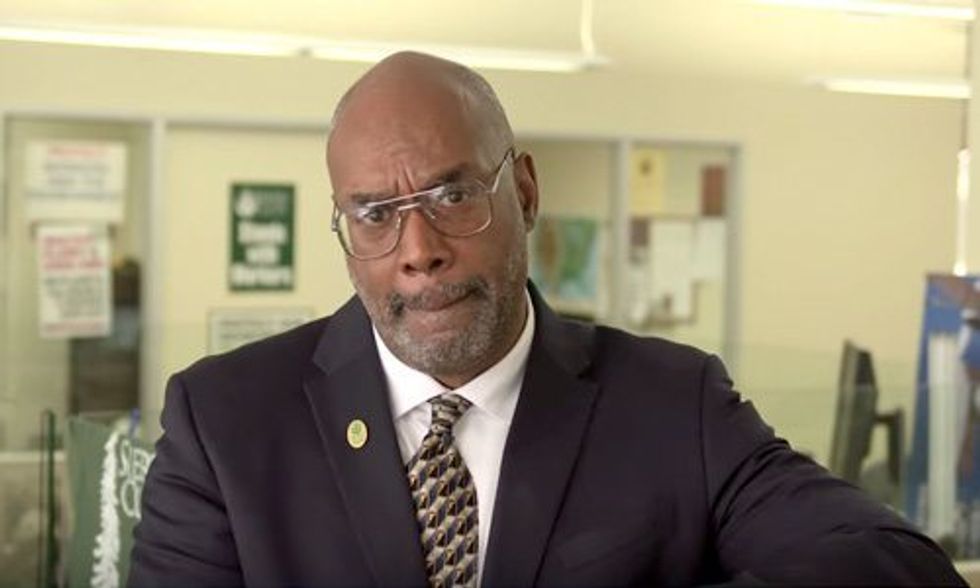 This week, Sen. Ted Cruz held a hearing to attack the clean air and clean water safeguards that protect millions of families all across America. Sierra Club President Aaron Mair was there to talk about how communities of color, which are disproportionately affected by pollution and climate disruption, rely on these safeguards to protect them.

A friend to big polluters, Cruz unsurprisingly tried to cover all their talking points. His game? To attack the climate science that shows how carbon pollution from burning fossil fuels is causing climate disruption in the first place while assailing the Clean Power Plan, which would allow us to act on climate disruption and protect people’s health.

Well, Sierra Club Aaron Mair has a few things to share with Sen. Cruz. Check out his response:

This week, you held a hearing on the clean air and clean water safeguards that protect millions of American families. I testified because I wanted to talk about how these safeguards are especially critical for people of color and low-income communities, who are disproportionately affected by pollution and climate disruption.

But, as a friend to big polluters, you derailed the whole hearing with misinformation, claiming there was a “pause” in rising global temperatures—misinformation already debunked by scientists and the non-partisan Politifact.com. You wanted to talk numbers, so here you go:

0: The number of accurate data points you shared when attempting to claim that the climate wasn’t changing. According to the National Oceanic and Atmospheric Administration, average global temperatures have been steadily rising for the last three decades.

97%: The percentage of scientists who agree that the climate is changing and that human activity is the cause.

2015: expected to be the hottest ever recorded.

60 and 30: 60% of African Americans and Latinos reside in communities with a toxic waste site and within 30 miles of a power plant

7: 7 out of 10 African Americans live in areas with air that is unsafe to breathe.

48217: that’s the zip code of the neighborhood in Detroit I just visited—the dirtiest zip code in the nation. There, massive mounds of petroleum coke waste and coal incinerators are within blocks of schools—further evidence that the lack of protections has turned Detroit from the epicenter of opportunity into the epicenter of the Asthma epidemic. Schools and smokestacks do not mix.

90,000: The Clean Power Plan can help us prevent 90,000 asthma attacks in children, save consumers $155 billion on energy in the next decade and create 360,000 new jobs. Energy savings, more jobs, healthy families and safer communities? I think 100% of the American people would go for that.

Aaron Mair of Schenectady, New York, is the president of the Sierra Club's board of directors. An epidemiological-spatial analyst with the New York State Department of Health, Mair's experience includes more than three decades of environmental activism and over 25 years as a Sierra Club volunteer leader, where he has worked diligently for environmental justice.