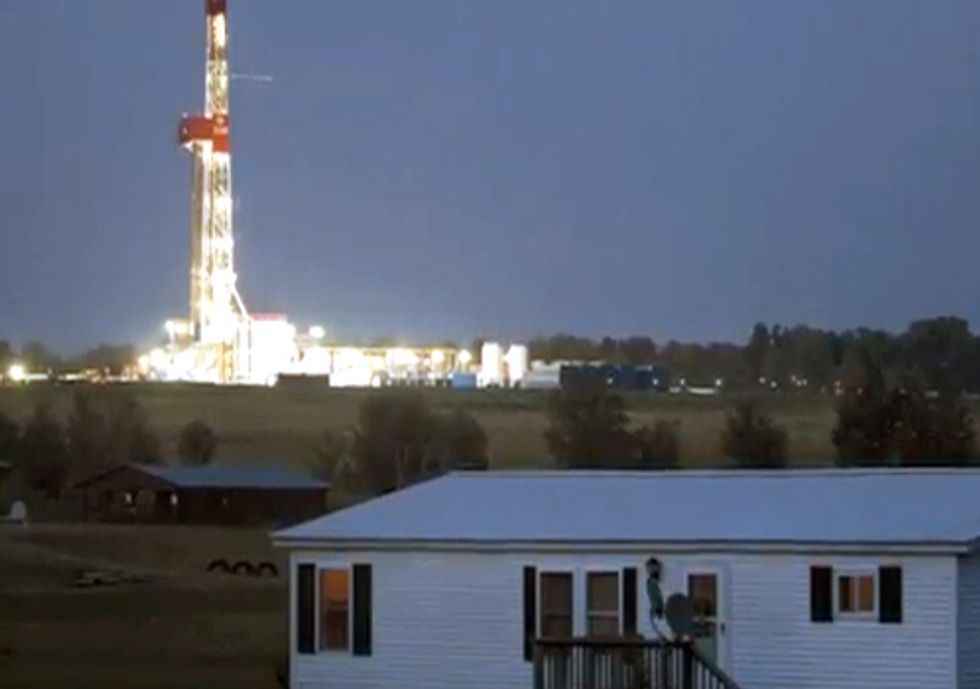 Author and journalist Tom Wilber doesn't take sides on whether the risks of fracking outweigh its rewards. But as a reporter, he does have strong feelings about the issue of transparency. "And often, this puts me on the same side of the fence as the anti-fracking activists," Wilber said in an April 23 speech at George Washington University in Washington, D.C.

Wilber, author of the 2012 book Under the Surface: Fracking, Fortunes and the Fate of the Marcellus Shale, said the natural gas industry is different than almost every other type of industry in terms of the exemptions and the nondisclosure agreements under which it operates. All of this secrecy, "doesn't give people a true idea of what all of the risks are," he explained. "And part of my job is to show what the industry is rather than just the glossy public relations image of itself."

Methane migration is a particularly hot-button issue in the overall discussion on fracking. Wilber has written extensively on the topic and understands that methane does occur naturally in water wells. But as for Dimock, PA, one of the battleground towns where the industry and local residents have fought over the issue of methane migration, Wilber reminds his readers that the Pennsylvania Department of Environmental Protection (DEP)—often perceived by anti-fracking activists as a friend of industry–concluded that the methane polluting the aquifer under the town was thermogenic, from deeper producing formations, rather than biogenic or naturally occurring gas that collects in shallow seeps.

Residents in Dimock and in towns across the country have found thermogenic gas in their water where drilling is taking place. The gas industry typically blames methane migration on naturally occurring circumstances and often ignores findings to the contrary. "It is an insidious thing about the approach the gas industry is taking to this, which is to try to muddle things, rather than to try to be accountable for things," Wilber said at the event, sponsored by Green GW, a student environmental group. "There is this defensive, 'We didn't do it, it's always been there,' type of approach."

For example, according to DEP records, Dimock resident Norma Fiorentino's water well exploded in early 2009 as a result of production gas, not naturally occurring methane, leaking into an aquifer and moving into her well, Wilber told the audience. "So when the industry said, 'This is just a problem that's always been around,' it's really confusing the issue," he said.

After years of in-depth of reporting on the topic for the Binghamton (N.Y.) Press & Sun Bulletin, Wilber negotiated a book deal with Cornell University Press. The hardback edition of Under the Surface was released about a year ago; the paperback edition is scheduled to be published soon. With an absorbing narrative and solid reporting, the book has been well-received by industry officials, residents and anti-fracking activists alike. It's a finalist for The New York Public Library's acclaimed Helen Bernstein Book Award for Excellence in Journalism. The winner will be announced at a reception and award ceremony on May 22.

Wilber left the newspaper business to write the book but continues to cover the shale gas boom in articles posted on his blog and in reporting for other news outlets. As the gas industry continues to spread its wings, he is seeing more and more Americans waking up to the issue of shale gas drilling. "There are people who live directly over this resource who never knew they lived over a major natural gas resource or oil resource," he said.

In the past, communities zoned off industrial activities that were considered dangerous. But the gas industry must impose itself on large areas of land to gain access to shale gas reserves, even areas close to farms, schools and hospitals. "Unlike a manufacturer that works in a zoned setting in an industrial park or on its own private property, it [a gas driller] works on other people's property," Wilber noted.

Wilber said his interest in the shale gas boom remains at the local level where residents are directly impacted by activities associated with fracking. "The grassroots level is critical for me. And this story has the grass roots element unlike any other story I've covered nationally," he said. "The grass roots movement started in New York—long before Josh Fox—at the town board meeting. This is where people can really get involved in influencing outcomes of governance."

While Pennsylvania rushed into fracking, New York has taken a cautious approach due in large part to the organizing efforts of anti-fracking activists. "New York is unique in that it is the only state with this type of resource underneath that has not gone ahead to allow it to be exploited," Wilber said. "New York has become something of a showcase of the anti-fracking movement."

The fact that part of the Marcellus Shale is located in the New York City watershed helped to invigorate the movement. "At the beginning, the awareness wasn't there of the magnitude of all of this," he said. "But once people started getting their mind around the fact that the New York City watershed was under a prime drilling zone, it raised a lot of opposition that we have to put the brakes on."

Some cities that are out of reach of Marcellus Shale drilling have provided symbolic support to the anti-fracking movement. The Buffalo, N.Y., Common Council, for example, voted in 2012 to ban fracking in the city, even though most experts view the parts of the Utica and Marcellus shales extending under the city as not economically viable targets at today's natural gas prices, according to Wilber.

"If you're Gov. Cuomo and you have this critical mass of local and city elected officials saying, 'We don't want it,' that's going to send a message," Wilber said.