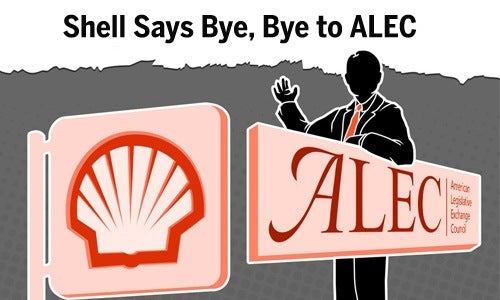 Following in the footsteps of BP and others, Shell has announced that it plans to leave the American Legislative Exchange Council (ALEC), an influential lobbying group that campaigns against effective climate change strategies. The oil company told RTCC ALEC’s stance on climate change is “clearly inconsistent with our own.” 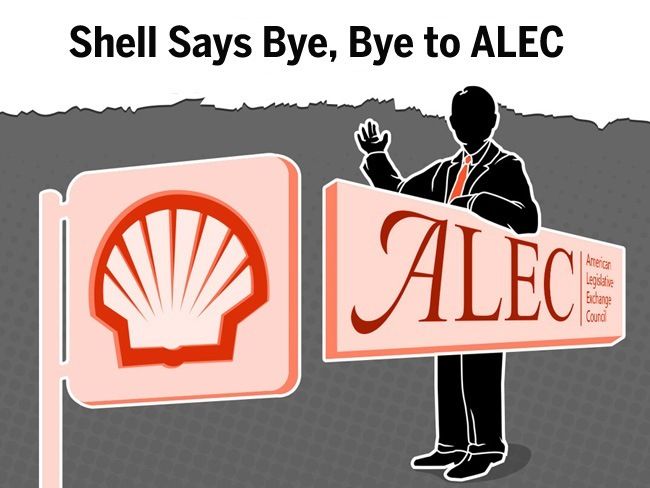 Shell breaks ties with ALEC, saying ALEC’s stance on climate change is “clearly inconsistent with our own.”

The company will not renew its membership with ALEC when it expires in early 2016, saying in a statement, “We have long recognized both the importance of the climate challenge and the critical role energy has in determining quality of life for people across the world.” Many major tech companies including Microsoft, Google, Facebook, Yahoo and Yelp have all publicly left the organization over its “climate disinformation spreading.” More than 80 corporations and 400 state legislators have left ALEC, reports the The Center for Media and Democracy.

Shell’s latest move coupled with its signing the Trillion Tonne Communique calling on governments to cut emissions are all part of its effort to make change. It wants the world to set a price on carbon, says Union of Concerned Scientists. In addition, “the company employs a full time climate adviser, is broadly on board with the scientific realities of climate change, and, earlier this year, worked with shareholders to hold the company more accountable when it comes to climate lobbying, including stress testing its business model against dramatic emissions reductions.”

That’s great news for the world’s sixth largest historical producer of industrial carbon emissions, but there’s just one little snag. This is the same company that is moving forward with its plans to drill in the Arctic despite fierce opposition. Drilling for oil in the Arctic will contribute to more greenhouse gases in the atmosphere. It also poses other increased risks to the climate, including black carbon pollution‘s effect on the area’s rapidly melting sea ice.

“It’s a bad sign for the climate denial movement that ALEC’s rhetoric is too extreme even for a cynical exploitative corporation like Shell,” said Greenpeace spokesperson Travis Nichols. “It’s also clear that Shell’s ill-conceived Arctic drilling plan is causing a PR panic, but this move won’t fix Shell’s bad name. It’s completely absurd for Shell to claim it wants to confront climate change while engaging in this destructive plan to drill in the Alaskan Arctic.”

“We’re happy that they’ve responded to scientists and investors who have been urging Shell to sever its ties with ALEC,” said Angela Anderson, director of Union of Concerned Scientist’s climate and energy program. “It’s simply untenable for companies to ask policymakers to adopt a carbon price while supporting groups that fight climate and clean energy policies and spread misinformation about climate science. If other fossil fuel companies want to be taken seriously when they say they support action on climate change, they should do the same.”

Even though BP, Shell and other fossil fuel companies have committed to dropping ALEC, BP, for one, still channels funds through its political action committee to climate science-denying U.S. policymakers such as Sen. James Inhofe.

For a better understanding of how ALEC works, check out this video by The Climate Reality Project: