What Shell Knew About Climate Change in 1991 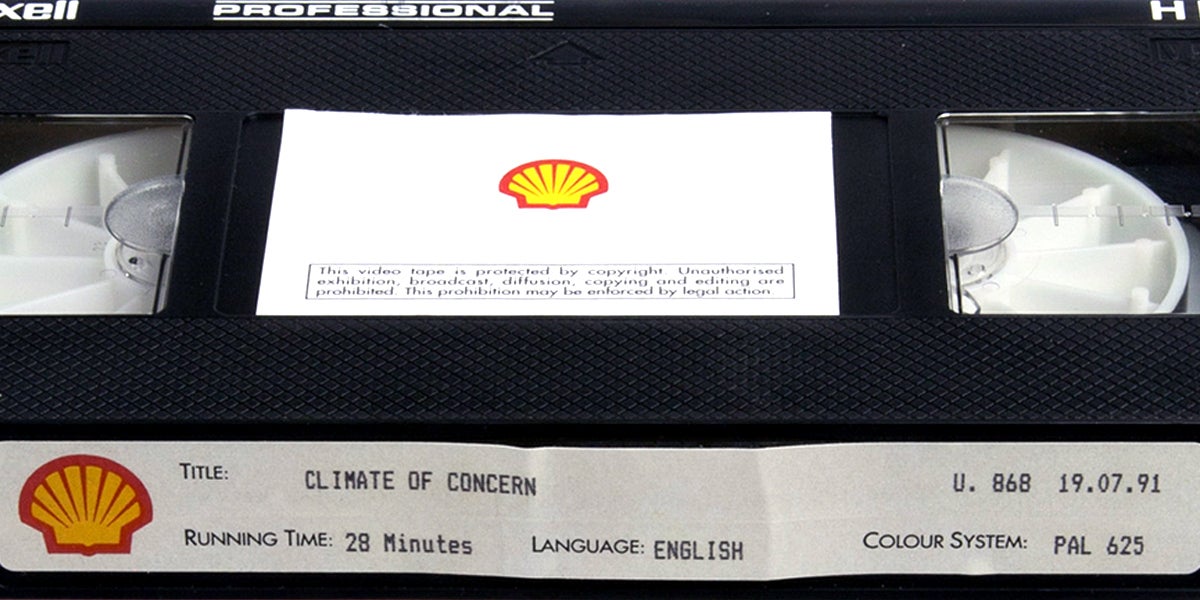 Oil giant Shell also knew of the dangers of climate change decades ago, while it continued to lobby against climate legislation and push for fossil fuel development, a joint investigation by The Guardian and the Dutch newspaper The Correspondent revealed Tuesday.

Shell created a confidential report in 1986 which found that the changes brought about by global warming could be “the greatest in recorded history” and warned of an impact “on the human environment, future living standards and food supplies, [that] could have major social, economic and political consequences.”

The company also made a 28-minute educational film in 1991, Climate of Concern, that warned oil extraction and use could lead to extreme weather, famines and mass displacement, and noted that the dangers of climate change were “endorsed by a uniquely broad consensus of scientists.” The film was developed for public viewing, particularly for schools.

“Our energy consuming way of life may be causing climatic changes with adverse consequences for us all,” the video states.

“If the weather machine were to be wound up to such new levels of energy, no country would remain unaffected,” it continues. “Global warming is not yet certain, but many think that to wait for final proof would be irresponsible. Action now is seen as the only safe insurance.”

Despite its own warnings, Shell invested billions of dollars into tar sands operations and exploration in the Arctic. It has also devoted millions to lobbying against climate legislation.

The revelations about Shell come after a separate investigation into ExxonMobil revealed that company had also been waging a climate science suppression campaign and burying its own reports on the global warming impacts of fossil fuel use for decades. Exxon, whose former CEO is now U.S. secretary of state, is currently under investigation by the Securities and Exchange Commission and state attorneys general for allegedly lying to investors about the risks of climate change.

In 2016, a group of lawmakers asked the Department of Justice to look into Shell’s knowledge of global warming as well.

“They knew. Shell told the public the truth about climate change in 1991 and they clearly never got round to telling their own board of directors,” Tom Burke of the green think-tank E3G, told the Guardian on Tuesday. “Shell’s behavior now is risky for the climate but it is also risky for their shareholders. It is very difficult to explain why they are continuing to explore and develop high-cost reserves.”

The fact that Shell understood all this in 1991 and that a quarter-century later it was trying to open up the Arctic to oil-drilling, tells you all you’ll ever need to know about the corporate ethic of the fossil fuel industry. Shell made a big difference in the world—a difference for the worse.

“They are a big part of the global economy, so if we do not get them on board, we will not be able to achieve this transformation of the economy we need,” she said.