1,000 Giant Sequoias Likely Killed in Castle Fire, Many Had Lived for Over 500 Years 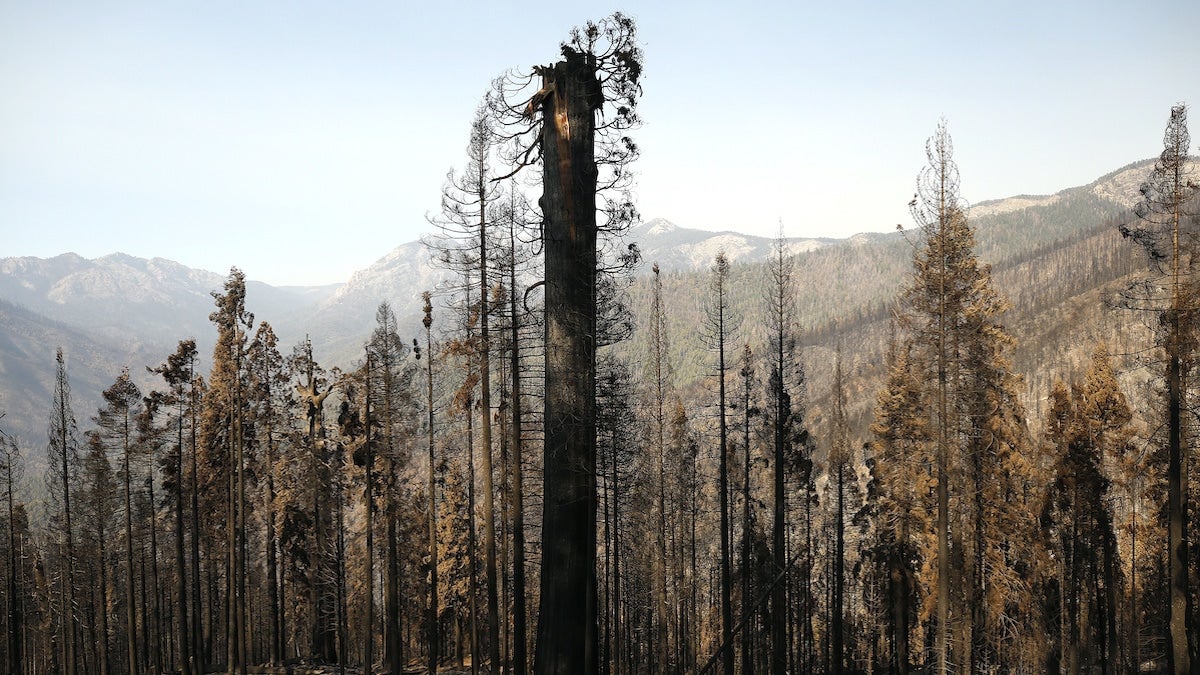 The Castle Fire burned through portions of giant sequoia groves on the western slopes of California's Sierra Nevada mountains, the only place on the planet where they naturally grow. Al Seib / Los Angeles Times

The Castle Fire killed likely more than a thousand giant sequoias — including many that had stood for well over 500 years and some for 1,000 — on the western slopes of California’s Sierra Nevada mountains, the Los Angeles Times reported.

“This fire could have put a noticeable dent in the world’s supply of big sequoias,” Nate Stephenson, a research ecologist with the U.S. Geological Survey, told the Times. Sequoias are designed to survive and thrive with fire — their cones cannot release their seeds without it. But, tinder-like fuel, dried by climate change, and centuries of fire suppression by European settlers combined to set the stage for monstrous conflagrations so intense they burned the gargantuan, fire resilient “monarchs” into what Christy Brigham, science chief at Sequoia and Kings Canyon National Parks, described as “blackened toothpicks.”

Prior to this year, the worst known fire season for sequoias was in 1297, the year in which William Wallace defeated the English at the Battle of Stirling Bridge, during the Medieval Warm Period. The September 2020 Castle Fire, Stephenson said, however, was probably worse.