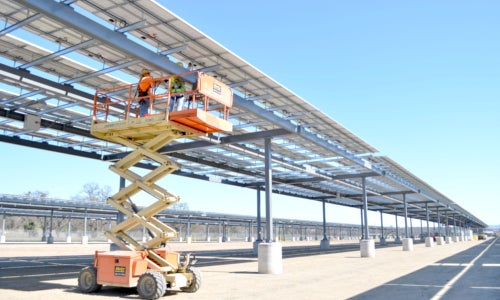 The federal solar Investment Tax Credit (ITC) lasts through 2016, but a duo of U.S. senators introduced legislation this week that would allow the credit to provide upfront benefits to companies working on solar projects.

U.S. Sens. Michael Bennet (D-CO) and Dean Heller (R-NV) introduced a bipartisan bill Thursday that would allow firms to qualify for the ITC for solar projects that are under construction before the credit’s expiration date instead of having to wait until those projects are completed and in service. As it stands now, ITC qualifying projects must be capable of generating power by Dec. 31, 2016. If passed, projects under construction could get tax advantages sooner. That would be especially meaningful for large-scale solar projects. 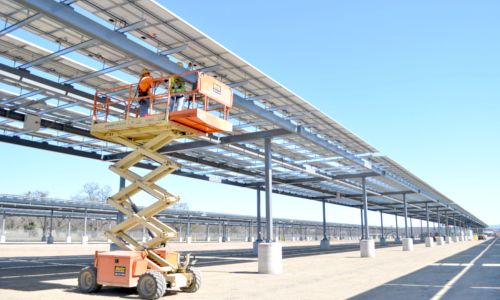 “This legislation is critically important to the continued growth of solar energy in America,” said Rhone Resch, president and CEO of the Solar Energy Industries Association (SEIA). “Sen. Bennet has been a long-time champion of solar, which today is the fastest-growing source of renewable energy in the U.S., providing jobs for nearly 143,000 Americans and pumping tens of billions of dollars into the U.S. economy.”

Bennet and Heller didn’t need to look beyond their own states to find reasons why an updated ITC would be beneficial to the industry.

“The sun shines almost every day in Nevada, and we have tremendous solar energy resources,” Heller said. “Providing every tool necessary for companies to develop solar energy will help us harness our vast potential.”

Similarly, Bennet said a modified ITC would provide certainty, especially in states like his that have more than 300 days of sunshine each year.

The ITC provides a 30 percent tax credit for solar systems on residential and commercial properties. According to SEIA, the last ITC extension has helped annual solar installations grow by more than 1,600 percent since 2006.

Resch says the senators’ bill would prevent the cancellation of projects that might not be operational by the end of 2016. That would help various cities and states meet goals for deploying renewable energy.

“Because renewable energy projects require a multi-year time frame, there is growing concern that some planned solar developments—especially larger utility-scale projects—may be ineligible to qualify for the ITC due to its placed-in-service requirement, forcing their cancellation,” Resch said.

Colorado has about 330 solar companies that employ about 3,600 people. Nevada has 79 solar companies with 2,400 workers. Investors spent more than $200 million in 2012 in those states alone to install solar technology for homes and businesses.

“Investing in alternative-energy sources cuts right to the core of whether and how we want to compete in the global and changing economy,” Bennet said. “As Congress considers comprehensive energy-tax reform, we ought to provide certainty in the interim by extending the existing slate of renewable tax credits and providing parity for the solar industry.”