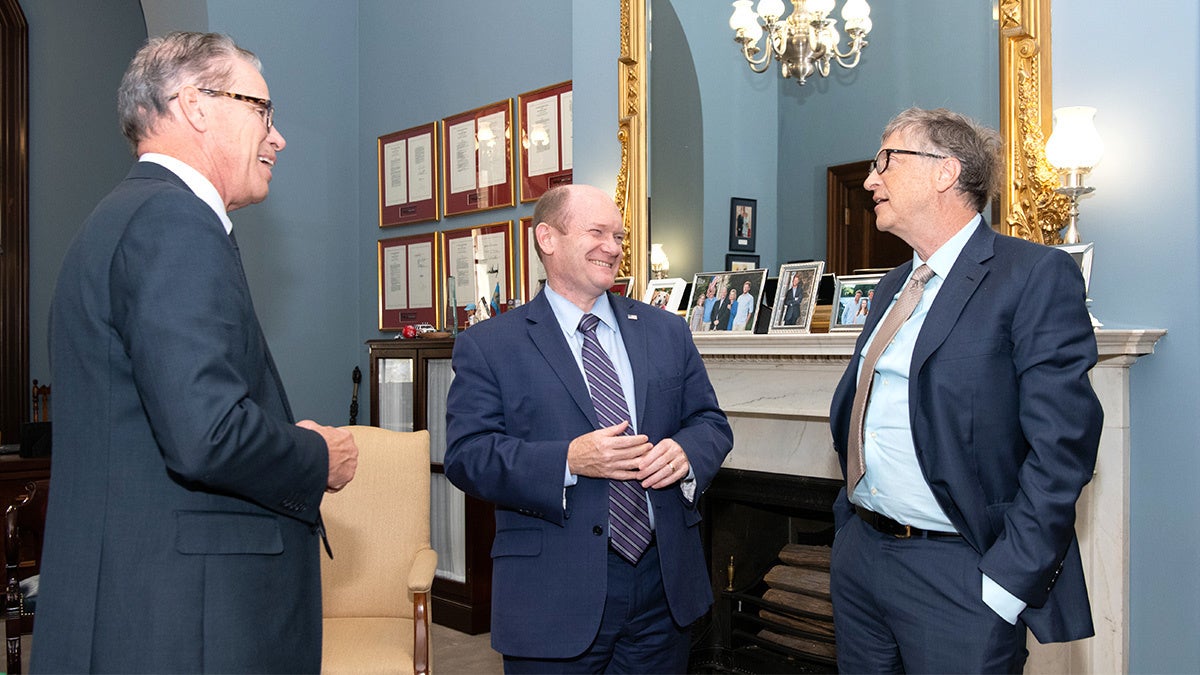 The U.S. Senate’s bipartisan climate caucus started with just two members, a Republican from Indiana and a Democrat from Delaware. Now it’s up to eight members after two Democrats, one Independent and three more Republicans joined the caucus last week, as The Hill reported.

In unsurprising fashion, the eight senators who joined the caucus acknowledged the severity of the climate crisis without offering specific steps to address the crisis, as CBS News reported.

“We look a bit like Neanderthals,” said Mitt Romney, a Republican senator from Utah, as CBS News reported. “It’s real. We’ve got to take action.”

That is a very different tune from what Romney was singing when he was the Republican presidential nominee in 2012. In his acceptance speech, he derided President Obama’s efforts to combat the climate crisis.

“President Obama promised to slow the rise of the oceans and to heal the planet,” Romney said in 2012. “My promise is to help you and your family.”

Indiana Sen. Mike Braun, a Republican, and Delaware Sen. Chris Coons, a Democrat, launched the Climate Solution Caucus at the end of October. After town hall meetings in their respective states, they both realized that their constituents were concerned about the climate crisis, as NBC News reported.

“Our caucus seeks to take the politics out of this important issue. Instead, members will commit to an honest dialogue, through which we can develop solutions that solidify American environmental leadership, promote American workers, and make meaningful progress on protecting our environment,” the two senators wrote in an op-ed in The Hill.

“My expectation is that we will start by listening,” Coons said, as CBS News reported. The idea that listening is a first step is a dramatic difference to the immediate action and often sweeping overhaul of energy infrastructure put forth by the Senate Democrats vying for president.

The Republicans joining the caucus seem to have taken an important step in moving away from their colleagues who deny that the climate crisis is real and often put forth the mistaken assumption that random weather fluctuations are proof that the climate is not changing.

“Science is more and more clear, and I think people will either be convinced or not as time goes on,” said Romney.

“I think many probably just were not willing to say it,” said Braun, as CBS News reported. “To me, it’s chemistry and physics, and I’m not going to deny that.”

The eight-member group met with industry CEOs last week to discuss federal climate policy, but the senators were non-committal about taking any reasonable action, despite scientists insisting the climate crisis demands urgent action, as The Hill reported.

When asked if policy makers have to impose a carbon cap or discourage emissions, Romney told CBS News, “Oh, I’m not going to say any ‘have to’ with regards to climate. I think all the ideas will be on the table.”

However, as the crisis intensifies, bipartisan agreement in the need to address it is a positive step.

“My philosophy is, let’s take small steps, find some things we can succeed on,” said Angus King, an Independent from Maine, to CBS News.