See How Two College Students Built a Tiny House for $489 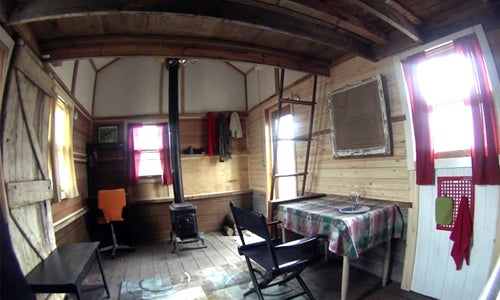 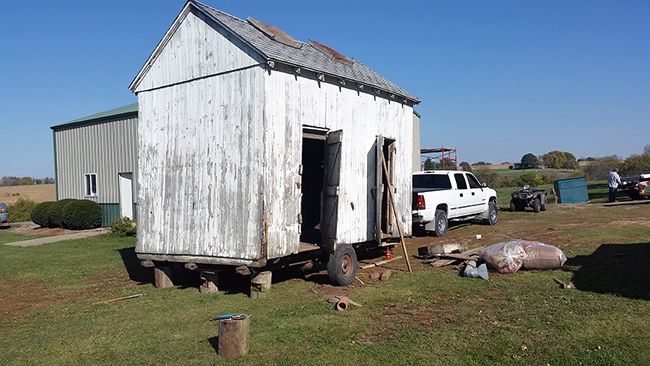 Now that tiny homes have become so popular, TV shows and movies spotlight tiny homes with construction budgets in the tens of thousands of dollars. Andrews and Van Kooten had a different plan.

Initially, they proposed an extremely modest budget of $3,350. But when they did not receive any grant money, they had to get even more creative. Their new budget: $489. With only 10 weeks to build it, their professor, Anya Butt, admitted she doubted at first whether they would be able to finish their project with such limited time and money. 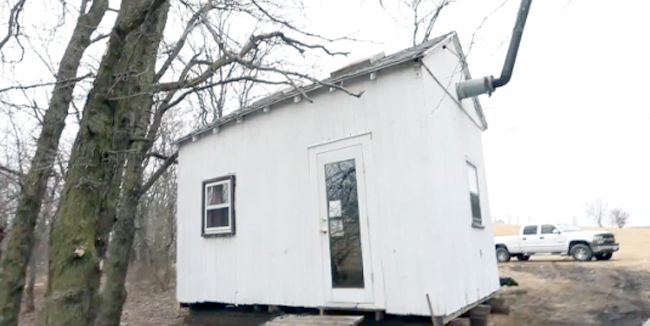 Due to zoning issues with having the house on campus as a demonstration for small living, the students decided to keep the house on skids on Ethan’s family’s land.

Not only were they successful, but they “built it from what other people were throwing away,” said Butt. Most of what they used was “on its way to the landfill,” said Andrews.

To begin, the two students reclaimed a 52-year-old granary. “My great-great grandpa, great-grandpa and grandpa built it for shelled corn,” Van Kooten said. They moved the 260-square-foot dilapidated structure to Van Kooten’s parents’ land, where they placed it on skids to comply with zoning and building regulations. In many states, tiny homes have to be portable, so as not to violate zoning and coding laws.

Andrews and Van Kooten, who were cash-strapped and had no construction experience, became expert scavengers. After all, necessity is the mother of invention. They reclaimed lumber, insulation, cabinets, countertops and even a chandelier from buildings in the area that were set to be demolished and from the Pella and Vermeer corporations. They converted an old hog feeder into a loft and they transformed a deer stand into a ladder. 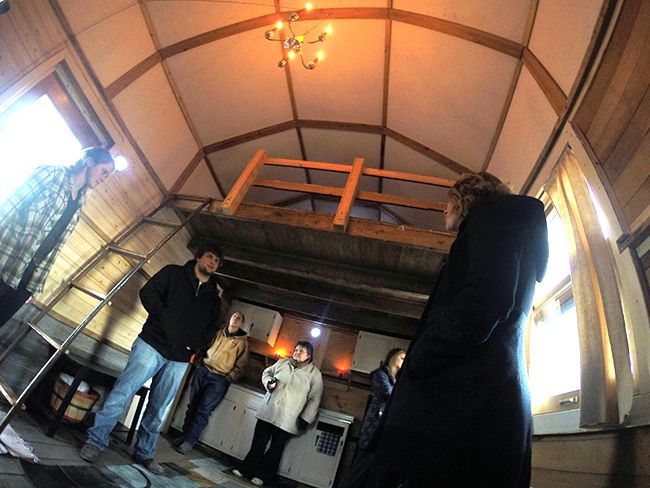 “Everything we used was on its way to the landfill,” Amy Andrews said. Photo credit: Central College

Both Andrews and Van Kooten had always wanted to do something like this. “This is like all my ‘Little House on the Prairie’ dreams come true,” said Andrews. It was certainly a lot of work, though. The Central College students spent about 500 hours building the tiny home with Van Kooten’s father, Kent Van Kooten, contributing many hours. Van Kooten said it was a great bonding opportunity for him and his dad. During construction, they excitedly shared all the ideas they had. “If I could put it in a tree, I would,” Van Kooten said. 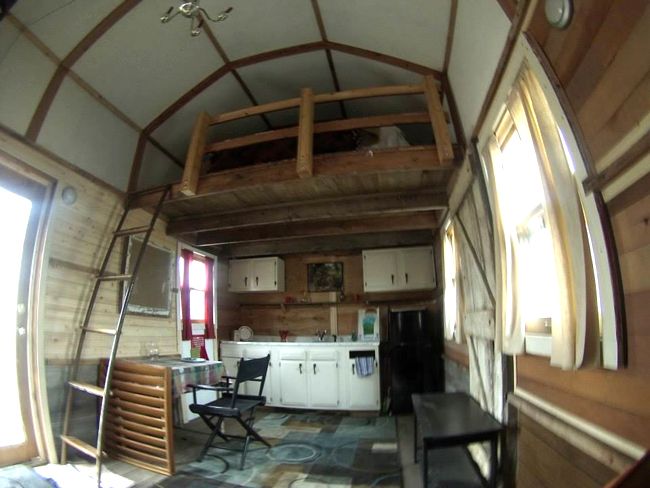 Amy Andrews and Ethan Van Kooten hope to have friends over to hang out in their new place. Photo credit: Central College Facebook page

The students left out features they wanted but couldn’t afford, like a composting toilet and a solar water heater, according to Central College. But they still plan to add a six-foot porch, plus rain barrels that will provide filtered water for the sink. “It’s awesome if you have thousands of dollars to buy a lot of materials and make something really beautiful,” Butt said, “But these students showed you can do a lot without a budget. The idea that so much can be reused is eye-opening.” 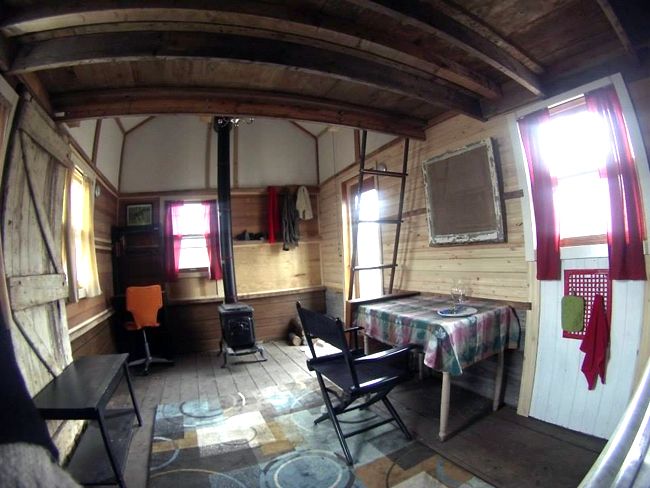 Andrews and Van Kooten hope their project “prompts others to consider ways they can become comfortable with a simpler, more sustainable lifestyle.” The two students know it changed their mindset. “I keep asking, ‘What else can I do?’” Andrews said. Scavenging materials has become a habit for her.

Watch this short interview of Andrews and Van Kooten by Bryon Houlgrave of the Des Moines Register:

Below is a budget breakdown for their project from Central College:

Project featured in “Tiny: A Story about Living Small” documentary: $26,000

Is a Tiny House Right for You?