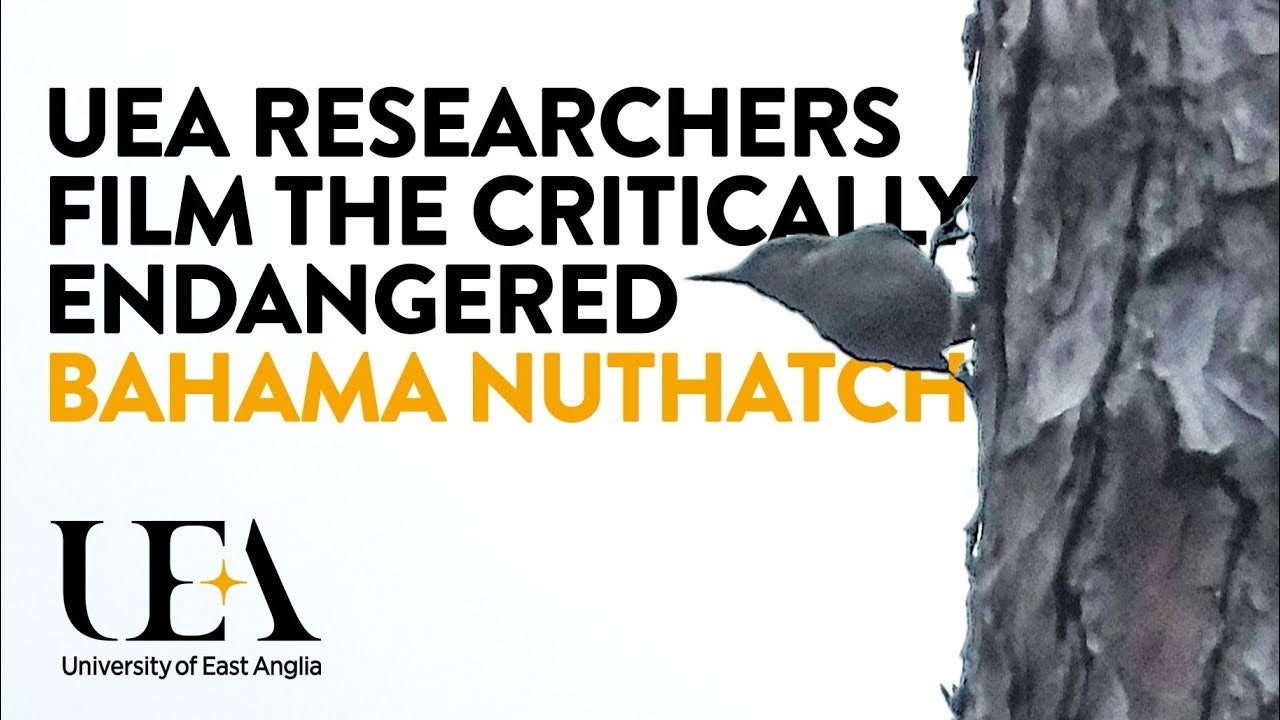 A rare bird some feared extinct has been found by research teams at University of East Anglia (UEA) and University of the Bahamas-North after an extensive search, but that doesn’t mean the endangered species is out of the woods, UEA reported Thursday.

The Bahama nuthatch nests only in the native pine forest of Grand Bahama island. Their numbers fell from 1,800 in 2004 to 23 in 2007 because of habitat loss due to tree clearing and, increasingly, damage from hurricanes.

Then, in 2016, Hurricane Matthew devastated the Bahamas with 120 miles per hour wind gusts that uprooted trees, The Independent reported.

After the hurricane, no ornithologists could locate the distinctive bird that has a long bill and squeaky call, so many feared the storm had dealt the species’ death blow.

But, after more than a month of searching, the UEA researchers proved that was not the case.

“We had been scouring the forest for about six weeks, and had almost lost hope. At that point we’d walked about 400 kilometers (approximately 248.5 miles). Then, I suddenly heard its distinctive call and saw the unmistakable shape of a nuthatch descending towards me. I shouted with joy, I was ecstatic!” UEA master’s student Matthew Gardner said.

Gardner was part of one team of searchers with fellow master’s student David Pereira. They were supported by Nigel Collar and David Wege from Birdlife International and the Bahamas National Trust.

The other research team consisted of Bahamian students under the leadership of Zeko McKenzie of the University of The Bahamas-North and the support of the American Bird Conservancy.

Between them, the two teams had 11 sightings, and McKenzie’s team saw two birds at once, meaning there are at least more than one left.

“However,” Gardner cautioned, “these findings place the species on the verge of extinction and certainly amongst the world’s most critically endangered birds.” Gardner also said there was a chance both birds could be male.

McKenzie hoped that renewed conservation efforts could save the bird.

“Although the Bahama nuthatch has declined precipitously, we are encouraged by the engagement of conservation scientists who are now looking for ways to save and recover the species,” she told UEA.

However, Dr. Dianna Bell of UEA’s School of Biological Sciences thought it was unlikely the Bahama nuthatch could ultimately be saved.

“But it is still absolutely crucial that conservation efforts in the native Caribbean pine forest do not lapse, as it is such an important habitat for other endemic birds including the Bahama Swallow, Bahama Warbler and Bahama Yellowthroat,” she said. She said the habitat was also important for migratory species.