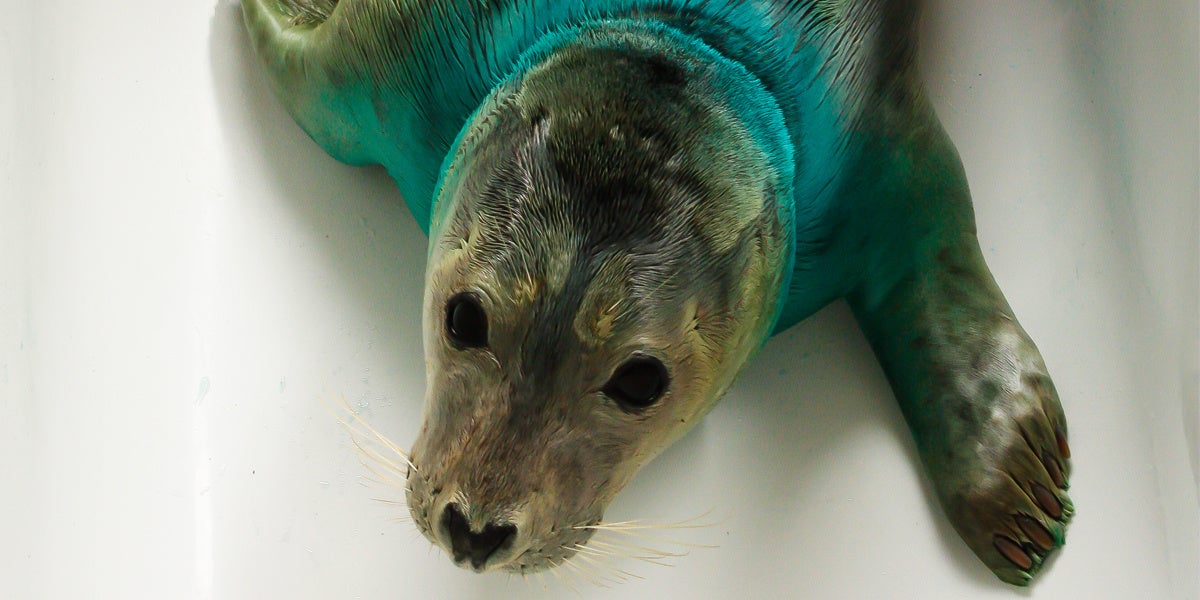 Tackling plastic pollution is the theme of 2018. Stories of animals dying from ingesting plastic are all around the web. Did you ever think that the plastic packaging used for your groceries might be the cause of death for an animal species you love?

Join Seal Rescue Ireland in an interactive Facebook live experience to hear all about the adorable and often times sick seals with gnarly scars from plastic netting. Meet the seals, hear the splashes made when eagerly gobbling up the fish and grab a box of tissues because not only do many rescues end in tragedy, but many are never able to be reached.

In 2007, NOAA estimated that annually, 100,000 marine mammals and millions of seabirds and fish silently perish from untreated entanglement in waste produced by our throw-away society.

Karma is one seal that was able to be rescued, but unable to be saved. Appearing healthy aside from abnormal behavior, she was taken in and died in the center. A necropsy revealed a plastic chip bag was lodged in her stomach.

Marine animals are not just accidentally gobbling up our plastic trash. Research suggests that they could be actively seeking it out because they like how the debris smells—which quickly gets covered by algae—and are confusing it for their natural prey.

Not only is the plastic disguised as food, but the reflective elements of plastic are mistaken for fish scales, according to Seal Rescue Ireland.

Tune in to EcoWatch’s Facebook July 28, at 10 a.m. EST to see one amazing success story, engaging in the magnificent experience a seal endures when being released back into the wild.