Sea Turtles Often Get Lost for Miles, but Always Find Their Destination 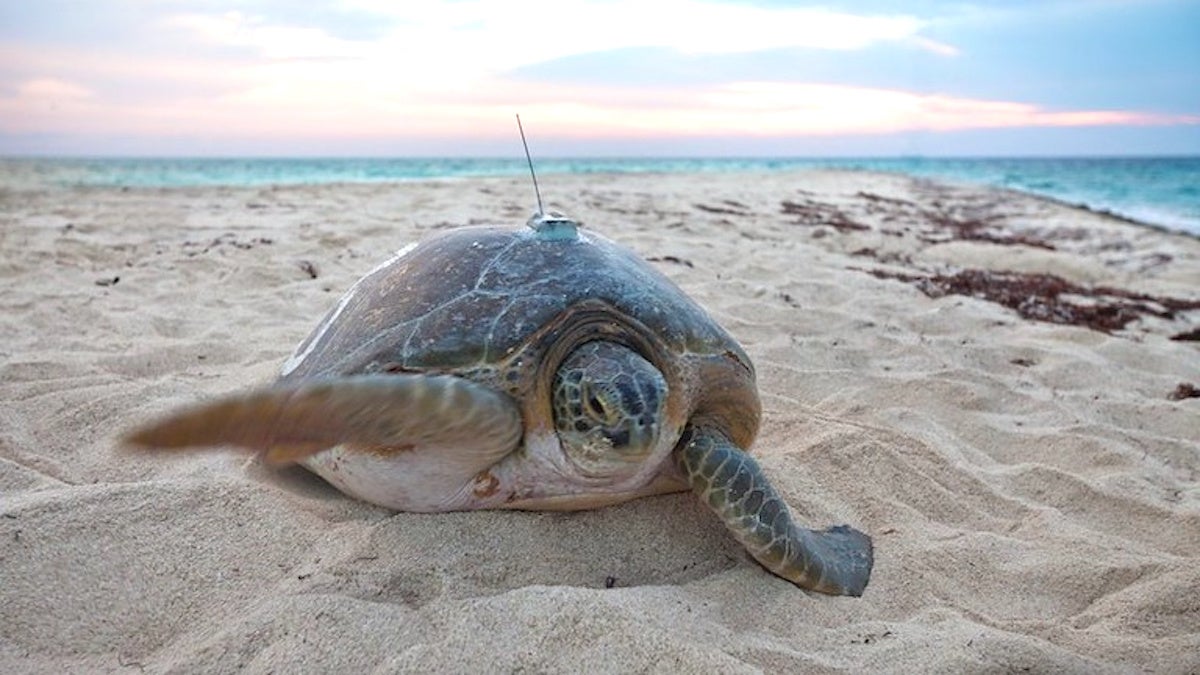 When baby sea turtles hatch from their eggs, they skitter across the sand to the shoreline before disappearing into the open ocean. Many years later, by some remarkable feat, female turtles find their way back, sometimes traveling thousands of kilometers, to arrive at the exact beach where they were born. This time, it’s to lay their own eggs.

It’s believed that turtles use the Earth’s geomagnetic field to find their way, but there is still a lot that’s unknown about this process. A team of scientists, who published a new paper in Current Biology this month, used satellite tracking to study the navigation skills of female green turtles (Chelonia mydas). They found that while green turtles eventually arrived at their preferred destination, they didn’t always get there with pinpoint accuracy, but followed a kind of “crude map.” 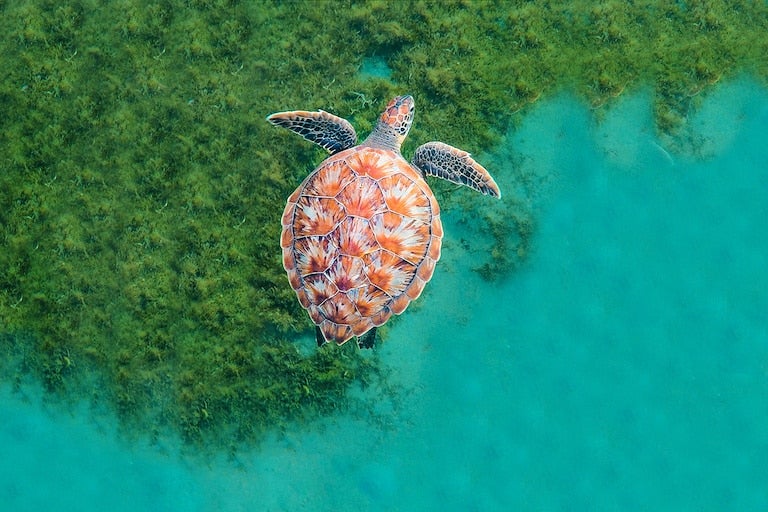 “I think we had this idea that turtles were running on rails, and that they had some sort of fine scale navigational ability,” Alex Rattray, co-author of the paper and research fellow at the School of Life and Environmental Sciences at Deakin University in Australia, told Mongabay. “But what we found out is that they make mistakes, they miss their targets, they overshoot the targets, and they do a lot of searching.”

Nesting grounds aren’t the only locations sea turtles habitually return to — they also return to the same foraging grounds. In fact, another study found that migrating sea turtles were so loyal to their preferred foraging locations that they would bypass other suitable places to forage while searching for their “home” site. Green turtles, in particular, demonstrate a very high fidelity to foraging grounds, and do not stop anywhere else during open-ocean crossings, according to the study, which makes the species an ideal subject matter.

The research team collected data by fitting satellite trackers to 35 sea turtles nesting on the island of Diego Garcia in the Indian Ocean. The trackers transmitted high-accuracy Fastloc-GPS location data several times each day. Once the turtles laid their eggs, they returned to the ocean to travel to their foraging grounds off the coasts of small, isolated islands. But most of the time, the turtles did not get there directly, sometimes traveling several hundred kilometers off course before reaching their destination.

“We were also surprised at the distance that some turtles migrated,” Graeme Hays, lead author of the study and the Alfred Deakin professor of marine science at Deakin University, said in a statement. “Six tracked turtles travelled more than 4,000 kilometers [2,500 miles] to the east African coast, from Mozambique in the south, to as far north as Somalia. So, these turtles complete round-trip migrations of more than 8,000 kilometers [5,000 miles] to and from their nesting beaches in the Chagos Archipelago.”

While the green turtles traveled via circuitous routes, the study showed that they do have the ability to navigate vast swaths of the ocean, and to reorient themselves when astray.

“None of these turtles got irrevocably lost,” Rattray said. “They all eventually found a way home. One of the turtles … [traveled off course] about 200 kilometers [120 miles] south of its destination after one month, and then spent another two months finding its way back to its target after it’d overshot it. 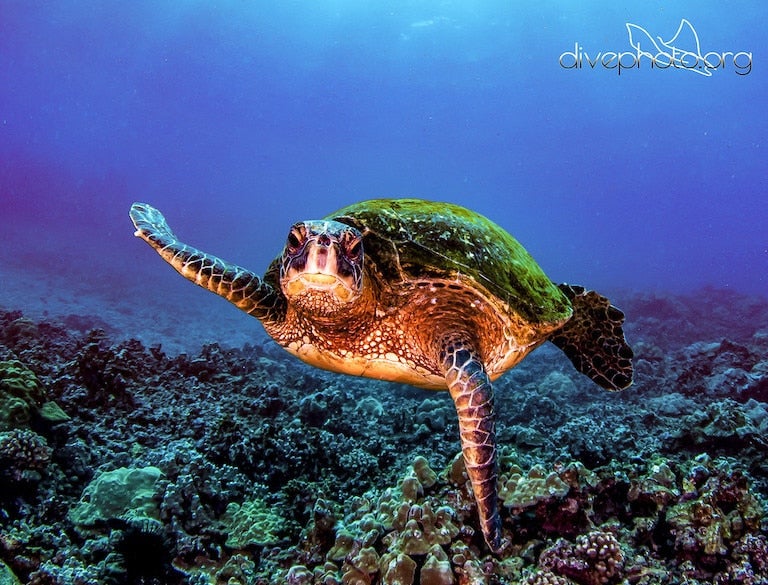 “They’re amazing creatures,” he added, “and they truly are the number one navigators in the world.”

Rattray said the team hopes its findings will help inform efforts to protect larger areas of the ocean, encompassing both the nesting and foraging grounds of sea turtles.

“Diego Garcia is a marine protected area … but they [female green turtles] are only there about 10% of their lives,” Rattray said. “The rest of the time, they don’t respect national boundaries. So, the conservation future of these turtles relies on the efforts of 12 to 15 governments. There has to be a concerted effort throughout the rest of the turtle’s life cycle to protect them in some way.”