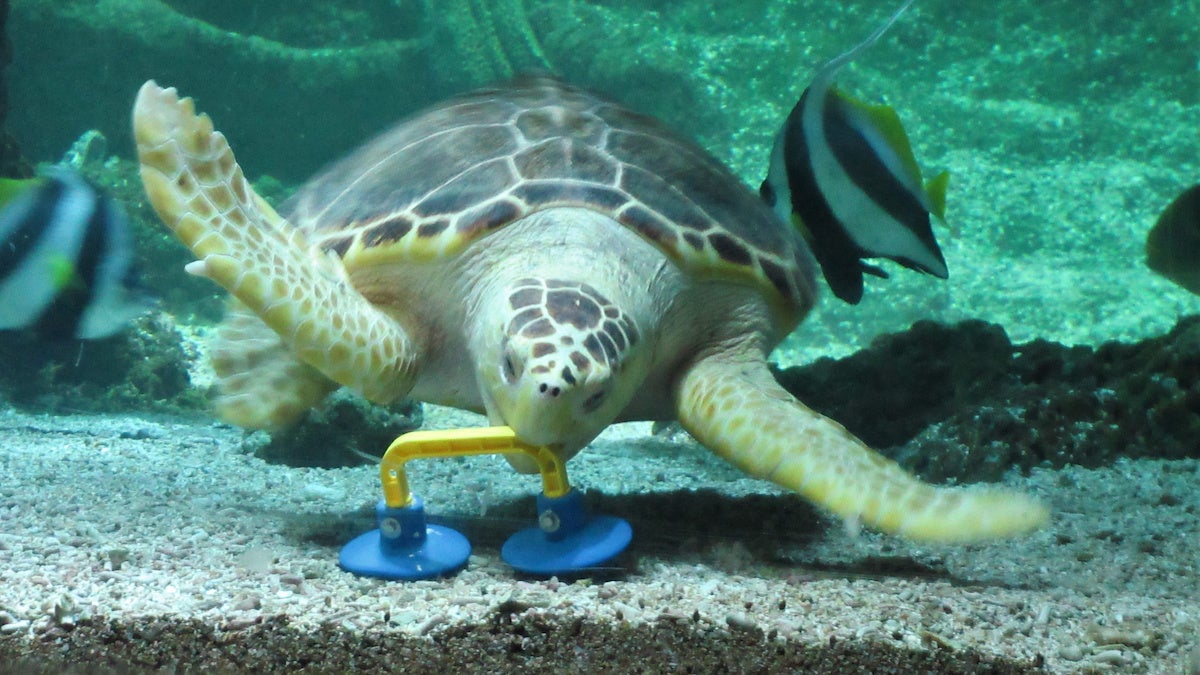 Researchers have discovered one reason why ocean plastic is so dangerous for turtles: To them, it smells like food. AugustineChang / iStock / Getty Images Plus

Sea turtles became the face of the plastic pollution crisis when a video of a turtle with a plastic straw stuck up its nose went viral in 2015.

Now, researchers have discovered one reason why ocean plastic is so dangerous for turtles: To them, it smells like food.

“This ‘olfactory trap’ might help explain why sea turtles ingest and become entangled in plastic so frequently,” Joseph Pfaller of the University of Florida, Gainesville told Cell Press, as published by ScienceDaily.

Indeed, one 2018 study found that 100 percent of turtles surveyed in the Atlantic, Pacific and Mediterranean had plastics in their stomachs. While most people have assumed that turtles were drawn to plastics because they looked like prey, such as jellyfish, Pfaller and his team realized that so far no one had really investigated how plastics smelled.

Everyone knows sea turtles eat plastic bags because they look like jellyfish. Maybe not. New study in @CurrentBiology by Lohmann et al suggests 🐢 might instead be drawn to odorants from biofilm coating the bags! https://t.co/eqhsroqtqm

So the researchers studied 15 captive loggerhead turtles and piped different scents into their habitat: clean plastic, ionized water, their usual food and plastics coated with microbes, algae, plants and animals, as they are in the ocean. They then observed how long the turtles spent with their nares out of the water and how many breaths they took as indications of their attraction to the different smells.

The results, published in Current Biology Monday, surprised the researchers: The turtles showed “indistinguishable” interest in their food and the ocean-like plastic. In both cases, the turtles kept their nares up three times longer than they did in response to the water and control plastics.

“We were surprised that turtles responded to odors from biofouled plastic with the same intensity as their food,” Pfaller told Cell Press. “We expected them to respond to both to a greater extent than the control treatments, but the turtles know the smell of their food since they’ve been smelling and eating it in captivity for 5 months. I expected their responses to food to be stronger.”

The research suggests that turtles might actually be attracted to and seek out large groupings of floating plastics like garbage patches, BBC News reported.

“It’s not just a visual thing,” Pfaller told BBC News. “They’re being attracted from probably long distances away to these garbage patches out in the open ocean.”

It also means that plastics are an even bigger problem than the odd viral video indicates.

“The errant plastic straw in a turtle’s nose or the random plastic bag – sure those are absolute problems – but anything out there can grow bacteria and animals on it that turtles want to eat and so it smells to them like something they should go check out and possibly consume, which can lead to their death,” Pfaller told BBC News.