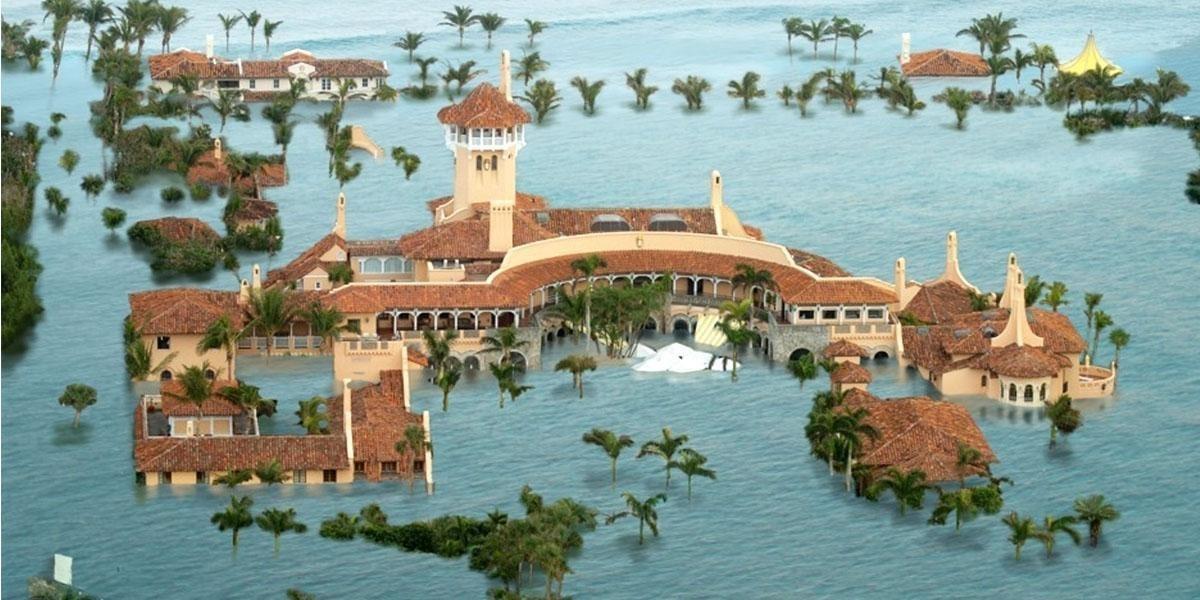 A new report shows that many previous estimates of global sea level rise by 2100 were far too conservative, the Washington Post reported Thursday, and the research comes as new maps and graphics from Climate Central vividly show how disastrous that flooding will be for U.S. cities.

The report, Snow, Water, Ice and Permafrost in the Arctic, found that previous estimates of sea level rise didn’t account enough for the fast pace of melting ice in the Arctic and Greenland.

“The assessment found that under a relatively moderate global warming scenario—one that slightly exceeds the temperature targets contained in the Paris climate agreement—seas could be expected to rise “at least” 52 centimeters, or 1.7 feet, by the year 2100. Under a more extreme, “business as usual” warming scenario, meanwhile, the minimum rise would be 74 centimeters, or 2.4 feet.”

The report explored a minimum rise scenario, but not a maximum or worst-case scenario. However, a separate report (pdf) published at the end of the Obama administration by the National Oceanic and Atmospheric Administration (NOAA) did just that, and found that in the most extreme case, the sea in some locations will rise a stunning eight feet by the century’s end.

Illustrating how devastating this would be, Climate Central created 3D visualizations of what U.S. cities will look like in NOAA’s most extreme scenario.

Some cities, such as New Orleans, would simply be uninhabitable, the images show:

The ominous new research come as President Donald Trump continues to dismantle climate policies, boost the fossil fuel industry, and consider pulling out of the Paris climate accord.

But even Trump wouldn’t be spared from the looming disaster, Climate Central observed, showing that the projected sea level rise will completely flood the president’s Mar-a-Lago resort.