Pruitt’s Attack on Science Continues to Undermine Integrity at EPA 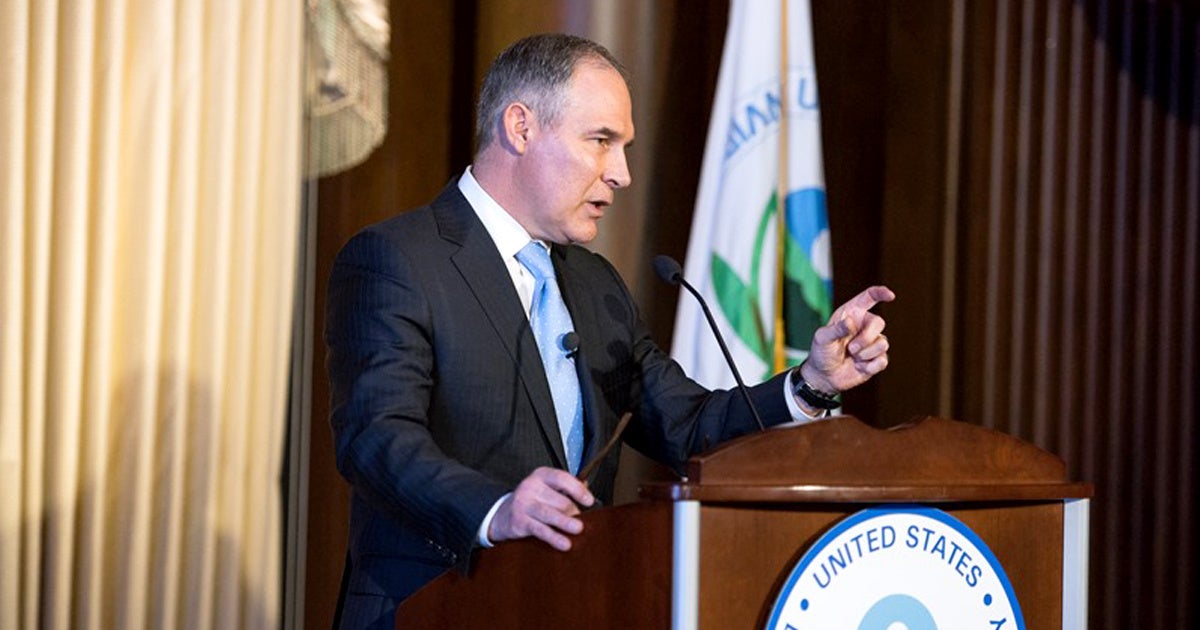 By Elena Saxonhouse and Adam Beitman

Shortly after Scott Pruitt took over the U.S. Environmental Protection Agency (EPA), the Sierra Club filed a formal complaint with the agency’s Inspector General demonstrating that he violated EPA’s Scientific Integrity Policy in multiple ways. Our filing called for an investigation into and resolution of Pruitt’s televised denial of established science: the fact that carbon pollution plays a strong role in fueling the climate crisis. Wednesday, we received a private letter in response from the EPA’s Office of the Science Advisor. Unfortunately, the letter and the panel decision it describes provide a fundamentally flawed reading of the Scientific Integrity Policy. The decision fails to address many of the areas of the policy the Sierra Club had called attention to, relies on partial quotes from the policy, and provides Pruitt with special protections afforded to actual scientists working at the agency, although he is—quite obviously at this point—not a scientist. This erroneous and incomplete review led to a conclusion that Pruitt had not technically violated the policy because he was expressing an “opinion.”

What’s more, as a sign of Pruitt’s desperation for good press, his spokespeople leaked an earlier version of the letter to fringe websites earlier this week in an end-run around established EPA procedures, and before it had even been provided to the Sierra Club employees to whom it was addressed.

Despite the findings of the letter, and the disappointing process in which it was released, what remains clear is that Scott Pruitt has repeatedly violated scientific integrity principles, both in his public communications and through his disastrous public policy. From removing scientists from advisory boards, to deleting scientific information from public websites, to blatantly ignoring scientists’ advice to ban a dangerous pesticide, Pruitt is undermining the faith of the American people in the agency’s ability to fulfill its mission.

Pruitt’s statements on CNBC that “more debate” is needed as to whether CO2 is a primary contributor to climate change were not a harmless scientific “opinion,” as EPA’s decision suggests. With his many close ties to the fossil fuel industry, they were clearly a politically motivated attempt to obfuscate basic facts that EPA scientists have studied and verified for years. In addition, Pruitt is not just any employee. As the administrator of the agency, Pruitt’s “opinions” can have especially weighty consequences for the many scientists working below him. Finally, the fact that EPA’s decision ignores the full sentence of the policy that it relies upon to absolve Pruitt – helpfully explained here—calls into question the rigor of the review. This portion of the policy is intended to protect differing opinions within the scientific process—and carries an expectation that the person offering the opinion will express it “complete with rationale, preferably in writing.” Pruitt, on the other hand, is expressing an opinion that has already been thoroughly debunked through peer-reviewed science. We’re not holding our breath for that rationale in writing either.

While focusing on a partial quote protecting scientists’ opinions, the EPA letter fails entirely to address other aspects of the policy described in our complaint. For example,”[w]hen dealing with science, it is the responsibility of every EPA employee to conduct, utilize, and communicate science with honesty, integrity, and transparency, both within and outside the Agency.” And, “policy makers shall not knowingly misrepresent, exaggerate or downplay areas of scientific uncertainty associated with policy decisions.”

In short, Pruitt’s behavior is just the type of behavior the Scientific Integrity Policy should be protecting against. It is unfortunate that this letter effectively lets Pruitt off the hook for deceiving the American public regularly about the state of science in high profile contexts.

This kind of public deception has real impacts. Climate deniers like Scott Pruitt have spent many crucial years confusing the public in their effort to prolong our reliance on dirty fossil fuels. Unfortunately, this effort has succeeded in delaying an effective response to the climate crisis. The result is that it will be far more difficult and expensive to avoid the worst consequences of climate change.

If EPA’s current scientific integrity policy and review process is truly not strong enough to make clear that Pruitt’s denial of climate science is unacceptable for the head of EPA, then that’s simply evidence that the policy must be strengthened.

The EPA response letter does note that Pruitt’s comments did not come in the context of an immediate policy decision—and that’s an important distinction. We can’t hold Pruitt accountable before a court for his violations of the Scientific Integrity Policy, but violations of environmental statutes and regulatory procedure are another story entirely. As Pruitt puts his words into action, you can be sure the Sierra Club will be there to hold him accountable.