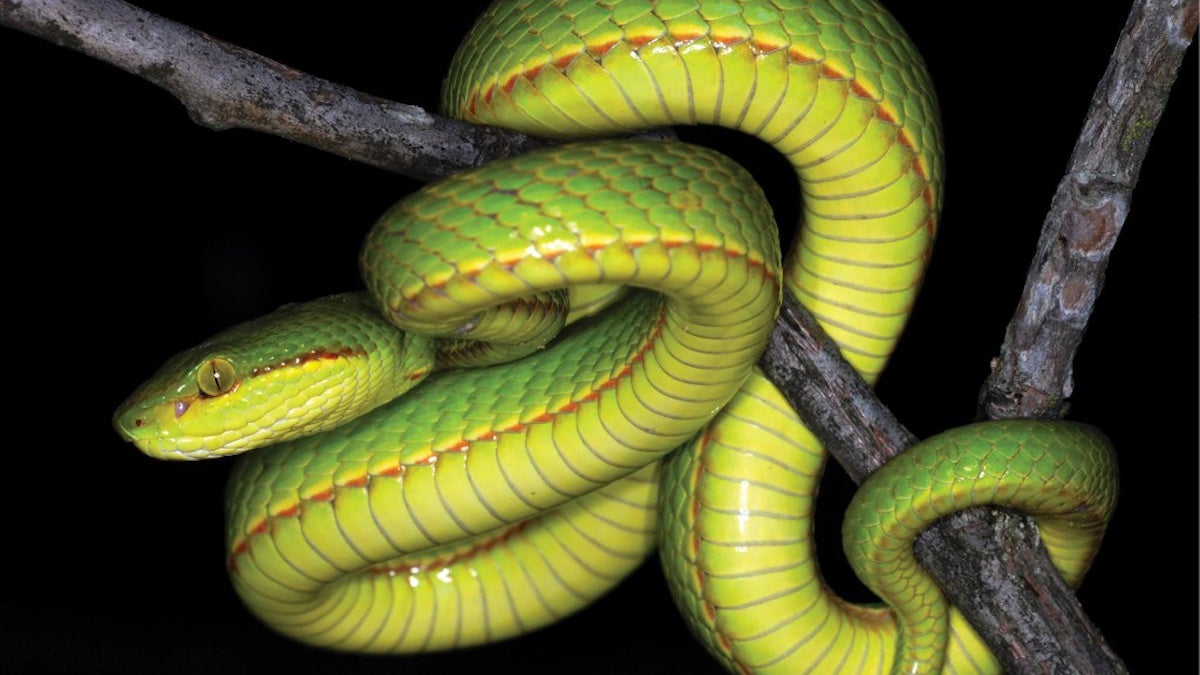 Is a newly discovered snake the key to peace between science and the humanities?

Researchers in India have identified a new species of pit viper and named it Trimeresurus salazar, after Salazar Slytherin, a character with an affinity for snakes from the beloved Harry Potter book series by J.K. Rowling.

“All of us are obviously very big fans,” lead researcher Zeeshan A. Mirza of the National Centre for Biological Sciences in Bangalore, India told The Indian Express.

How can I become friends with these Potterhead herpetologists who discovered a new snake in Arunachal Pradesh & called it Salazar Slytherin? (They WOULD'VE called it Nagini but they're saving that name for a cobra species.) https://t.co/zy4N2J3mOr

The new snake was discovered during a research trip from June to August 2019 to Arunachal Pradesh, part of the Himalayan biodiversity hotspot, and introduced to the world in an April 15 article published in Zoosystematics and Evolution.

In the article, the scientists explained their choice of name.

“The specific epithet is a noun in apposition for J.K. Rowling’s fictional Hogwarts School of Witchcraft and Wizardry’s co-founder, Salazar Slytherin. He was a Parselmouth that links him to serpents,” they wrote. (For those not familiar with the series, a Parselmouth is someone with the power to talk to snakes.) “Suggested common name: Salazar’s pit viper.”

The character is also the founder of Slytherin House at Hogwarts, which has a snake as its symbol, CNN pointed out.

Mirza told The Indian Express that the team originally considered naming the new snake after another Harry Potter character, Nagini, the pet cobra of the series’ villain Lord Voldemort, but decided to save that name in case they discovered a new species of cobra.

“Childhood experiences largely stay with you,” Mirza said. “When I was growing up, JK Rowling was a big part of my childhood, and perhaps everyone else who has read the book. Now what better way to honour and thank her than naming the species after one of her characters?”

So what makes this species new?

For one thing, males of the species have a reddish-orange stripe on their heads and bodies, according to Pensoft. They also have more teeth and the males’ reproductive organ has a different structure, researcher Harshal S. Bhosale of Bombay Natural History Society told The Indian Express.

It belongs to the genus Trimeresurus, a type of venomous pit viper found in East and Southeast Asia, Pensoft explained. There are at least 48 species in total and 15 in India.

The finding also highlights the amazing biodiversity of a region threatened by development. Arunachal Pradesh has more than 50 of northeast India’s 110 snake species.

“What can I say? That place is like heaven for herpetologists,” Bhosale told The Indian Express.

But it is also at risk from dams and roads. In March, a road survey threatened to cut through Pakke Tiger Reserve, where the snake was discovered, before an outcry from environmentalists prompted the regional leader to halt it. In this context, research like the snake discovery can help with conservation efforts.

“Future dedicated surveys conducted across northeastern India will help document biodiversity, which is under threat from numerous development activities that include road widening, agriculture, and hydro-electric projects,” Mirza told Pensoft.