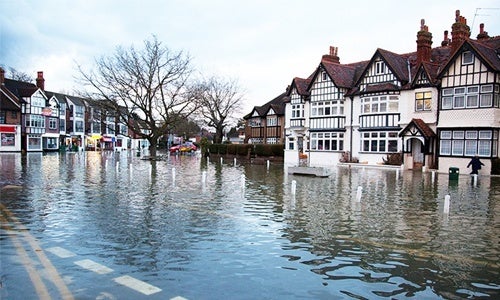 A rapid near-time analysis of the UK’s record-breaking wet December in 2015 suggests that climate change increased the odds of the exceptionally high rainfall by 50-75 percent.

Carbon Brief takes a look at the research and quizzes of the experts on the science behind attributing extreme weather events to human-caused climate change.

https://twitter.com/CarbonBrief/status/687911101149933568, suggest that the role of human influence on climate was as large or larger than the influence of these patterns of ocean variability, but that random and unpredictable atmospheric weather noise played an important role as well. That puts these influences into context and helps people understand what is important. This kind of quantitative assessment could be routine; I firmly believe it should be routine; and I’m happy to say that a lot of Met Offices, including our own in the UK, are moving fast in this direction.