Rock Dust Could Remove Billions of Tons of CO2 From the Atmosphere, Scientists Say 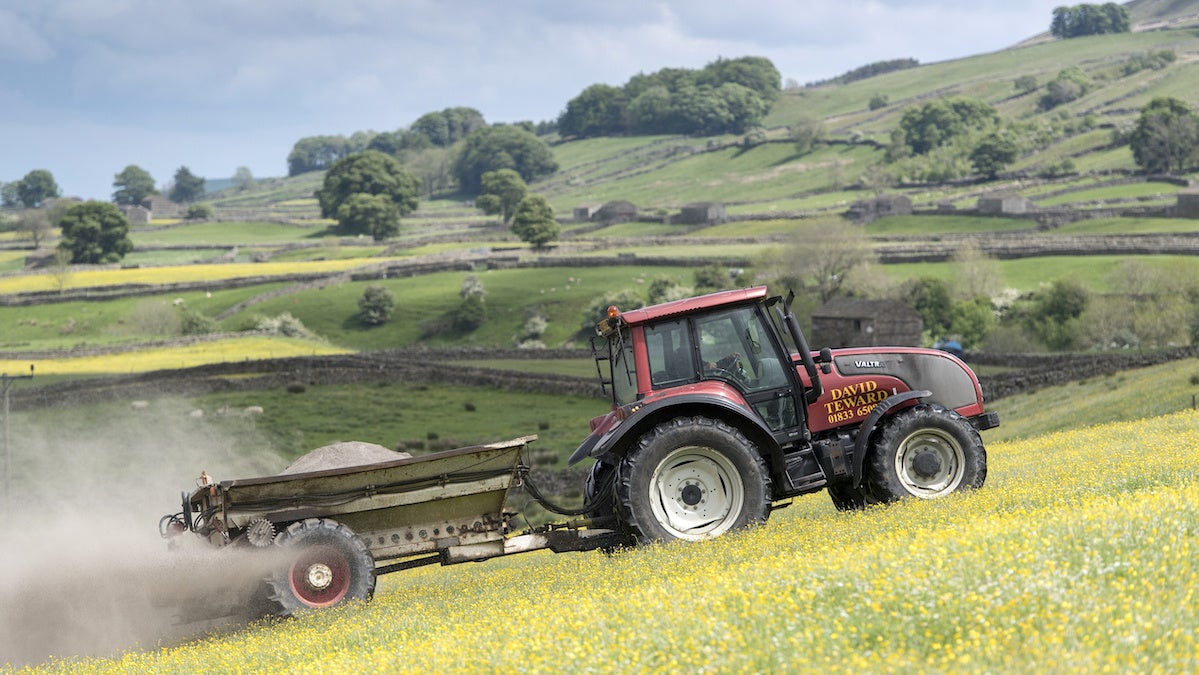 As we look for advanced technology to replace our dependence on fossil fuels and to rid the oceans of plastic, one solution to the climate crisis might simply be found in rocks. New research found that dispersing rock dust over farmland could suck billions of tons of carbon dioxide from the air every year, according to the first detailed large scale analysis of the technique, as The Guardian reported.

The study, published Wednesday in the journal Nature, found the technique could pull enough carbon dioxide from the atmosphere to remove about half of the amount of that greenhouse gas currently produced by Europe. To put it another way, that would mean pulling more CO2 from the atmosphere than the current total emissions from global aviation and shipping combined, according to a press release from the University of Sheffield where the study was conducted.

“Spreading rock dust on agricultural land is a straightforward, practical CO2 drawdown approach with the potential to boost soil health and food production, said David Beerling, director of the Leverhulme Center for Climate Change Mitigation at the University of Sheffield and lead author of the study. “Our analyses reveal the big emitting nations – China, the US, India – have the greatest potential to do this, emphasizing their need to step up to the challenge.”

The research showed that if the world’s three largest emitters of CO2 — China, the U.S. and India — adopted the practice on a large scale, they could collectively clear about 1 billion metric tons of carbon dioxide from the air, as The Washington Post reported.

The technique of spreading rock on the ground is known as enhanced rock weathering. The researchers took a realistic approach to perform a global analysis of the technique. The researchers say their modeling of enhanced rock weathering is the most realistic yet because it factors in how much rock is available and the energy countries would be willing to use for grinding it up, as The New Scientist reported.

Looking at each country’s climate, farmland and energy infrastructure, they found that rock dust could remove between 0.5 and 2 gigatons of CO2 annually by 2050. Right now, global dependence on fossil fuels emits around 35 gigatons of CO2 each year, according to The New Scientist.

The Guardian noted that while researchers are clear that the most important step to fighting the climate crisis is drastically reducing emissions, a reduction in emissions won’t be enough to keep the world from breaking the targets of the Paris agreement keeping global temperature rise below 2 degrees Celsius. In order to achieve lasting success, the excess carbon in the atmosphere also needs to be removed.

“We have passed the safe level of greenhouse gases. Cutting fossil fuel emissions is crucial, but we must also extract atmospheric CO2 with safe, secure and scalable carbon dioxide removal strategies to bend the global CO2 curve and limit future climate change,” said James Hansen, a partner in the study and director of the Climate Science, Awareness and Solutions Program at Columbia University’s Earth Institute, in a press release. “The advantage of CO2 removal with crushed silicate rocks is that it could restore deteriorating top-soils, which underpin food security for billions of people, thereby incentivizing deployment.”

The researchers say that enhanced rock weathering has several advantages, according to The Guardian. First, many farmers already add limestone dust to soils to reduce acidification, and adding other rock dust improves fertility and crop yields, meaning the application could be both routine and desirable.

“CO2 drawdown strategies that can scale up and are compatible with existing land uses are urgently required to combat climate change, alongside deep emissions cuts,” said Beerling. “Enhanced rock weathering is a straightforward, practical approach.”