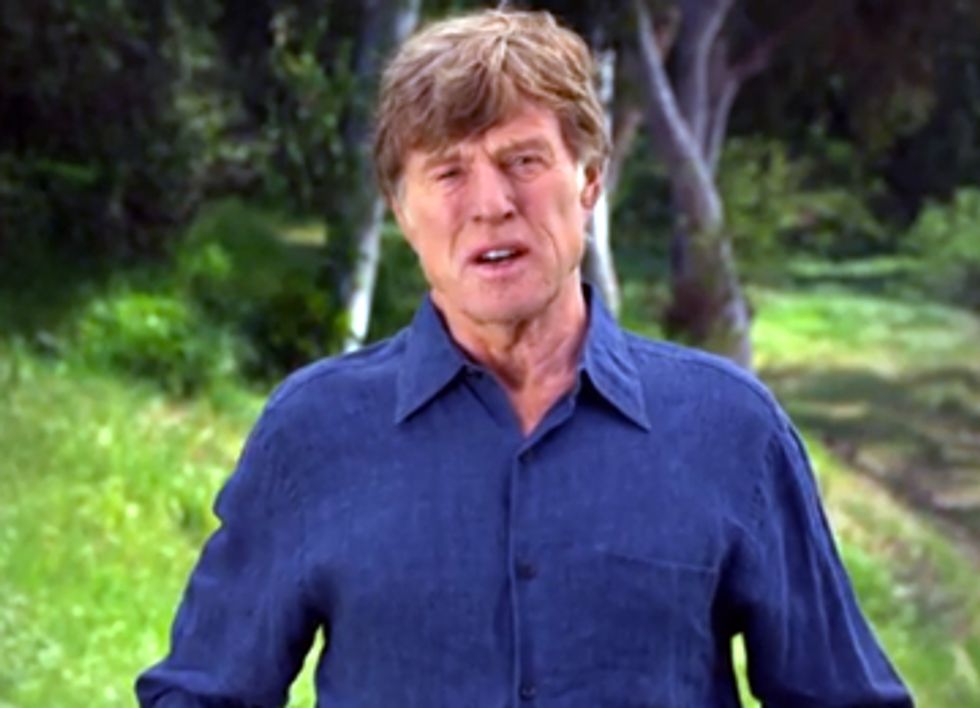 Weather forecasters are saying this summer could deliver above-average temperatures to much of America. If conditions are anything like last year, we could be facing intense heat waves, costly fires and prolonged drought.

This pattern is becoming all too common. Climate change has super-charged the weather, and no matter where we live, every American ends up paying a price: the government spent nearly $100 billion to respond to last year’s storms, floods, drought and fires. That’s more than $1,100 per average U.S. taxpayer.

We cannot let climate change continue to threaten our communities and our economy. In a powerful new tv and online ad campaign, Natural Resources Defense Council (NRDC) Trustee Robert Redford singles out the most effective tool for tackling this crisis right now—presidential leadership.

The good news is President Obama can start making big reductions in global warming pollution today. Under the Clean Air Act, the U.S. Environmental Protection Agency (EPA) can set standards to curb carbon pollution from its largest source—coal-fired power plants. Even while Congress remains paralyzed, the president can move forward and reduce carbon pollution by 26 percent and generate up to $60 billion in public health and climate benefits by 2020.

President Obama believes we have a duty to confront this crisis. I had the honor of attending the Inauguration in January and heard him tell the nation, “We will respond to the threat of climate change, knowing that failure to do so would betray our children and future generations.”

These are powerful words, but it has been 142 days since the Inauguration, and we haven’t seen any new initiatives from the President that reflect his rhetoric or even begin to tap the power of the presidency. As Redford says in the video, “I just hope the president has the courage of his convictions.”

I welcome this call to action from a respected and dedicated clean energy advocate. Redford has been engaged in the climate fight for decades, since he first organized a conference for Russian and American climate scientists back in the 1980s. He knows we can’t afford to delay any longer. Scientists recently reported that the level of carbon in the atmosphere has passed 400 parts per million. Experts warn that we must keep this level from soaring past 450 parts per million to avoid catastrophic climate change. If we want to turn the tide, we must embrace the clean energy solutions Redford describes in the video and we must do it now.

This is the time for decisive leadership, and President Obama showed in his first term that he is capable of it. Last year, he raised raise automobile fuel efficiency to the equivalent of 54.5 miles per gallon—on average—by 2025. These standards will save consumers $1.7 trillion at the gas pump and cut carbon pollution from new cars in half. He also proposed the first-ever carbon limits on new power plants.

But the administration has missed the legal deadline for finalizing that standard and failed to articulate a climate plan for his second term. Now the president needs to act. He can start by cleaning up the carbon pollution belching from existing power plants. If the president reduces emissions from both our vehicles and our power fleet he will have addressed two-thirds of America’s carbon pollution, and he will be able to put America on a path toward stabilizing the climate. This would be a tremendous legacy—one celebrated for generations to come.

But such a legacy will be built on deeds, not promises. NRDC is pressing the White House to commit to a concrete climate action plan and to kick it off by directing the EPA to curb carbon pollution from power plants.

You can help. Join Robert Redford and other concerned citizens in asking President Obama to make a stable climate and a clean energy system part of his lasting contribution to our nation. Ask President Obama to act on climate now and tell Congress to expedite renewable energy.