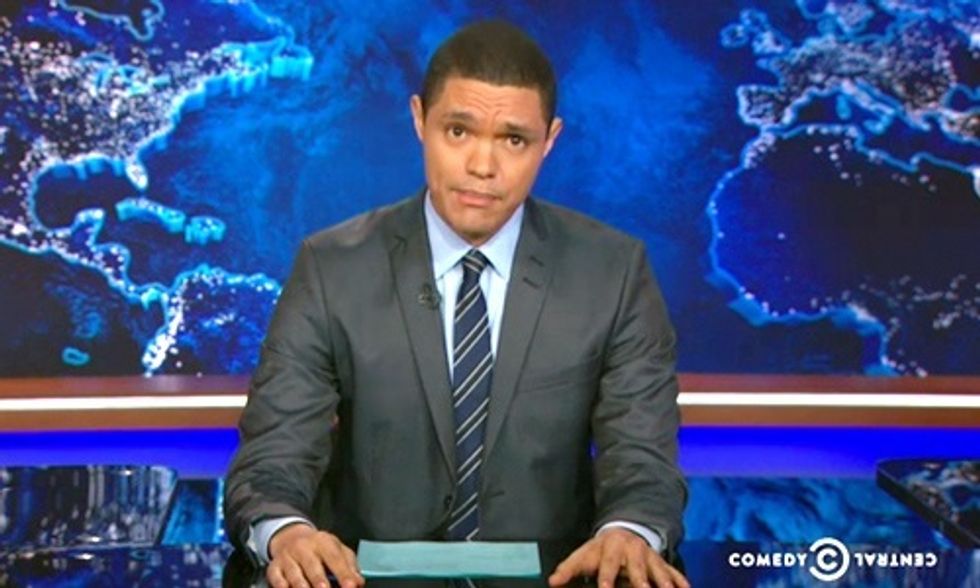 As world leaders gather at COP21, the Paris climate talks, Trevor Noah of The Daily Show offers his analysis of the conference and the state of the planet. "That's right, the planet is dying," says Noah. "And now Obama has to clean up everything."

Noah explains the goals of the conference, but warns that there is still some controversy over the causes of climate change. "The most recent theory is that sea levels are rising due to the tears from everyone listening to the new Adele album," jokes Noah.

Also be sure to check out Daily Show correspondent Desi Lydic's segment, in which she hilariously mocks GOP climate deniers: