The Rise of Big Oil in American Politics 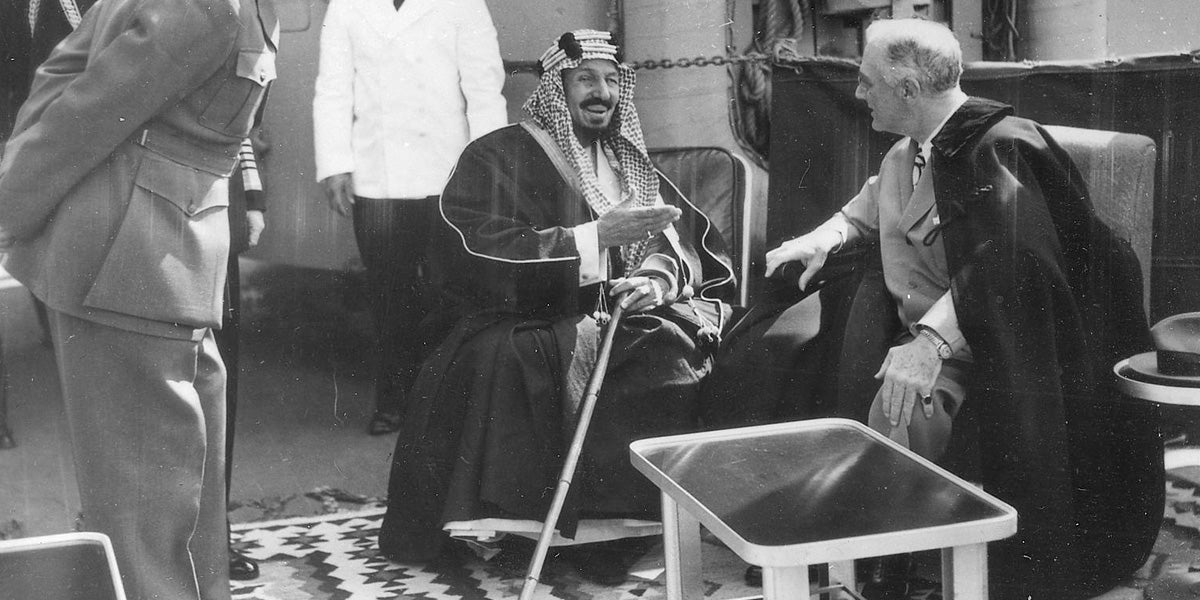 “How Big Oil Bought the White House and Tried to Steal the Country” is the subtitle of a book that tells the story of a presidential election in which a candidate allowed money from big oil companies to help him win office and then rewarded them with plum appointments in his cabinet.

With President-elect Donald Trump picking former Exxon CEO Rex Tillerson as secretary of state, one might think the book is an early exposé of the presidential election of 2016.

Instead, it’s from The Teapot Dome Scandal, a book that tells the story of a corruption scandal that rocked the term of President Warren G. Harding’s administration in the 1920s.

In the context of Tillerson’s controversial appointment, history is a useful guide to understand the rising political power of Big Oil over the past century, a subject I’ve studied and written about. And with Tillerson, the political influence of the energy sector has reached a high point, particularly because it strikes the president-elect and other observers as a sensible, mainstream selection.

But this is only the latest episode of a tight relationship between energy and the U.S. government that stretches over decades.

In 1921, when Albert Fall accepted his position as secretary of the interior, he interpreted his responsibility to accelerate energy development on federal lands, including some in an out-of-the-way place known as Teapot Dome, Wyoming. And he believed that this meant involving private entities.

He brokered a deal with Harry Sinclair and Edward Doheny, major players in the booming American oil fields of the early 1900s, blazing a new trail for federal policy—a trail that laid clear the crucial relationship between energy development and political power. In Fall’s case, he personally accepted cash to allow this access to oil developers, which made him the first cabinet official to go to jail for crimes committed while serving in office.

Since its indiscreet beginning with Teapot Dome, of course, oil has only become more essential to the lives of every American. If we follow the lead of Life magazine creator Henry Luce, who referred to the 20th century as the “American Century,” we are by association also declaring it the era of fossil fuels and particularly of petroleum. Oil and other fossil fuels were the relatively inexpensive energy resources that provided the foundation for the modern consumer society and political policy often focused on ensuring that supplies be assured and kept stable. 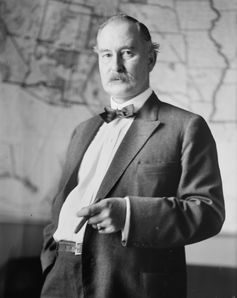 Albert B. Fall, the former secretary of the interior, became the first cabinet official to go to jail for accepting money from oil companies to clear the way for drilling on public lands. Library of Congress

Despite energy being central to our society, though, the policy influence of Big Oil most often functioned behind the scenes. For example, President Franklin Roosevelt in 1945 struck a deal in a secret meeting with King Ibn Saud to allow the U.S. and its allies to have access to Saudi oil for decades to come. During the ensuing decades, foreign oil development was carried out by international companies but often required the support, if discreet, of the U.S. government.

Out From Behind the Scenes

In domestic politics after 1950, the executives of oil corporations were often involved informally in elections, particularly as donors or lobbyists to candidates more friendly to the industry than others. Most often, though, Big Oil remained in the background.

In the modern era of heightened environmental awareness, Republican administrations typically created policies that benefited the oil companies. It was, for instance, the Reagan administration that sought to undermine the new environmental regulations of the 1970s, particularly with Anne Gorsuch as head of the U.S. Environmental Protection Agency and James Watt as secretary of the interior. It was Watt who allowed extensive energy development on federal lands under his jurisdiction—however, with no payment to himself.

Through the 1980s, energy resources on federal lands were opened to development, and environmental regulations were curbed to be more “friendly” to corporate interests. Most often, Reagan was unabashedly overt in his approach in this regard; however, Big Oil and energy were not cornerstones of his administration, per se.

The tenor and role of oil in government changed more substantially when George H. W. Bush and George W. Bush—both former oil executives—were in office. They prioritized an agenda that, while not confrontational, grew from incredibly close consultation with the energy industry that they knew so well.

Dick Cheney personifies the proximity of these energy interests to power during this era. After serving under Reagan and George H. W. Bush, Cheney was the CEO of the world’s largest supplier of drilling and rigging supplies, Halliburton Inc., during the Clinton years before reemerging as George W. Bush’s vice president in 2000.

In the book “Private Empire,” journalist Steve Coll describes Cheney’s consultation with industry executives, from which the Bush energy policy took shape. These close consultations drew criticism for Cheney’s reluctance to disclose the participants and the apparent influence the industry had on policy.

Thus, a review of presidential administrations shows the growing clout of leaders from the energy industry. What’s perhaps more revealing, however, is the increasing willingness to allow this connection to be seen by the public—to view it as business as usual—as evidenced by Tillerson’s appointment.

These political changes have come at a time of growing national awareness of the importance of energy, both as a source of wealth from the expansion of domestic drilling in the U.S. and as a contributor to climate change from burning fuels.

Tillerson’s appointment, along with other cabinet appointees, suggests a major reversal on the nation’s serious treatment of the issue of climate change.

While Obama worked with more than 100 nations to craft the 2015 Paris climate accord, Exxon under Tillerson faced criticism and lawsuits accusing it of concealing the science that substantiated climate change.

Tillerson and the company, which traces its origins back to John D. Rockefeller’s Standard Oil and has operated in about 200 countries and territories, is of course no stranger to foreign affairs and politics. Coll quotes Lee Raymond, Tillerson’s predecessor at the energy giant, as saying: “Presidents come and go; Exxon doesn’t come and go.”

As the 20th century closed, Coll described Exxon’s approach to policy in this fashion:

“The corporation’s lobbyists bent and shaped American foreign policy, as well as economic, climate, chemical and environmental regulation. Exxon maintained all-weather alliances with sympathetic American politicians while calling as little attention to its influence as possible.”

With Tillerson as the country’s top diplomat, the opportunity to redefine the rationale and methods for the entirety of our interactions with other nations is unparalleled. While this has been true to some extent since World War II, this appointment institutionalizes the view that our national diplomacy—much like a business—will be guided by resource acquisition, particularly energy.