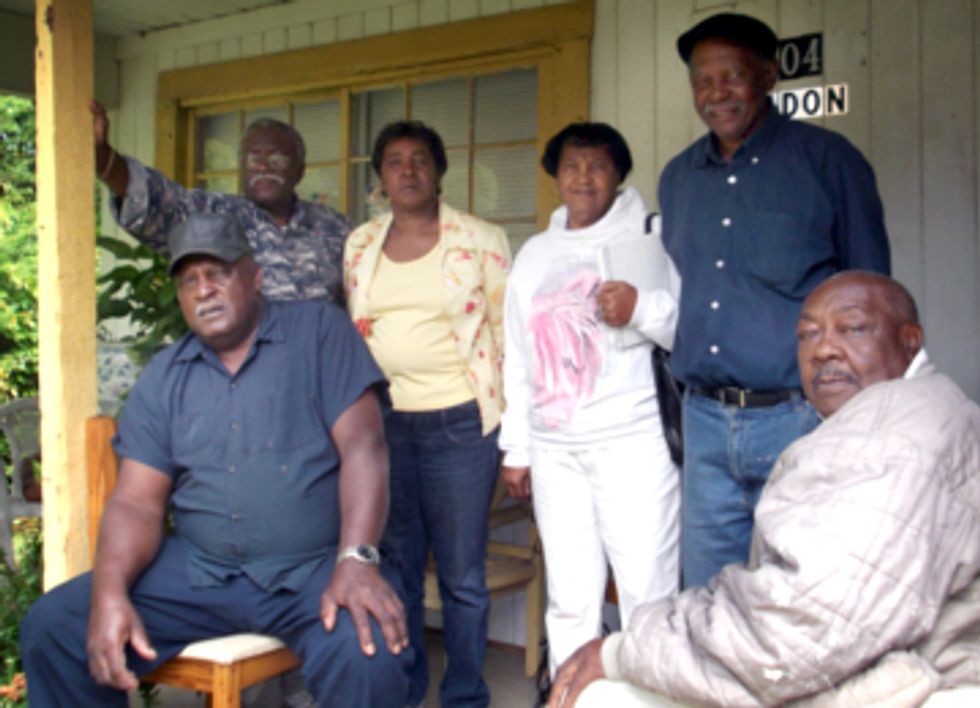 A group of African-American citizens filed suit today against their city government in Rochelle, GA, for discharging the city’s raw sewage onto their properties.

The City of Rochelle failed to report and monitor spills at multiple residences and businesses. Locations marked with red pins.

The Clean Water Act suit, filed in the U.S. District Court, Middle District of Georgia, seeks to stop the un-permitted discharges of raw sewage from manholes, broken pipes and a ditch. The suit would also prevent the city from bypassing its sewer system and endangering public health by forcing citizens to release sewage into their yards in order to keep it out of their homes. These discharges and bypasses are violations of the Clean Water Act.

The city’s sewage conveyance pipes date back to the 1940’s. Sewage backs up in underground pipes during heavy rains, making it flow up into African-Americans’ houses through bathtub and shower drains. To keep the sewage out of their houses during heavy rains, residents remove plugs from sewage pipes or craft other strategies on their own to make the sewage pour into their yards instead of their houses.

The residents have to shovel and bury fecal matter, toilet paper and other noxious debris left in their yards after sewage overflows, which have taken place three or four times a year for decades. Sewage also overflows from manholes and broken pipes into a ditch along the north side of Rochelle and out into Mill Creek, which eventually flows to the Suwannee River.

“Sewage overflows my pipes and flows under my house. It’s time somebody did something about it. They [the white community] live comfortably and I want to live comfortably, too,” said Rufus Howard, one of eight Rochelle residents who are represented by Earthjustice, whose Florida office is handling the litigation.

Nine residents of Rochelle, GA are suing their city government for discharging the city's raw sewage onto their properties.

James Woods, a deacon at Piney Grove Baptist Church said, “We had an Easter program at the church and found raw sewage all over the floors.”

“If we hear a bubbling sound, that means it’s backing up with raw sewage," explained Sittie Butts. "We can’t wash dishes. It goes all over the yard. It smells real bad. We try to keep the kids away.”

“It is embarrassing that anyone in the United States should have to shovel sewage and toilet paper out of their front yard,” said Earthjustice attorney Alisa Coe, who is representing the citizens in this Clean Water Act case. “The Clean Water Act was passed in 1972 to stop this kind of thing. If the city can fix it on the south side of the tracks, they can fix it on the north side too.”

The sewage from manholes and broken pipes flows into the streets and to the ditch along the north side of town, which discharges to Mill Creek. This is a clear violation of the Clean Water Act and the city’s permit. Once a favored fishing stream used by people in the neighborhood, Mill Creek is now so foul it is no longer used at all.