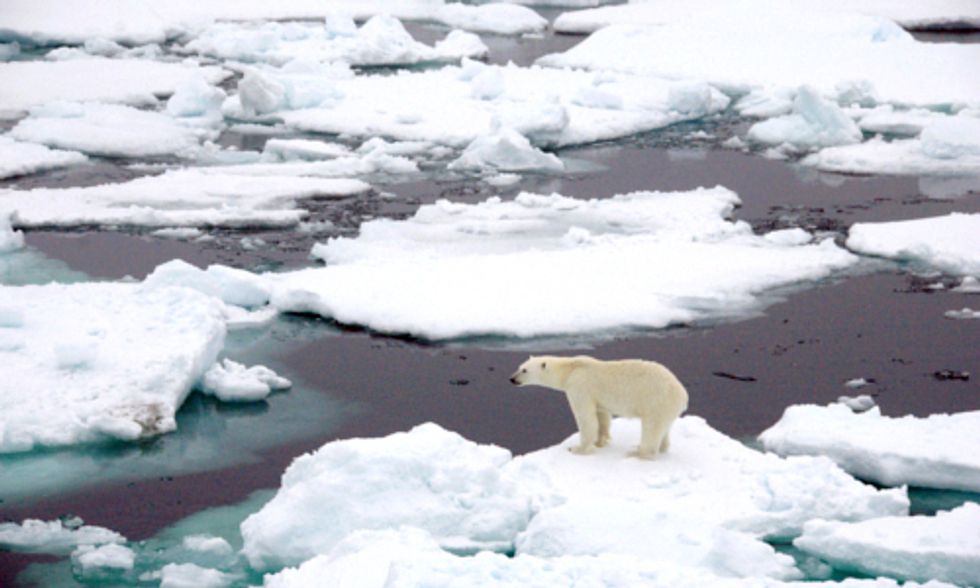 Good news for Arctic mosses, if not for any other Arctic creatures: little tundra plants that have been buried under the Canadian ice can feel the sunlight for the first time in at least 44,000 years.

Researchers have found that the Arctic is warmer now than it was in the early Holocene—the end of the last Ice Age—when the peak summer sunlight was roughly nine percent greater than present day. Photo credit: fruchtzwerg's world/ Flickr

This also means that the Arctic is warmer now than it was in what geologists call the early Holocene, the end of the last Ice Age—when the peak summer sunlight was roughly nine percent greater than it is today, according to Dr. Gifford Miller of the University of Colorado Boulder.

The mosses studied by Dr. Miller, of course, could feel nothing: they were dead. But they could tell a story, all the same.

The Arctic ice cap has been in constant retreat for the last century, and glaciers almost everywhere have been melting: there are fears that the process has begun to accelerate as greenhouse gases concentrate in the atmosphere.

But as the ice recedes, it exposes evidence of the past, preserved over the millennia in the natural deep freeze.

Creating a Timeline of Climate Change

Miller and colleagues report in Geophysical Research Letters that they did their fieldwork on Baffin Island in the Arctic Circle, and measured the radiocarbon ages of the dead mosses in at least four different locations.

They were careful to pick their 145 samples within one meter of the receding ice cap. Since the ice is receding at two or three meters a year, they could be sure the plant tissues had just been exposed that season.

Since the plants could only have taken root in sunlight, they were evidence that the exposed terrain was once free of ice. They became silent witnesses, telling researchers about the changes through time in the frozen North.

“The key piece here is just how unprecedented the warming of Arctic Canada is," said Miller. "This study really says the warming we are seeing is outside any kind of known natural variability, and it has to be due to increased greenhouse gases in the atmosphere.”

Since radiocarbon clocks can only tick for so long, the Colorado team used ice cores to provide clues to the climate history of Baffin Island: each winter’s snowfall and summer melt is preserved in the icepack and like the growth rings in a tree provides a calendar of annual change.

The last time temperatures on Baffin Island were as high as today was about 120,000 years ago. About 5,000 years ago, after a mellow period in the early Holocene, the Arctic began to cool again, and stayed cool until the beginning of the last century.

“Although the Arctic has been warming since about 1900, the most significant warming in the region didn’t really start until the 1970s,” said Dr. Miller.

“And it really is in the last 20 years that the warming signal from that region has been just stunning," Miller concluded. "All of Baffin Island is melting, and we expect all of the ice caps to disappear, even if there is no additional warming."