Report Looks at Health Threats from Flooding in a Warming World 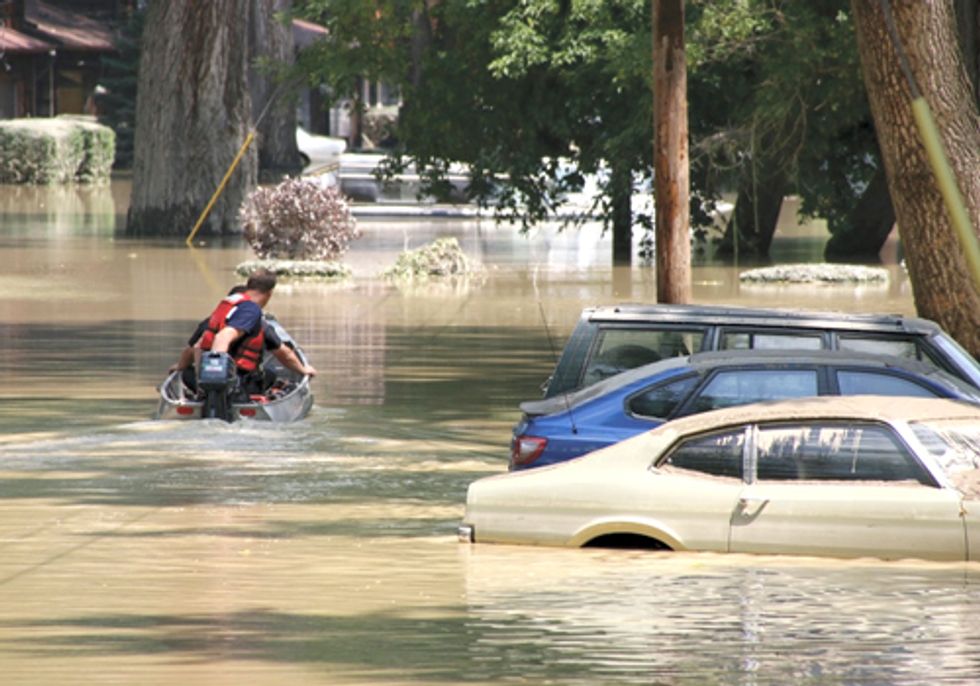 Extreme precipitation and flooding, likely on the rise in a warming world, carry significant and often hidden health risks, according to a report, After the Storm: The Hidden Health Risks of Flooding in a Warming World, released today by the Union of Concerned Scientists (UCS).

“Damage from floods is typically measured in terms of lives lost and the cost of damage to buildings and infrastructure,” said Liz Perera, UCS public health analyst and one of the report’s co-authors. “But what are often overlooked are the potentially costly public health impacts.”

The report calls attention to these impacts by listing the top five health risks of extreme precipitation and flooding—drowning while attempting to drive through rising water; drinking contaminated tap water; being exposed to fouled water bodies; coming into contact with backed-up sewage in your home, and being exposed to mold.

“Over half of all outbreaks of waterborne diseases in the U.S. occur in the aftermath of heavy rains,” said Perera. “Health risks will likely increase as extreme rainfall events are projected to become more common in a warming world.”

“We think of waterborne illnesses as a problem in developing countries, but it’s a very real public health issue here in the U.S.,” said Dr. Marc Gorelick, division chief of pediatric emergency room medicine at Children’s Hospital of Wisconsin, in Milwaukee. “Climate change, because it likely causes heavier storms, could threaten our already vulnerable water supply and lead to more cases of gastrointestinal illness.”

Gorelick conducted a study which found that between 2002 and 2007, there was an 11 percent increase in gastrointestinal cases at Children’s Hospital within four days of heavy rains.

The UCS report also points out that flooded homes and buildings create a breeding ground for mold, which can cause debilitating respiratory and neurological problems. Mental health problems also tend to increase in the wake of extreme weather disasters. These health problems can persist long after flood waters have receded.

“Like many older cities, heavy precipitation can put a strain on New York City’s infrastructure,” said Angela Licata, deputy commissioner for sustainability at the New York City Department of Environmental Protection. “We are continually innovating to meet that challenge, while maintaining and improving essential services.”

Other factors that affect flooding risks include where people live, how land is developed and the investments made in building resilience.