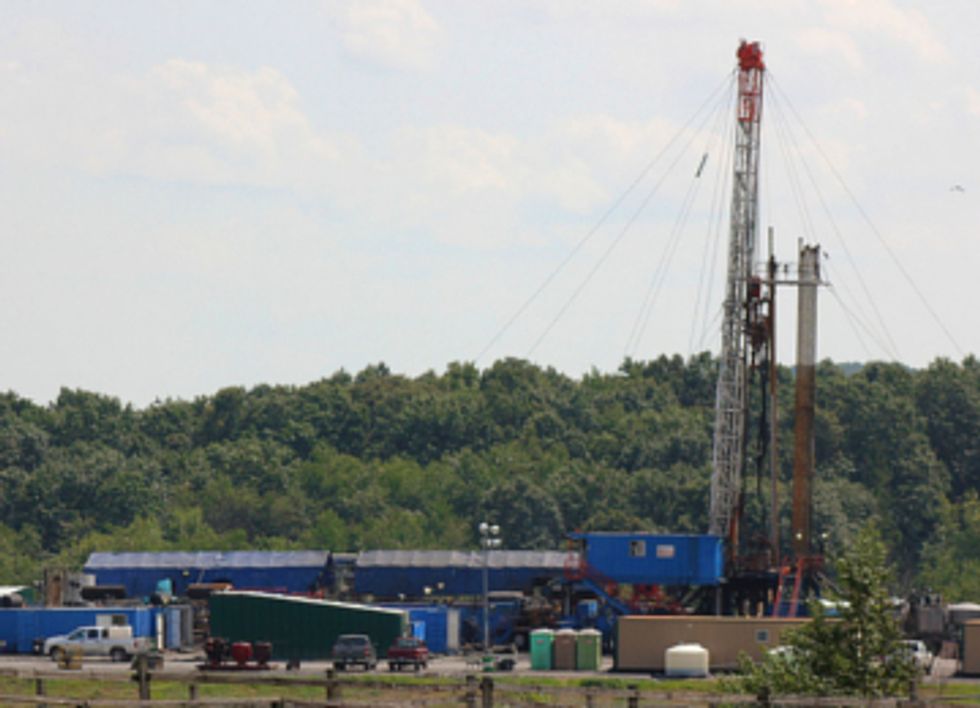 What’s it like living in a small town that’s gone from rust belt farmland to fracking boomtown?

First, residents often say, there’s the traffic. Communities have been unexpectedly flooded with heavy tractor trailers that locals say turn 10 minute commutes into hour-long ordeals, choke back roads and decimate pavement so badly that in some areas, drilling companies are barred from entering until they agree to pay for road repairs. “The traffic here is horrendous,” Towanda, PA, resident Joe Benjamin told NPR.

Others often describe the impacts on the social fabric—a “wild west” atmosphere that brings with it increased crime and public health problems.

But these reports have been largely anecdotal, with little to quantify how big these impacts are or how much of it is due to fracking. Until now.

A new report by Food and Water Watch (FWW) examines the social impacts of fracking; comparing traffic, crime and sexually transmitted infections in rural Pennsylvania counties. Using a decade worth of county-level data, they compare the differences between counties with substantial fracking and without, and how these counties have changed over time, from before the boom until after it set in.

"Pennsylvania’s natural gas boom has brought thousands of new gas wells, a number of transient workers and a host of social problems," the report says. “This study is the first detailed, long-term analysis of the social costs of fracking borne by rural Pennsylvania communities."

FWW researchers reviewed 10 years of annual, county-level data for heavy-truck accidents, disorderly conduct arrests and cases of gonorrhea and chlamydia, dividing the data into two periods: before fracking (ie 2000 to 2005) and after the boom set in (ie 2005 to 2010). For arrests and for sexually transmitted infections, the report primarily focused on the number of arrests or cases, but the researchers added that controlling for population differences “yields similar results.”

The report focuses on Pennsylvania’s 35 rural counties, saying this helped “to avoid background noise associated with other industries and urban populations,” and compares the 12 counties where no fracking occurred to the 23 counties with fracking.

FWW also identify eight counties that had at least one well for every 15 square miles, which they label “heavily-fracked” counties. Although counties with metropolitan areas were excluded, this still left a large sample size. Roughly 80 percent of the roughly 5,000 new shale gas wells drilled in Pennsylvania between 2005 and 2011 were located in counties considered “rural,” using U.S. Census definitions, the researchers noted.

The data generally corroborates the picture painted by media profiles of life in shale boomtowns. Transient workers, drawn by the promise of jobs that can pay $45 an hour or more, have flooded rural communities in places like Pennsylvania, Texas and North Dakota.

In Pennsylvania, one in ten rural residents lived in poverty in 2010, so the economic benefits from oil and gas lease money and new drilling jobs can be quite visible. But so too can the social costs.

These problems carry their own economic costs. The researchers calculated the financial burden imposed on rural counties by traffic accidents alone, estimating that if the heavy truck accident rate in fracked counties had matched those untouched by the boom, $28 million would have been saved.

"Proponents tout fracking as a panacea for energy independence and job creation, but the social costs identified in this study have real economic impacts on rural communities as well," the report says. "Traffic accidents and public disorder arrests associated with fracking cost counties and municipalities with already-stretched finances."