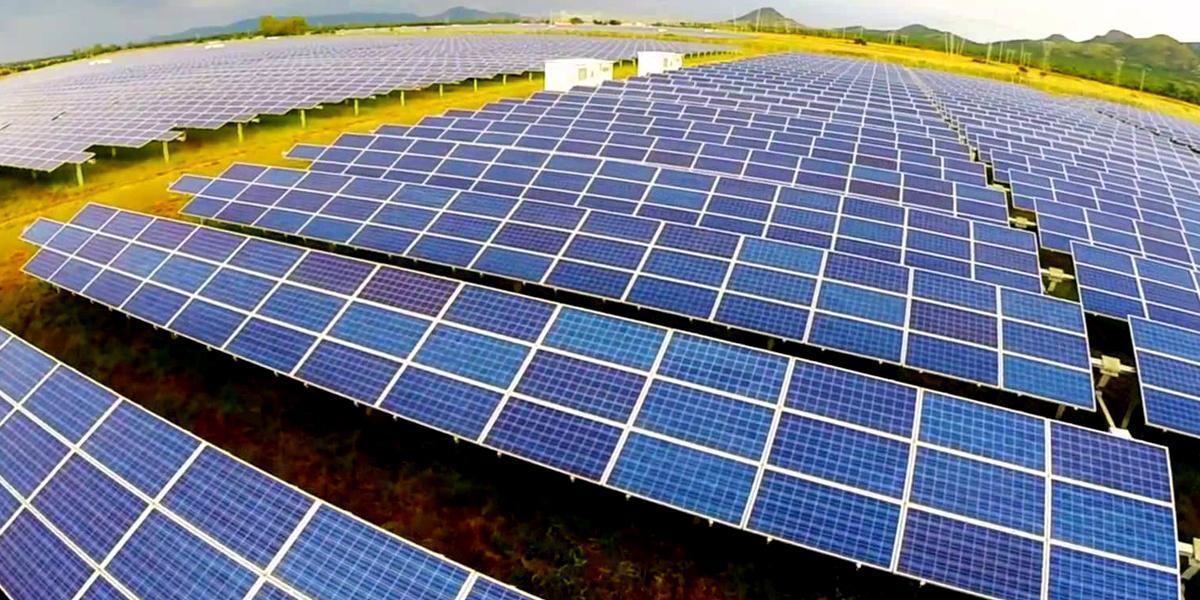 California continues to lead the way on clean energy, but energy efficiency and renewables are gaining major ground across the country, a new ranking of states and cities shows. Six states now get at least a fifth of their power from non-hydro renewable sources such as wind and solar—further confirmation that regardless of the Trump administration’s efforts to promote fossil-fuel interests, clean energy is making undeniable inroads.

The Golden State and Massachusetts lead the eighth annual U.S. Clean Tech Leadership Index from the research firm Clean Edge for a fifth year in a row, the latter bolstered by its strong record of energy efficiency and private investment in clean tech. Vermont, Oregon and New York round out the top five.

The ranking scores each state on the policies, capital (both financial and human), and technology each has deployed to scale up clean energy. California, of course, has long been a leader in all three areas, with more solar energy generation than any other state, 1.2 million electric and hybrid cars on the road and $9.5 billion in clean-tech venture capital funding over the past three years. 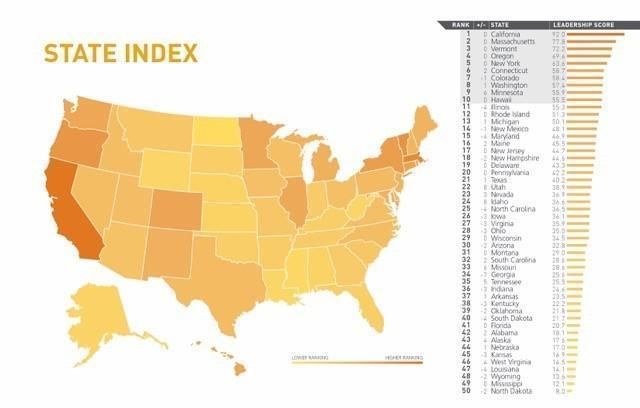 San Francisco, San Jose, Washington, DC, San Diego and Portland, Oregon, top the cities ranking, based on criteria including green buildings and transportation. “There are no weak spots in the City by the Bay’s performance,” the report said, highlighting San Francisco’s strong adoption of clean vehicles and an increased commitment to measuring, reporting and reducing greenhouse gas emissions. Washington rose two spots in the ranking this year in part on the strength of its building stock and public transit ridership.

The adoption of clean energy across the U.S. is a trend that supersedes politics. The top 10 list for renewable electricity generation as a share of the total is split evenly between red states and blue states, with Iowa showing large gains in wind since 2009 and Nevada adding geothermal power.

Overall, wind and solar accounted for 61 percent of the new electric capacity added in 2016, the report said. And while the clean energy sector helps the nation cut planet-warming carbon emissions and clear the air, it is also creating jobs, an indicator that Clean Edge added to its analysis this year for the first time.

In Vermont, which fell to third in the rankings overall, clean energy jobs accounted for the largest share of total jobs (four percent) compared to other states. As the group Environmental Entrepreneurs (E2) has noted, the clean energy sector supports three million jobs nationwide, from wind turbine technicians to installers of energy-efficient appliances. 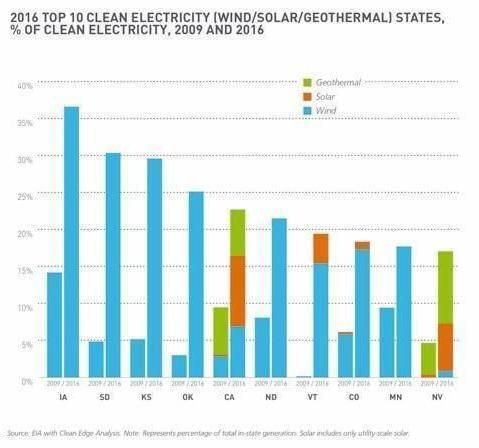 Falling costs for wind and solar, combined with state and local policies that promote renewable energy, are driving the shift to renewables, Clean Edge said, noting that five states increased their clean energy targets to 25 percent or more in 2016, while five more states are aiming for at least 50 percent. Cities, too, are setting ambitious goals, with Portland, Salt Lake City, San Francisco, San Diego, Atlanta and San Jose all planning to be entirely powered by renewables within the next few decades.

Seventeen states now get at least 10 percent of electricity from non-hydro, utility-scale renewables, a more than fivefold increase from when the index debuted in 2010. Clean energy growth was under way long before Trump’s ascendance, and will continue long afterward.

Ralph Cavanagh is co-director of the energy program at Natural Resources Defense Council.