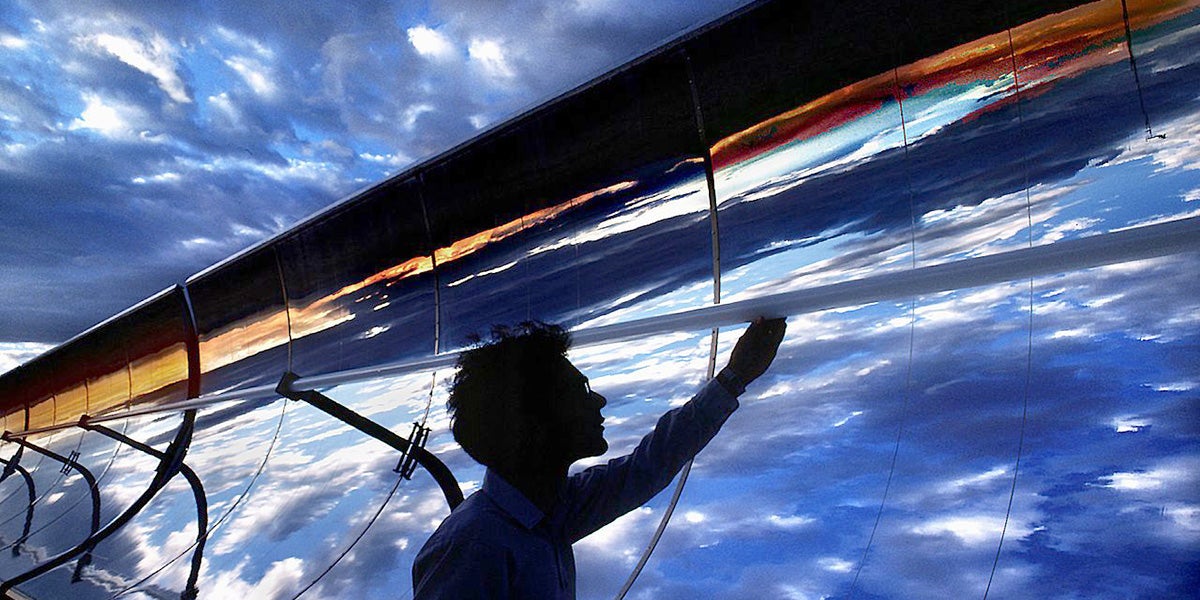 One megawatt of solar power was installed every 32 minutes in the U.S. from July to September, for a record total of 4,143 megawatts of new, clean energy, according to the Solar Energy Industries Association (SEIA) and GTM Research’s U.S. Solar Market Insight report.

That brings total installed solar capacity in the U.S. to 35.8 gigawatts, enough to power 6.5 million homes. Solar power may double from 2015 to 2016. SEIA said. 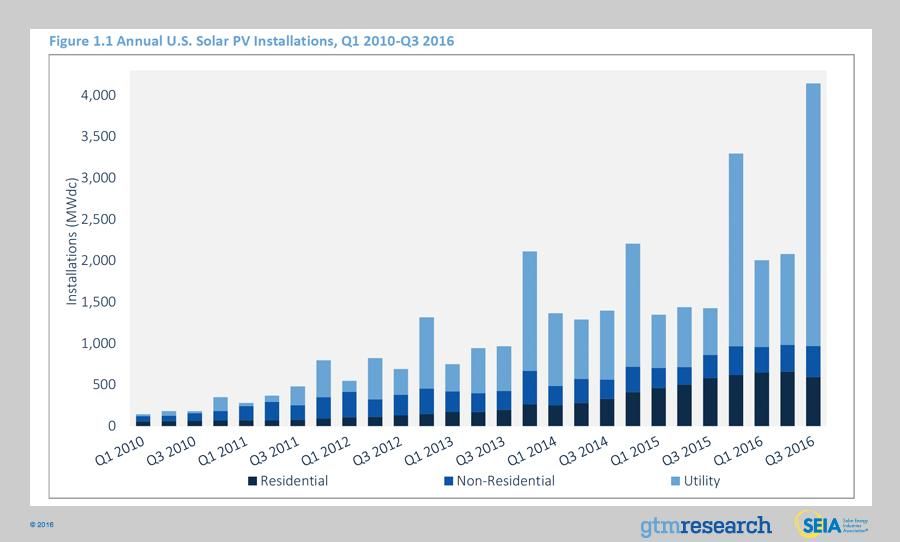 Through the end of September, solar accounted for 39 percent of all new electric generating capacity brought on-line in the U.S. Both utility-scale installations and residential installations grew strongly. Electric power utilities accounted for 77 percent of additions to the grid, while both corporate and residential customers added capacity as well.

“The solar market now enjoys an economically-winning hand that pays off both financially and environmentally, and American taxpayers have noticed,” said Tom Kimbis, SEIA’s interim president. 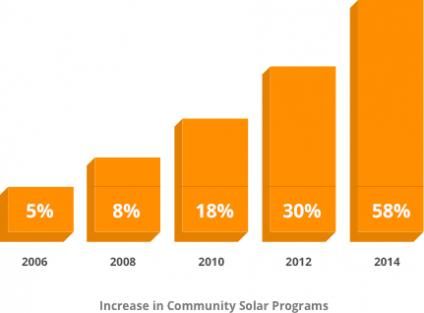 Community solar represents another growing trend. In these programs, both residential and business customers share a large, central installation. These work well for renters and condo owners, homeowners who can’t install rooftop solar panels or owners of historic buildings that are not permitted to alter the structure.

Community solar is expected to add 200 megawatts this year, a fourfold increase over 2015 according to SEIA. Much of the demand is being driven by the nosedive in solar system costs. Overall pricing fell by 6.9 percent in the 3rd quarter, with costs now below $3 per watt.

“The phenomenal boom in U.S. solar is being driven by dramatically lowering solar costs, to the point where solar is in many cases now the most affordable power and smartest investment for homeowners, businesses, and cities,” said Glen Brand, Maine chapter director for the Sierra Club. “And this is despite the enormous subsidies for dirty fossil fuels and the coordinated attacks on state solar policy by monopoly, private utilities.”

Municipalities, which are often large users of electricity for government buildings, streetlights and other needs are adding cost-effective solar as well. The village of Minster, Ohio, was the first. A 3-megawatt solar array is saving the town $1 million per month.

Peterborough, New Hampshire, completed its 1-megawatt installation in 2015 and Portland, Maine, plans to build a 660-kilowatt solar project on an a closed landfill that will power city hall and the 1,900-seat Merrill Auditorium.

Looking ahead, SEIA forecasts a decline in new installations in 2017 and 2018. Some near-term pullbacks are due to delays in utility connection projects, which currently see an 8-gigawatt backlog. SEIA expects growth to resume in 2019.