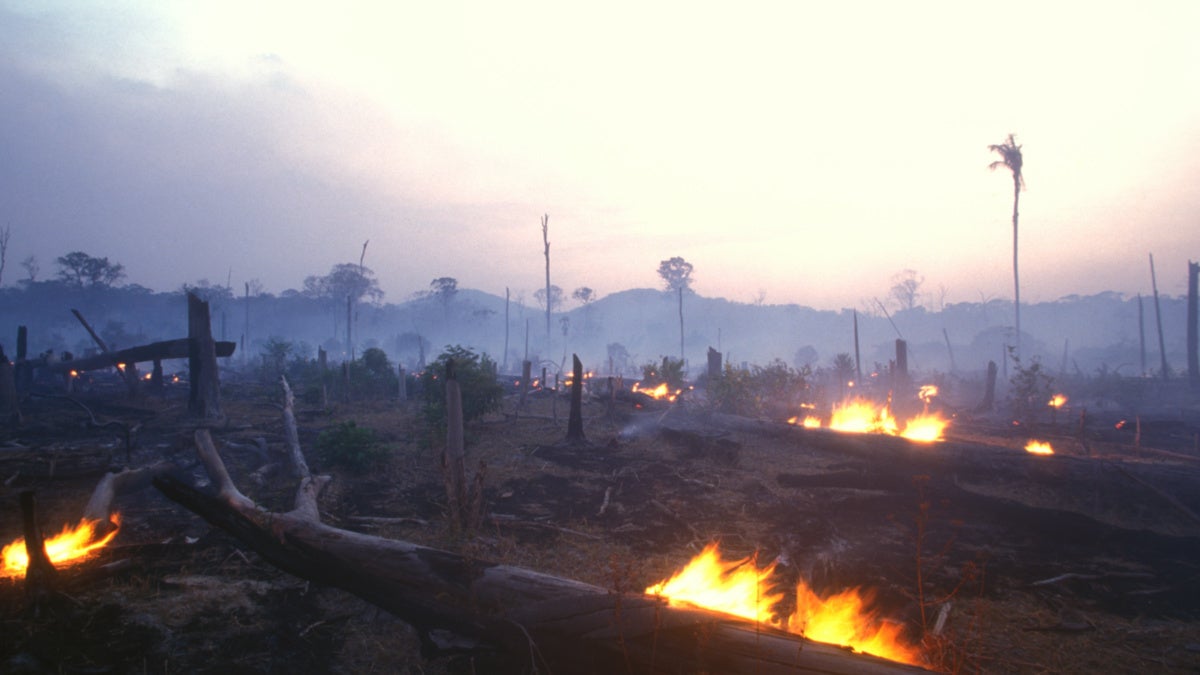 Brazil burnt, logged and bulldozed a third of the area lost, with the Democratic Republic of Congo and Indonesia placing second and third. Brasil2 / Getty Images

The count by the University of Maryland means that 2019 was the third most devastating year for primary forests — comprising old-growth trees and highly diverse wildlife — since scientists began such surveys two decades ago.

Brazil burnt, logged and bulldozed a third of the area lost, with the Democratic Republic of Congo and Indonesia placed second and a distant third, concluded WRI experts from the Global Forest Watch (GFW) project.

“Primary forest loss was 2.8% higher in 2019 than the year before and has remained stubbornly high for the last two decades despite efforts to halt deforestation,” exclaimed the study’s authors.

“Hot spots” identified in satellite images, said the WRI, had corresponded with reports of land-grabs inside the Trincheira/Bacaja indigenous reserve of Brazil’s Para state.

Deforestation across the Amazon was nearing a threshold, calculated another in March, that once crossed would see it morph into arid savannah within 50 years.

Indonesia was “one of the few bright spots in the global data,” wrote WRI fellow Frances Seymour and colleagues, referring to a 5% loss decline since 2018.

In its Global Forest Watch report, the WRI highlighted Bolivia, saying its removal of primary forest and surrounding woodlands — to produce soy and range cattle in 2019 — had been 80% higher than any of its previous years on record.

“Its highly biodiverse Chiquitano Dry Forest was particularly affected, with reports that nearly 12% of it burned,” said the study.

“We know that deforestation is lower in indigenous territories,” Seymour said.

Global Forest Watch (GFW) project manager Mikaela Weisse said, if left undisturbed, areas stripped of virgin rainforest would “take decades or even centuries” to get back to their original state.

Those virgin rainforests destroyed comprised but a third of all tree cover (119,000 million hectares, including plantations) lost across the global tropics in 2019, said the study.

“At least 1.8 gigatonnes of carbon dioxide emissions are associated with 2019 primary forest loss, equivalent to the annual emissions of 400 million cars,” said the authors.

Trees are estimated to absorb about a third of all planet-warming emissions from fossil-fuel combustion, including petrol and diesel-powered vehicles.

The current Covid-19 pandemic had changed dynamics, said Weisse, weakening enforcement of forest-protection laws and leaving rural families desperate to feed themselves back home after losing jobs in cities.

In April, scientists grouped within the Global Carbon Project estimated that coronavirus-induced economic slowdowns would trim carbon dioxide emissions by more than 5% year-on-year.

It was “something not seen since the end of World War Two,” said project chair Rob Jackson, professor of Earth system science at Stanford University, California.

But, recalling the aftermath of the 2008-2009 global financial crisis, climate scientist Corinne Le Quéré at England’s University of East Anglia, forecast in April that emissions were likely to rebound if structural changes were not instituted.

Last week, host Britain confirmed that UN climate talks due in Glasgow, known as COP26, had been postponed a year until between November 1 and 12 2021.