Pulling a Con Job on Fracking in Canada and Ohio 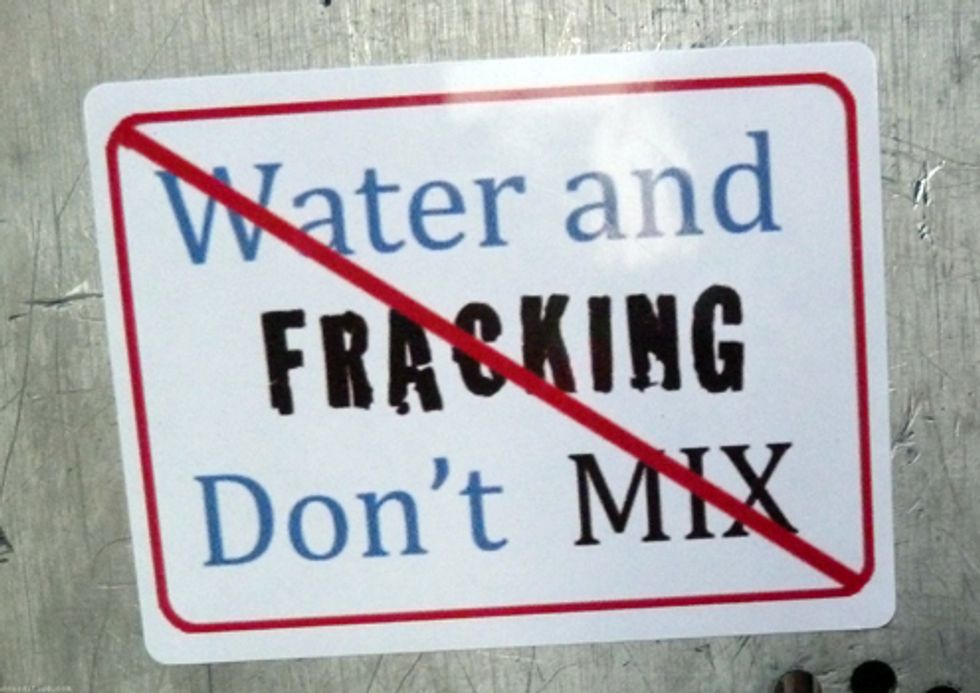 The leader of Canada’s opposition party, the New Democratic Party (NDP), Tom Mulcair has accused one of Canada’s leading oil and gas lobby of “pulling a con job” whilst trying to promote fracking.

Out political campaigning over the weekend, Mulcair slammed the Canadian Association of Petroleum Producers (CAAP) for “deceiving the public when it says there are regulations to ensure that shale gas fracking is safe," according to reports in the Canadian press.

Any regular reader of this blog will know CAAP is a cheerleader for the dirty tar sands.

Now it seems that CAAP is also spinning the benefits of fracking. “I met with the leadership of the Canadian Association of Petroleum Producers who gave me a lovely brochure, colour, glossy, explaining that they had a policy that all companies doing fracking had to reveal the contents of the fracking fluid,” Mulcair said.

He continued: “I said, ‘But the companies aren’t doing that.’ You know what they said? ‘Well, we can’t force them, they’re just our members.’"

Mulcair added: “That representative of the Canadian Association of Petroleum Producers was out here pulling a con job, trying to make people believe that somehow they were regulating, somehow they had rules that were going to mean something.”

Mulcair threw down the gauntlet to the industry to tell the public what is in fracking fluid. “Here’s one tough question: If you think that your method of getting to that gas is safe, why won’t you reveal the contents of the fracking fluid?” he said. “Because that fracking fluid contains known carcinogens and other very dangerous substances.”

Muclair’s comments come as across North America, state legislators are struggling to regulate the technique. And what you find is that it is not just in Canada where the industry and its allies are pulling one big fat con job.

In California, where they also don't know what is in the fracking fluid, they are fighting to even find out that drilling is about to happen. But don’t get your hopes up. Last month the California Senate killed a measure requiring drillers to purely inform the public before fracking.

Amazingly, the bill would not have even regulated the controversial bill. According to the LA Times, it “merely would have required that drillers notify local property owners and water authorities in advance that fracking was going to take place."

But even that small right to know has been denied.

Kasich, who has taken a cool $200,000 from the gas industry, “has now more than adequately repaid the favour," claim the activists.

It certainly looks that way. SB 315 “eliminates all public notice for fracking well permits, opens gaping loopholes in disclosure laws that allow fracking companies to keep toxic chemical cocktails secret from communities, establishes the lowest tax rates on the gas industry in the country, and gags doctors from discussing the health impacts of fracking.”

So you don’t get to know fracking is about to happen, what is in fracking chemicals and your doctor can’t tell you if the chemicals have made you sick.

If you live in Ohio, on June 17 Ohioans will be mobilizing in a rally against Kasich and his oil industry buddies. If you care about your future, be there. For more details go here.