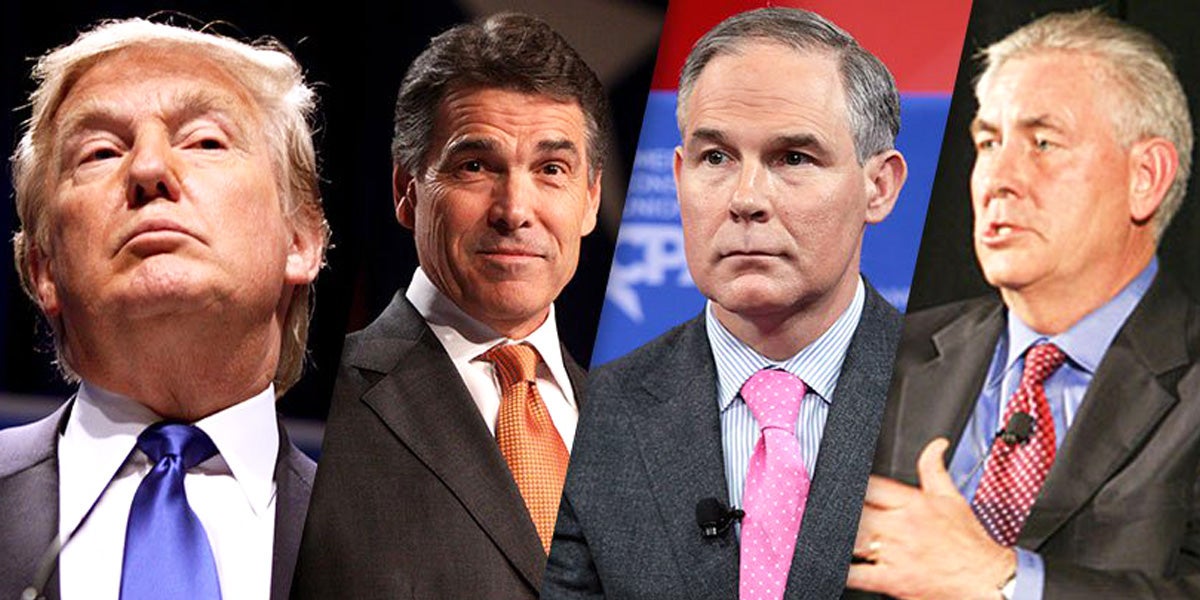 We all expected that Trump‘s cabinet would mean trouble for many of the things we care about, from clean energy and healthy communities to our very democracy itself. But his chosen nominees are worse than we could have imagined. These individuals, responsible for the policies and decisions that affect the lives and well-being of all Americans, have a combined net worth of more than $13 billion so far—that’s five times the net worth of President Obama’s cabinet and more wealth than a third of American households. As you might expect, their ties to corporations run deep and those ties are reflected in their positions and past actions. Here’s what you should know about what Trump’s nominees mean for our food, water, environment and democracy—and how you can oppose their confirmations:

Why you should worry: Pruitt has bragged about suing the U.S. Environmental Protection Agency (EPA) multiple times, has often decried its decisions and now he’s on deck to run it. His troubling history includes:

Notable quote: “It should come as no surprise that I am working diligently with Oklahoma energy companies […] to fight the unlawful overreach of the EPA and other federal agencies.”

What you can do: Send an email to your senators asking them to reject Pruitt.

Nominated for: Secretary of State

Why you should worry: His tenure at Exxon gives us insight into how he’d behave as Secretary of State:

Corporate ties: He’s the former CEO of ExxonMobil and has been since 2006. He owns Exxon shares worth $151 million.

Notable fact: Tillerson once sued to keep water towers for a fracking project out of his own backyard.

What you can do: Send an email to your senators asking them to reject Tillerson.

Nominated for: Secretary of Energy

Why you should worry: During his first presidential bid, Perry said in a debate that he would eliminate the Department of Energy—and now he’s slated to run it. Based on his history and corporate connections, we expect him to promote fossil fuels and fracking at a time when we urgently need to shift to renewable energy.

Notable quote: Perry supports fracking: “We can have this conversation but you cannot show me one place, not one where there is a proven pollution of groundwater by hydraulic fracking.”

What you can do: Send an email to your senators asking them to reject Perry.

Nominated for: Secretary of the Interior

Why you should worry: Zinke has voted over and over against protecting our public lands from the fossil fuel industry:

Corporate ties: He’s taken hundreds of thousands of dollars in campaign contributions from the oil and gas industry.

What you can do: Send an email to your senators asking them to reject Zinke.

Why you should worry: In 1986, his appointment to a federal judgeship was derailed because he was deemed too racist. He has called organizations that protect our civil rights “un-American” and he has opposed the Voting Rights Act, landmark legislation that prohibits racial discrimination in voting. (This year’s election was the first in 50 years without the full protections of the Act).

On the environment, his record is also troubling. As Senator, he helped introduce the first legislation to exempt fracking from regulations protecting our drinking water (co-sponsoring the bill with infamous climate change denier, James Inhofe). He also turned a deaf ear to his own constituents that said their water had been contaminated by fracking.

Notable quote: “Carbon pollution is CO2, and that’s really not a pollutant; that’s a plant food and it doesn’t harm anybody except that it might include temperature increases.”

What you can do: Send an email to your senators asking them to reject Sessions.

Trump's Pick for Attorney General Could Be Big Boost to Monsanto via @EcoWatch https://t.co/GNpF1qRcVf 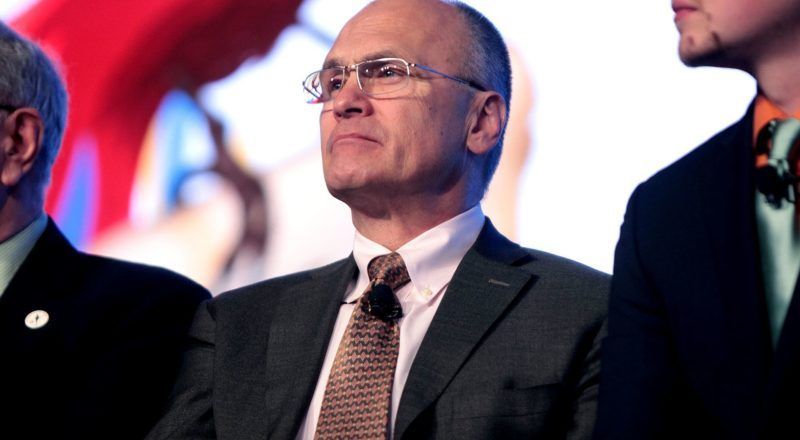 Nominated for: Secretary of Labor

Why you should worry: Puzder has a terrible record on workers’ rights. He opposes the minimum wage and has a history of putting profits above workers’ well-being. We expect him to weaken the efficacy of the Occupational Safety and Health Administration, thereby threatening workers and the overall safety of our food.

Corporate ties: This fast food mogul is CEO of Hardees and Carl’s Jr.

What you can do: Send an email to your senators asking them to reject Puzder.