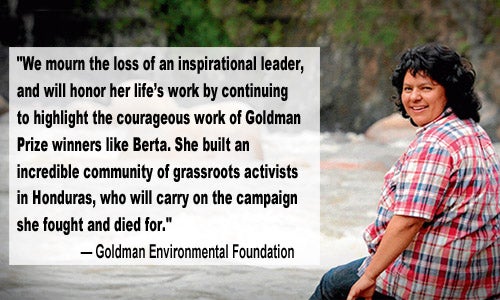 The tragic murder of Honduran environmental activist Berta Caceres has shined a spotlight on crimes against activists around the globe. As a grassroots global philanthropy, our work at Global Greengrants Fund directly intersects with these activists and their work. We give out more than 700 small grants every year, totaling more than $8 million, almost exclusively to small groups and environmental and human rights activists. Unfortunately, our grantees are increasingly threatened for their work protecting the Earth and their homelands.

One of our grantees is the Argentinian organization “Mapuche People Winkul Newen,” which is an indigenous and civil rights organization protesting against oil exploration in their native territorial homelands. In December of 2012, Relmu Namku, who is one of the Winkul Newen community leaders and activists, allegedly injured a local magistrate during a protest—the magistrate, Veronica Pelayes, was hit by a rock which allegedly broke her nose and the local police claimed that Namku threw the rock. 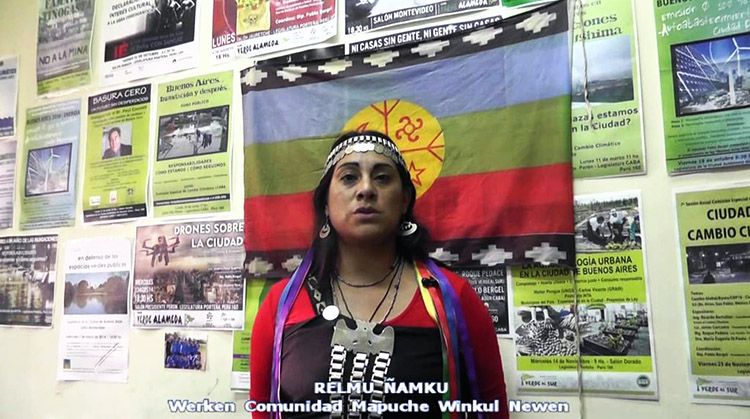 The alleged crime was vastly trumped up and called “attempted homicide” and Namku was put on trial during which the international media took note because the trial was seen to symbolize the criminalization that activists face around the globe. Namku was eventually acquitted of the charge in late 2015 and set free. After earning her freedom, Namku has become a higher-profile leader, negotiating with the new Argentinian government to protect her indigenous homelands and fight against the threat of oil drilling and other forms of occupation.

Another of our grantees was an organization of scientists, “Environmental Watch on North Caucuses” in Russia. Leaders of the organization, including Yevgeny Vitishko, were very critical of the 2014 Olympic games in Sochi which destroyed thousands of acres of pristine forest and rare salmon habitat, much of it right in the middle of Sochi National Park. At protests against the Olympics, Vitishko was arrested for swearing in public and for spray-painting a fence. 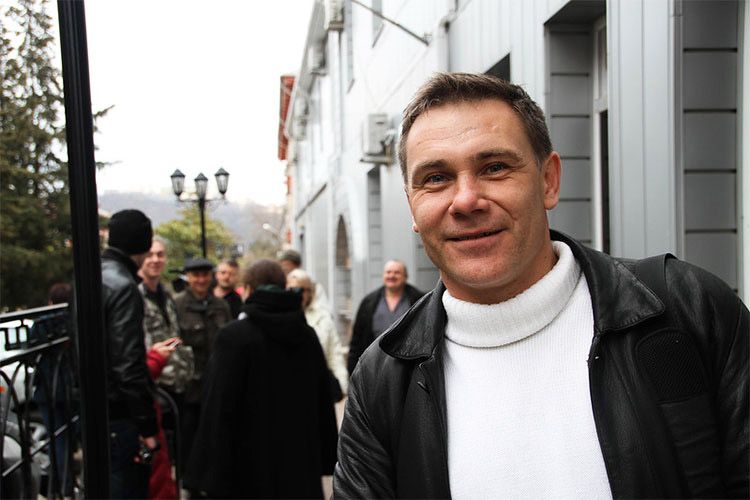 He was later sentenced to three years in a penal colony for those alleged “crimes,” which most observers felt was a politically motivated and vastly trumped up punishment. Environmental Watch had created a long report critiquing the Sochi Olympics that infuriated the Kremlin and intensified the Kremlin’s campaign against environmental critics during the Olympics. Vitishko ended up serving a year in prison and was released at the end of 2015. His colleague, Suren Gazaryan, won the Goldman Prize and spoke out against the Sochi Olympics and Vitishko’s imprisonment at the Goldman award ceremony. As we head into the already controversial summer Olympics in Brazil, we wonder if the same attacks against activists will occur?

The Council of Indigenous and Popular Organizations of Honduras (COPINH) and its former leader Berta Caceres had received several greengrants. This tragic and now internationally known story, ends with Berta’s murder two months ago. She fought successfully to stop a massive hydroelectric dam in her indigenous homelands and also won the Goldman Prize for her efforts. The success of her campaign and her international notoriety could not stop the attacks against her. Even during her Goldman award ceremony, the threats against her life were noted, as were the severe problems facing environmental and human rights activists in Honduras. 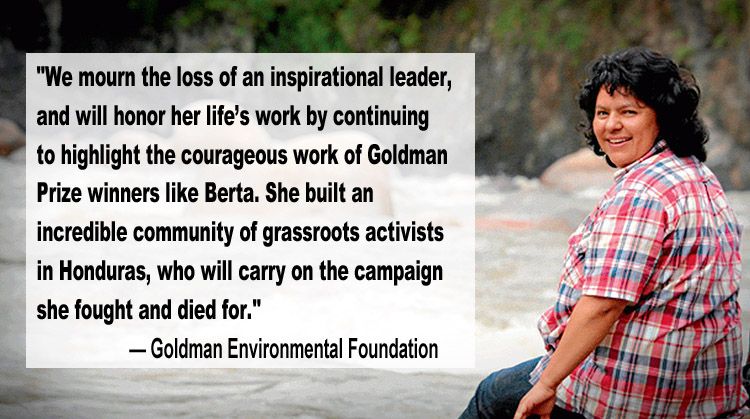 Many of our grantees have faced ridicule, harassment, intimidation and threats for their efforts to speak out to protect their human and environmental rights. In international philanthropic and NGO circles, we often call this “the closing space for civil society”—i.e., that public demonstrations and civil disobedience are increasingly being constrained and outlawed. A less sanitized term for this, that I prefer, is to call it the “criminalization of activism” such that is has now become a crime to be active in protest against authority and where the rhetoric surrounding that activism is increasingly hyperbolized and framed as “criminal” or worse.

As contests over land and resources escalate around the globe—often driven by extractive multi-national capitalism’s desire for hardrock mines, hydroelectric dams, rangeland for cattle and fossil fuels—these threats seem to be intensifying as they co-mingle with the same political grip that extractive capitalism seems to have on governments and elected leaders around the world.